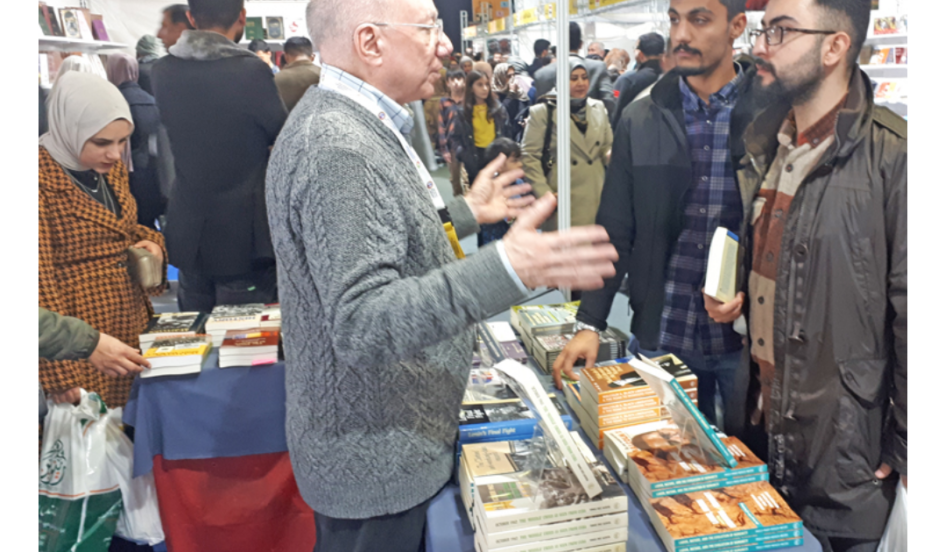 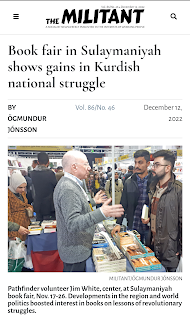 [….]  In recent weeks, both the Iranian and Turkish governments have stepped up military attacks on Kurds. Tehran has launched deadly attacks on protesters in Iran, and missile assaults on Kurdish-Iranian organizations based in Iraqi Kurdistan. Ankara has bombed Kurdish towns in both Iraq and Syria. Baghdad and the Kurdish Regional Government in Erbil have protested these violations of Iraq’s sovereignty, at the same time promising these two regional bullies to clamp down on exile groups.

These events, central to world politics, were on the minds of those who talked with volunteers at the Pathfinder Books stand, which featured books by communists and other working-class leaders. This was the fourth time the London distributor of books from New York-based Pathfinder Press participated in a book fair in the Kurdistan region.

What’s happening in Iran is not just a women’s movement, said university student Nwa Abdullah, “but also a Kurdish movement and a movement for freedom all over Iran.”

The struggles of Kurds in Iraq and Iran have been intertwined across history. Many have family or other links on both sides of the border imposed by these capitalist states, a mere 70-mile drive from Sulaymaniyah. A worker at a print shop turned out to be from Saqqez, the hometown of Jina Amini. She showed us videos on her phone of ongoing protests.

A book fair participant got a first-hand report from the Ekbatan area of Tehran Nov. 20, after a brutal government crackdown in Mahabad and other Kurdish cities. People were chanting “Mahabad, Kurdistan, setting example for Iran” into the night. Other fairgoers smiled and said they had heard this was being chanted elsewhere in Iran, too….