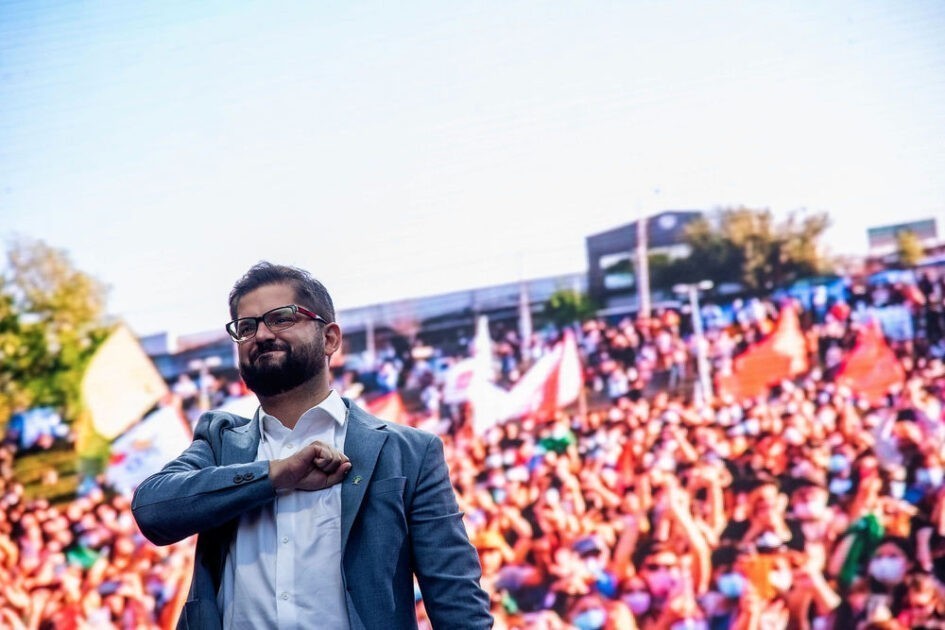 The thirty-seventh edition of our weekly review of international left and labour news with stories from the USA, Canada, Uruguay, China and elsewhere. There are also sections related to the victory of Boric in Chile and the Eighth Session of the IX Legislature of the National Assembly of People’s Power in Cuba. 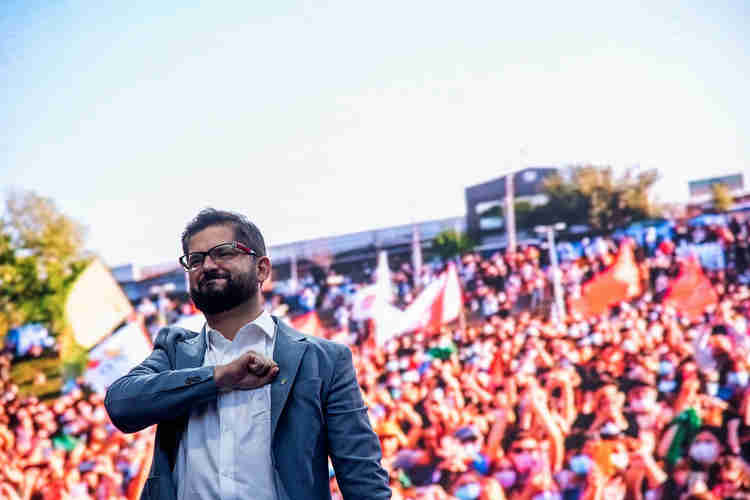 Energy Minister Livan Arronde announced that a new floating power plant arrived in Cuba on November 18 and will come into operation shortly to ensure the energy supply in his country.

The Academic Staff Union of Universities (ASUU), Plateau State University Bokkos chapter, on Monday, declared an indefinite strike, saying the state government had failed to fulfil the signed agreements with the union.

The decision to embark on the strike action was made at a stakeholders’ meeting of the union, held at the University.

The union representing employees at a Loblaw Co. Ltd. distribution centre in Ajax, Ont. has ratified a new four-year contract that will increase employer contributions to a group registered retirement savings plan.

In a display of unity that shows the threat posed to workers by the gig economy and gig economy giants like Uber that seek to redefine provincial labour laws in their favour, labour federations from across the country have issued a joint statement condemning the recommendations of the report of the Ontario’s Workforce Recovery Advisory Committee (OWRAC).

Coming just three days before Christmas to ensure maximum impact, the action caps a year of intense organizing and protest by Amazon warehouse workers who have been on the frontlines of both the Covid-19 pandemic and extreme weather events.

“Amazon.com Inc. workers seeking to unionize four facilities in New York City said they now have enough signatures to call for a vote.

The labor group filed a petition Wednesday to hold a union election after failing to collect the necessary signatures in the fall. To mark the occasion, workers organized a planned demonstration in front of a giant Amazon warehouse on Staten Island, one of the four locations in the borough covered by the petition.”

It’s beginning to look a lot like a Starbucks union wave (theleftchapter.com)

By now we have all heard the news that at least one Buffalo Starbucks location voted to unionize last week, the first to do so in the United States. This, rightfully, is being seen as an historic victory for workers in the American service/fast food sector and appears to already be having the hoped for and intended ripple effect.

In the days since the victory was announced other Starbucks locations and workers have declared their intention to organize and take on the coffee chain giant. This despite the huge efforts that Starbucks CEOs and management made to stop the Buffalo drives.

Amazon settles with NLRB to give workers power to unionize

Under pressure to improve worker rights, Amazon has reached a settlement with the National Labor Relations Board to allow its employees to freely organize — and without retaliation.

According to the settlement, the online behemoth Amazon AMZN, +0.02% said it would reach out to its warehouse workers — former and current — via email who were on the job anytime from March 22 to now to notify them of their organizing rights.

Uruguay: Fernando Pereira wins the internship and will be the president of the Broad Front | The union leader is getting 67.4 percent of the vote

With 61 percent of the advance of the scrutiny, it is confirmed that and union leader Fernando Pereira will be the new president of the Broad Front (FA), the left-wing coalition that ruled Uruguay for 15 years (2005-2020). The former president of the PIT-CNT gets 67.4 percent of the votes issued in internal elections; Gonzalo Civila, general secretary of the Socialist Party, is second with 10.4 percent; and the former senator of the Popular Participation Movement, Ivonne Passada, amounts to 5.4 percent. The elections were held on December 5 and, although the vote count has not yet finished (130 thousand people participated), the partial results show an indescribable difference in favor of Pereira.

Dozens of Apple employees staged a Christmas walkout, urging customers to boycott the company as they demanded better work conditions.

The protest, organised by the advocacy group Apple Together, came during the last-minute Christmas shopping rush, The Sun reported.

Cuba 8th Session of the National Assembly of the People´s Power:

“In this Cuba it will always be possible to do the impossible!” – Miguel Díaz-Canel Bermúdez

The Eighth Session of the IX Legislature of the National Assembly of People’s Power wrapped up last week in Cuba. The session included a renewed commitment to healthcare as a right for all Cubans and the greenlighting of a new family code that will now be put forward for popular consultation by the Cuban people.

At the closing of the session (December 22) Cuban President and First Secretary of the Central Committee of the Communist Party of Cuba, Miguel Díaz-Canel Bermúdez gave a tour-de-force speech in defense of the revolution and its accomplishments.

Here we have translated some highlights

Cuban President ratifies public health as right for all

Speaking at the 8th Session of the National Assembly of the People´s Power (ANPP, in Spanish), the Cuban President Miguel Díaz-Canel ratified on Wednesday that public health is a right for all, claiming that the right to life is protected and health is not considered as a commodity in Cuba.

The Cuban president recalled that his country has managed to develop five vaccine candidates to fight the Covid-19 pandemic, three of which are already vaccines authorized for emergency use: Soberana 02, Soberana Plus and Abdala.

“Our nation was the first in Latin America to present its own vaccine candidate and pioneer in mass vaccination for children,” he recalled.

After an emotional and in-depth discussion, the National Assembly of People’s Power unanimously approved the draft of the Family Code on Tuesday, to be submitted to popular consultation between February and April 2022.

The Minister of Justice summarized the main aspects of the legislative proposal, which strengthens family responsibility and updates family legal institutions, with an emphasis on love, human dignity, equality and non-discrimination.

In a hugely important victory for the left in South America Leftist Gabriel Boric has won the Presidency in Chile today. His far-right opponent José Antonio Kast has conceded defeat.

According to the New York Times “With more than 98 percent of ballots counted, Mr. Boric had won more than 55 percent of the vote and Mr. Kast had 44 percent. The margin surprised political observers because recent polls suggested the race was tighter.”

The win is a triumph for democracy in Chile and a repudiation of the legacy of the Pinochet dictatorship.