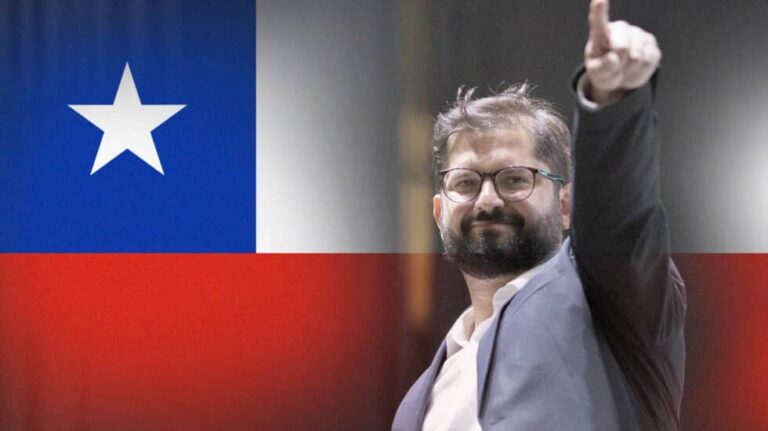 The recent electoral victory of Gabriel Boric does not represent a root solution to the current economic and political crisis in Chile. The Chilean workers and other popular layers must continue their frontal struggle against any capitalist management or government. Maintaining high expectations of change or even settling for the least worse is for the Chilean working class a trap imposed by the monopolies and the bourgeoisie. Let’s go to the facts and the historical experience to remember what results this brought for the working class, entering the game of bourgeois democracy.

First of all, Gabriel Boric represents the interests of Christian democracy, the same conservative groups that in the early 1990s agreed to remove the tyrant Augusto Pinochet and the military dictatorship, but without disrupting its Constitution or the military elites in the country. can. The same political and economic group of the so-called Concertación, which for more than a decade promised profound changes in favor of the middle and popular classes; and, on the contrary, ended up applying anti-worker and anti-popular reforms.

There is no positive solution to the profound problems of the Chilean working class within the game of bourgeois democracy. We have seen it during the last two decades: great political and social movements against neoliberal efforts. Then, the arrival of “progressive” governments, a lot of anti-imperialist and nationalist discourse, measures, and application of social programs with a certain economic margin for the popular layers. And later, after a short period in government, budget cuts in education, health, and application of labor reforms to the detriment of workers and more repression.

The so-called progressivism in Latin America is one more management of the governments of the bourgeoisie in times of capitalist economic crisis. In these last two decades, the general balance was negative for the Chilean working class and the popular layers. The Chilean State, as an administrative board of the interests of the bourgeoisie, was strengthened and managed to overcome a certain legitimacy that it had lost after two decades of the iron dictatorship of Pinochet. Worse yet, after the disenchantment of the Chilean popular layers with the efforts of the Concertación period and Michelle Bachelet, the reactionary governments resumed the administration of the state, as was the case of Sebastián Piñera.

The unfortunate experience of the Popular Union and the government of Salvador Allende gave us painful lessons, but opportunism wants to hide them to this day: peaceful and parliamentary paths to socialism are not possible without the destruction of the old, bureaucratic and decadent state machinery; true changes are not possible. Call it concertation, representative democracy, Christian democracy, social democracy, new left, pink tide, etc., etc., what all these currents represent is one more face of the dictatorship of the bourgeoisie and the power of the monopolies over the Chilean working class.

Both López Obrador in Mexico and Gabriel Boric in Chile, the bourgeoisie replicated similar government efforts to try to contain the growing reluctance of the working class and the popular layers. Faced with the impossible root solution to political and socio-economic problems such as universal health, free education, well-paid jobs with benefits, and labor rights; the bourgeoisie opts for demagogic governments whose government program is centered on a ridiculous promise of “fighting corruption, transparency, and administrative efficiency”.

Beyond the fabricated faces of the former student leaders of 2011, such as the current president of Chile, Gabriel Boric; there is rebellious youth, dissatisfied, rebellious, on the front line of the barricades, without fear and willing to continue the fight. There is confidence that sooner rather than later, the rebellious Chilean working class, the rebellious popular layers will know how to resume the street protest together with the students and the indigenous peoples of the region. At the same time, I am confident that the revolutionary organizations in Chile will know how to intervene in a more forceful way with a program and a class policy in the face of the bankruptcy of social democracy and its miserable program of reforms.