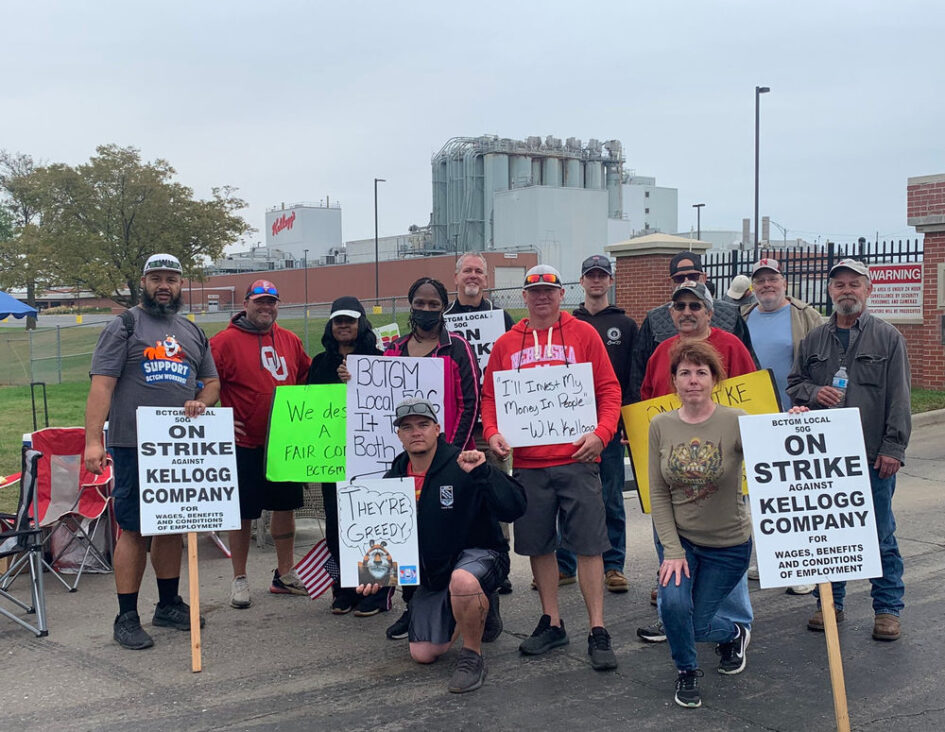 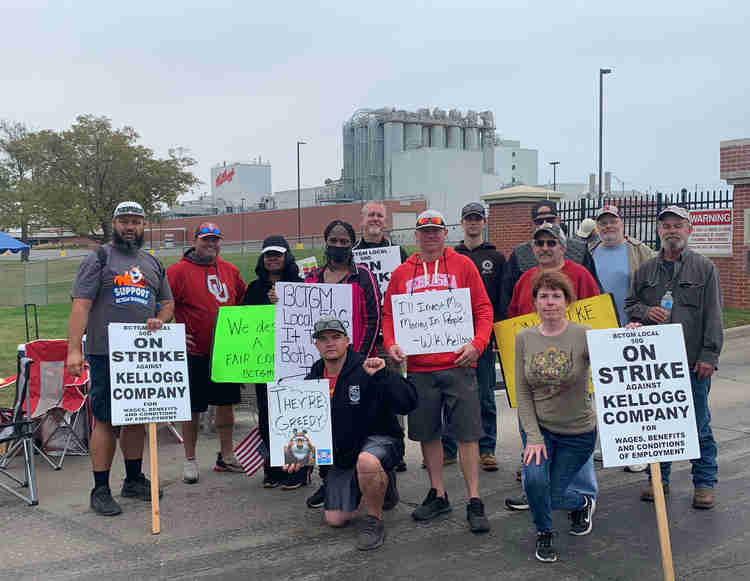 With over 1,400 Kellogg’s workers on strike at four plants in the United States, calls for people to boycott Kellogg’s products in solidarity with the strikers are growing.

As The Real News explains:

Workers at the Omaha Kellogg’s plant, represented by the Bakery, Confectionery, Tobacco Workers and Grain Millers International Union (BCTGM), went on strike on Oct. 5 along with Kellogg’s plant workers in Battle Creek, Michigan; Lancaster, Pennsylvania; and Memphis, Tennessee. On the Omaha picket line last weekend, workers spoke of punishing schedules with little to no time off and a punitive attendance-based point system that discourages workers from calling in sick. Workers at the Omaha plant have logged upwards of 3,600 hours per year at the plant, working every day of the week for months on end. To keep the plant running continuously, they are scheduled seven days a week, 12-16 hours per day, often working mandatory overtime. “It’s hard on you,” said Stephanie Sterling, a sanitation department worker with 35 years of tenure at the plant. “It’s hard on your work-life balance, it’s hard on your body physically and mentally.”…

In 2015, the company introduced a tier system that divides employees into one of two categories. The lower tier, called a “transitional tier,” is staffed by newer employees and does not offer the same wage and benefits upper-tier workers get. According to BCTGM Local 50G president Dan Osborn, who has worked at the Omaha plant for 18 years, roughly 90% of the new hires in recent years, all of whom have been funneled into the “transitional tier,” have been Black men and women who are making $12/hour less than their “legacy” counterparts. The 2015 contract negotiated by the union capped these transitional workers at 30% of the workforce. The theory was: As upper-tier “legacy” workers retire, transitional workers would then move up to take their place. As many of the workers see it, that simply hasn’t happened. “Corporate doesn’t want to ever give the opportunity to those transitional [workers] to ever make what they’re supposed to be making [while] working extended hours,” said Mario Gutirrez, an electrician’s apprentice with seven years of tenure at the plant. “We’re trying to keep food on the table for all of our families.”

For the workers at the Omaha plant, the cereal giant’s refusal to negotiate a fair contract is evidence of their corporate greed. “The company saw record profits from COVID,” Gbuchta said. “And they’re still trying to take from us. The company wants to make it out like we’re asking for the world and we’re really not. We’re just asking for equal pay for everybody that works in the plant side-by-side.”

In an effort to break the strike the company is bringing in scabs.

Supporters of the workers are calling for a boycott of all Kellogg’s brands while the strike is ongoing with many tweets like these ones:

The workers are members of the Bakery, Confectionery, Tobacco Workers and Grain Millers International Union (BCTGM) and while the union has not officially sanctioned the boycott, they are not opposed to it:

The BCTGM told HuffPost it is not declaring a formal boycott against Kellogg’s products at the moment, as it did against Nabisco. “However,” a spokesperson said in an email, “supporters and consumers could certainly support the Kellogg workers and their fight for a fair contract by choosing NOT to buy Kellogg cereals while the strike is ongoing.”

As BCTGM communications director Corrina A. Christensen put it further:

“There is not a sanctioned boycott of Kellogg cereals by the BCTGMHowever, if consumers were to take it upon themselves to vow not to buy Kellogg cereals until workers get a fair contract… that is up to the consumer. 😊”

Below are larger screenshots of all the brands that are under the Kellogg’s umbrella according to their website: 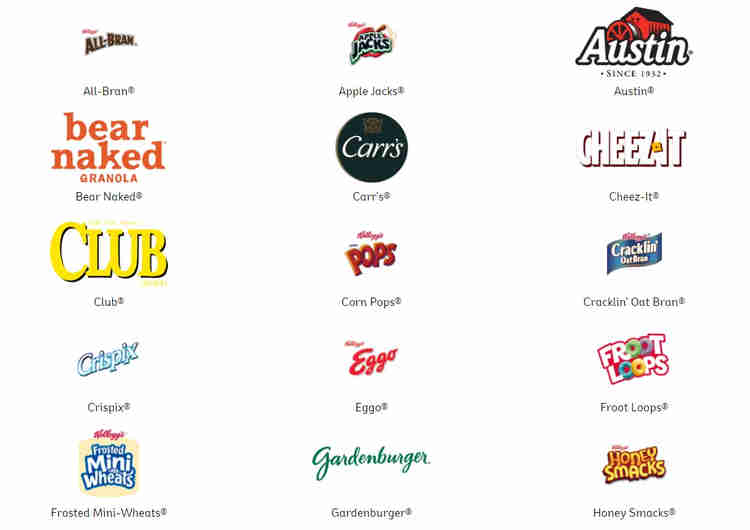 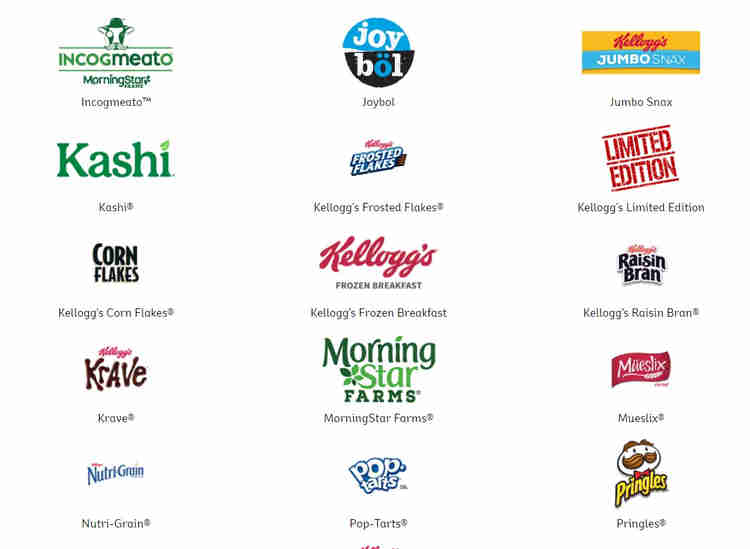