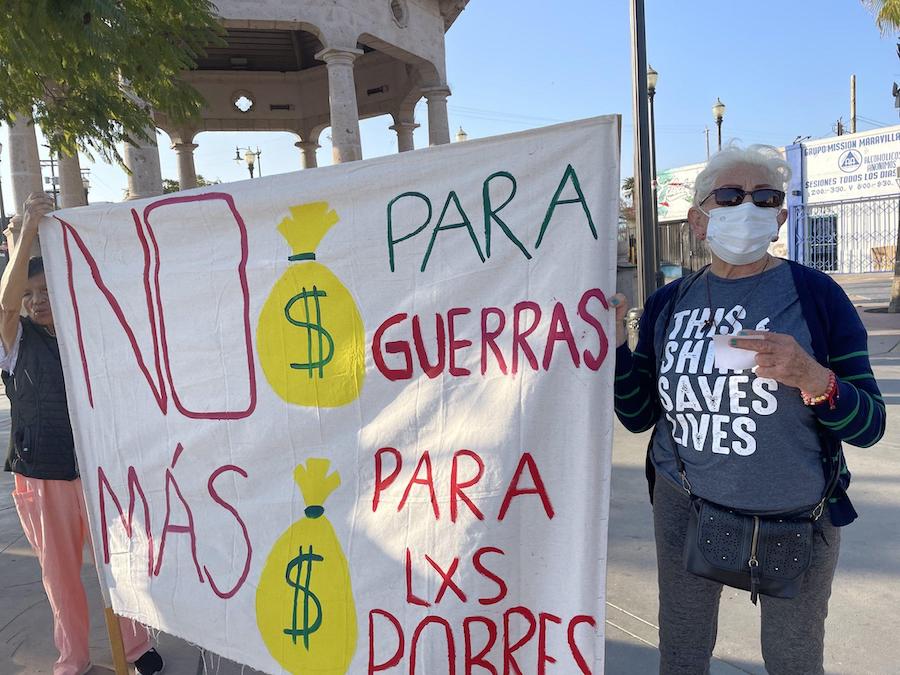 On April 1, tenants from Los Angeles and the Boyle Heights neighborhood protested at Mariachi Plaza against the State of California ending the Emergency Rental Assistance Program. According to the tenants this will put hundreds of thousands of renters in the area in jeopardy of losing their homes.

Leonardo Vilchis an organizer with Unión De Vecinos, which has initiated a rent strike in Boyle Heights, spoke to Liberation News and explained, “Basically we are here because yesterday the state canceled all the aid that they were giving through ERAP, and we are really concerned because more than half a million people here in the city are not going to be able to pay rent because they didn’t get the aid.”

After March 31 Californians can no longer apply for ERAP. Before ending ERAP, Assembly Bill 2179 was passed to shield people with pending applications from eviction, however this only lasts until June. Meanwhile less than half of the people who applied for ERAP have received assistance. More than a third of the applicants have received an eviction notice or a threat of eviction.

Vilchis explained, “The whole system has failed and really what we are seeing is that the state is not serious about solving the issues of tenants. It’s been two years of crisis and still there is nothing significant that has come to fruition so we are getting ready for the fight. This year that is coming is going to be preparations for evictions, resisting the displacement of people and finding an alternative to what the government is giving us.”

Sugeid Navarro, a tenant relying on ERAP, attended the protest and spoke with Liberation. “My experience has been very tense, very stressful, and very tedious, as I have been trying to fight for my rent. It took a year and a half of me applying with the ERAP program to finally get a little bit of resolution. Finally, in December, I got a card which I could withdraw money from to pay back the landlord. But this money did not cover all of my rent debt so I had to apply again for a program in another city.”

She continued, “I applied the second time back in October but just 15 days ago, like the middle of March, I finally got a response from them but they were asking for more documentation. This whole time I have been calling two times a week to find out what’s going on with my case and they would tell me, ‘oh go check your status on the internet.’ So then I finally got a call that they approved more money but still not enough to cover my rent debt.

“So I was very, very nervous and concerned because I still did not have the money to pay rent. So I called to ask why they weren’t paying for the rent assistance I applied for twice and they said, ‘oh well you can just reapply again for the amounts we still haven’t paid you.’ So I reapplied again for a third time.”

She added, “The problem isn’t just that I haven’t gotten fully approved for my rent debt, is that I also have my landlord on top of me constantly Every single day bringing the amount of rent that I owe him because in his mind once you apply it’s all well and good and he should just get a check so it’s really been a form of harassment…”

UDV is one of many tenants organizations across the country that has been taking bold action in defense of people’s human right to housing. UDV organizer Kenia Alcocer explained, “Two years ago on April 1 a lot of our community members decided to go on a rent strike. With the lockdowns and people losing their jobs a lot of people were not able to pay their rent, and two years later we’re still here fighting.”

‘Student debt hurts the economy and cancellation will improve lives’