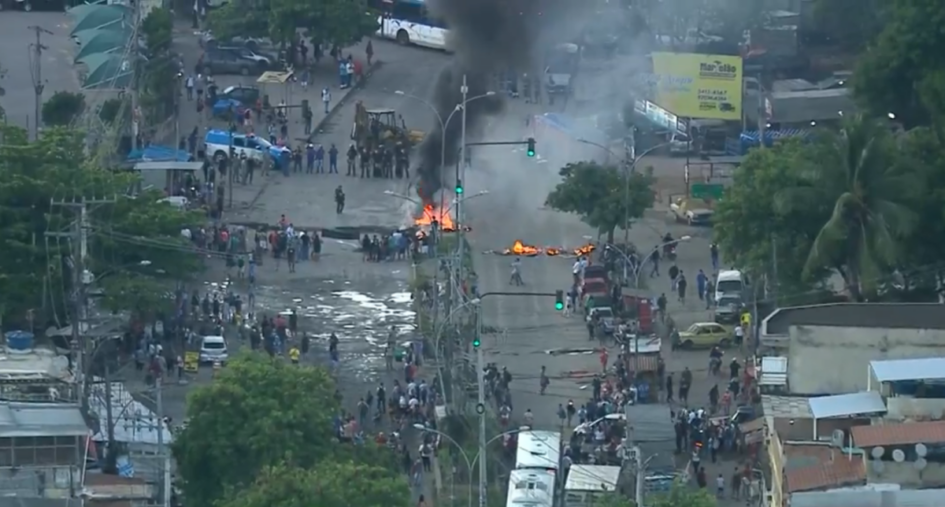 Photo: Residents of the Rio das Pedras favelas block the street leading into their neighborhood with burning barricades

On the morning of March 10 in west Rio de Janeiro, residents of the Rio das Pedras favela barricaded streets and fought police in defense of their homes and businesses.

Just five days earlier, the city government instituted a “Zero Tolerance” program, which targets the unpermitted structures common among the poorest working-class neighborhoods in Brazil for demolition. These structures have typically been home to families for generations and are constructed, improved, and maintained through the hard work of occupants and their communities.

The city’s new policy uses a rhetoric of ‘improving safety standards and conditions’, but in truth its goal is to clear space for valuable real estate. As the city destroys entire neighborhoods, the residents are displaced and forced into worse conditions in the farthest outskirts of the city.

Early Tuesday morning, in preparation for the planned eviction, residents of Rio das Pedras erected flaming barricades of wood and tires. The barricades blocked Avenida Souza Filho, the main street which connects Rio das Pedras to adjacent neighborhoods. Police and demolition crews were effectively barred from entry for about an hour.

Beginning their incursion, the military police and Municipal Guard attacked residents with tear gas and pepper spray. Residents defiantly pushed against the police lines and threw bricks and other debris to delay the assault. They held banners reading “We are not trash” and “We want to work.”

As the police forced the protesters back and demolition vehicles followed, shop owners hastily rescued what they could before their stores were destroyed. The demolition left over 150 such small vendors with nothing.

The residents were not deterred by the police repression and continued to throw debris and fight for their homes and stores as they were destroyed. Although the reactionary old state was able to destroy these buildings, they left residents of Rio das Pedras more organized, determined, and experienced to fight back.