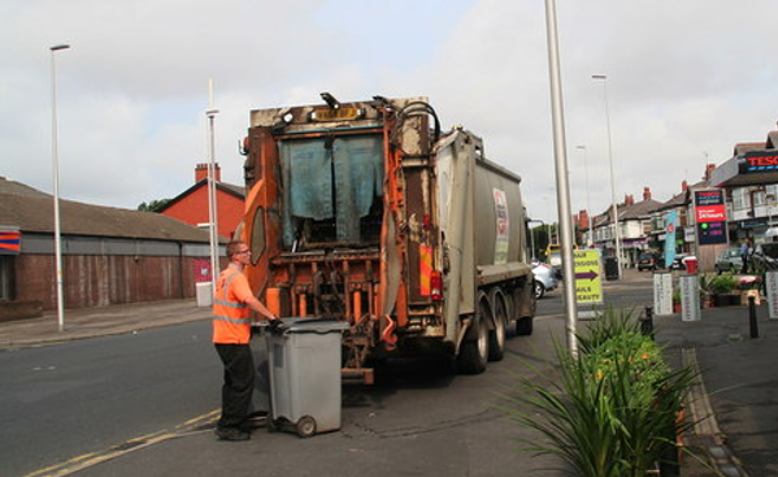 GMB union and Brighton City Council agreed a pay-and-conditions deal this week that will lift all low-paid staff at Sussex council, not just the members involved in the dispute. Council bin collectors and drivers had been on full-on walkout since 5th October. Full details of the deal have yet to revealed, but GMB officials assert that it ‘ticks all the boxes and more’.

“We are very proud of GMB members for standing up for themselves to win their own respect and fair treatment. They have also had amazing public support despite the inconvenience the people of Brighton and Hove have had to put up with.

“We will also see all lowest-paid council staff – predominantly women workers – across the city get a pay rise as a consequence of this GMB Cityclean campaign.”

Around twenty-five production and warehouse staff at Evonik’s Clayton site are striking after rejecting a 1.5% pay offer. Evonik is a German company whose products support the construction and motor industries. The planned strike days are 18th, 23rd and 24th October as well as 12th, 13th and 14th November.

“Evonik Chemicals in Clayton made pre-tax profits of nearly £5.5 million last year, while the global company generated sales of £10.3 billion and had an operating profit of £1.6 billion.

“The company is clearly flush with money but is offering our members what amounts to a real-terms pay cut. It is unacceptable. Unite is determined to fight for members’ jobs, pay and conditions. This attack on our members’ living standards will be met with the full force of the union.”

This is fighting talk from the new General Secretary, let’s hope it’s backed up by support from the whole labour movement including the city’s formidable trade council.

A new wave of industrial action is taking off across the US. Read John McGrath’s report here. 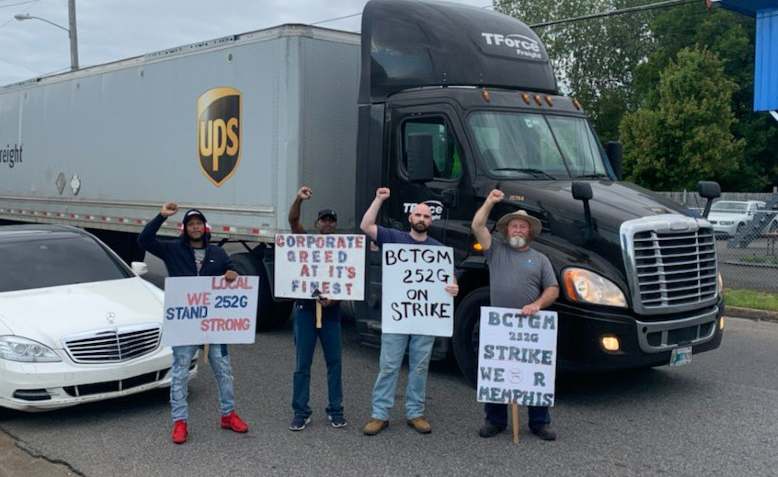 Cleansing workers who are in the GMB have voted to go on strike on 1st November over pay and conditions. This falls on the first Monday of COP26. Unite members in the city’s cleansing department will refuse to cross picket lines, and this will bring the city cleansing services to a standstill.

Living Rent Scotland’s tenants’ union have joined forces with the GMB in Glasgow and together they are making a series of demands to resolve the city’s cleansing crisis:

Services have been systematically cut for decades. However, most of the demands being made by GMB and Living Rent are responses to cuts made since 2017 by the SNP and the Scottish Greens on the council. This administration has turned Glasgow into an environmental disgrace. In September, Bernard Ponsonby on STV claimed that Glasgow streets were “filthy”. The council leader, Susan Aitken denied there was a problem, and claimed there were only patches that had issues. All the city needed was a “spruce up”, she insisted.

On Saturday 23rd October, Living Rent branches are coordinating litter picking and outreach sessions in their communities. They will then assemble at George Square, outside the council’s City Chambers with the rubbish they have collected. There will also be a rally.

Unite and RMT Stagecoach workers all over Britain have been in dispute.

Unite Stagecoach drivers in South Wales have been on strike since Tuesday over pay. There have been two rounds of talks with ACAS, resulting in a new pay offer from management, which the workers have unanimously rejected. The workers will continue to strike until their demand for £10.50 an hour is won. Currently, the strike is planned to continue until 23rd October.

RMT Stagecoach workers in the southwest were due to go on strike, however, RMT suspended the strike at the last minute, after bosses have offered a pay increase of 4.4% that may have conditions attached. RMT members will vote on the offer.

“The failure to tackle poverty pay in the bus industry is brewing up a skills crisis which threatens the future of lifeline services across the southwest.”

Unite Stagecoach drivers in Bolton and Manchester have called off their strike after winning a 3.7% pay offer. Unite called off a stagecoach strike in Lancashire after a one-year pay deal was accepted resulting in a 4.4% pay rise.

Unite Stagecoach workers in South Yorkshire are balloting over pay: the ballot opens on 22nd October, and closes on 8th November. If a yes vote is secured workers could be on the picket lines in mid-November.

Unite workers at another major bus company, First in Sheffield, are balloting to strike over terms and conditions with drivers working long hours and having to drive up to 5.5 hours with no break.

UVW workers at the Sage Nursing Home in Golders Green were on strike this Thursday fighting for decent pay and sick pay. Cici Washburn reports from the picket line.

UVW and PCS Royal Parks workers are on their second strike, after action began at the end of July, this phase lasting for the whole of October. They held a protest outside a Royal Parks Trustees meeting on Wednesday. Many joined them in solidarity, including John McDonnell. More information on the dispute is on the Counterfire website.

You can donate to the strike fund and email bosses in support of the workers here.

Domestic workers at Great Ormond Street Hospital have won full parity with NHS workers’ rights after voting to strike with a 97% yes vote.

Earlier in the year, they fought to be bought in-house and won. However, once they were bought in-house, they still weren’t getting equal terms and conditions with NHS staff. The workers still say that if bosses don’t stand by this agreement, they will walk off the job.

“We’ve been fighting with the help of the UVW to be treated equally in the NHS. We won the fight because we voted yes to go on strike and GOSH gave in to us.”

Three hundred workers at Ponticelli and Semco Maritime are balloting for industrial action against ‘slash and burn’ proposals to pay, terms, and conditions including pensions, sick pay, and work allowances.

The workforce – mechanical technicians, pipefitters, instrument technicians, operation and production technicians, riggers, and deck-crew – are members of Unite the Union and could be out on strike as early as December.

“The proposed cuts to pay, pensions, and the wider terms and conditions of workers employed by Ponticelli UK and Semco Maritime are tantamount to slash and burn. Some of our members face the horrific situation of having their pension cut potentially by up to £40,000.”

All members of Aslef across London Underground are urged to vote ‘Yes’, and return their ballot papers in a critical fight to defend jobs, conditions, and pensions.

In a notice addressed to members, Aslef London organiser, Finn Brennan highlighted the attack on pensions:

“Do not underestimate just how much this could cost you. Moving away from a defined benefit, final-salary scheme to a defined cost “money purchase” scheme, as so many employers have already done, would mean members would be many tens of thousands of pounds worse off in retirement. That is not just hyperbole. It is the stark reality of what changes to the pension scheme would mean for your future living standard and the dreams you have for your future.”

All the other unions, RMT, TSSA, and Unite the Union are gearing up for similar strike ballots too. For a full background on the crisis in TfL see the latest rank-and-file publication Tunnel Vision.

There was a determined mood on the picket line at the College of Haringey, Enfield and North-East London. Friday 15th was the final day of a ten-day strike and one of the striking lecturers told Counterfire they’re ready for ten days more:

“The new management have explicitly told us that their new management style is command and control, there is no room for anyone else to have an opinion.”

Amongst other things management have ripped up longstanding agreements about observation. Under new policies, managers can come and observe any time, any place at no notice. 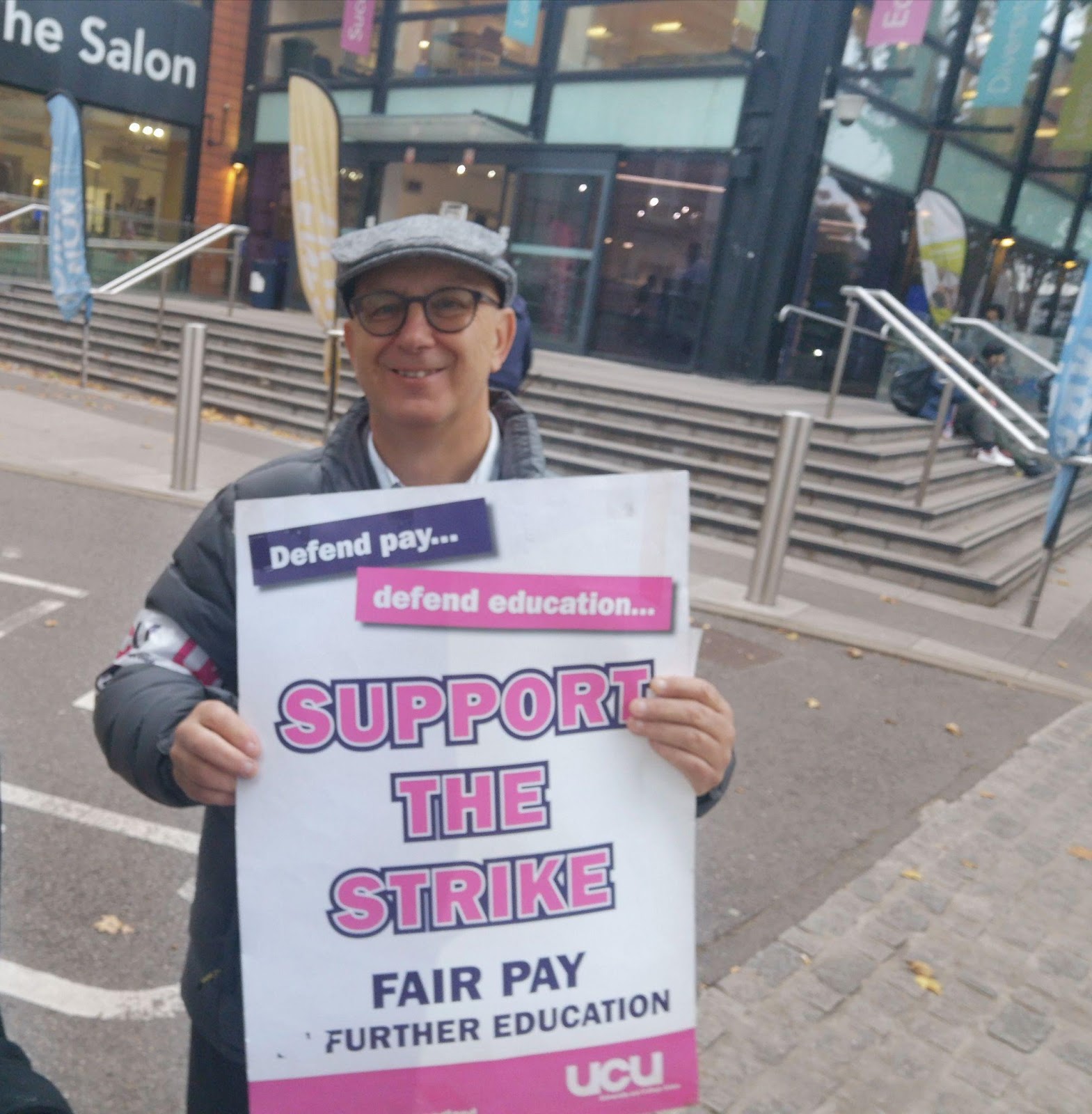