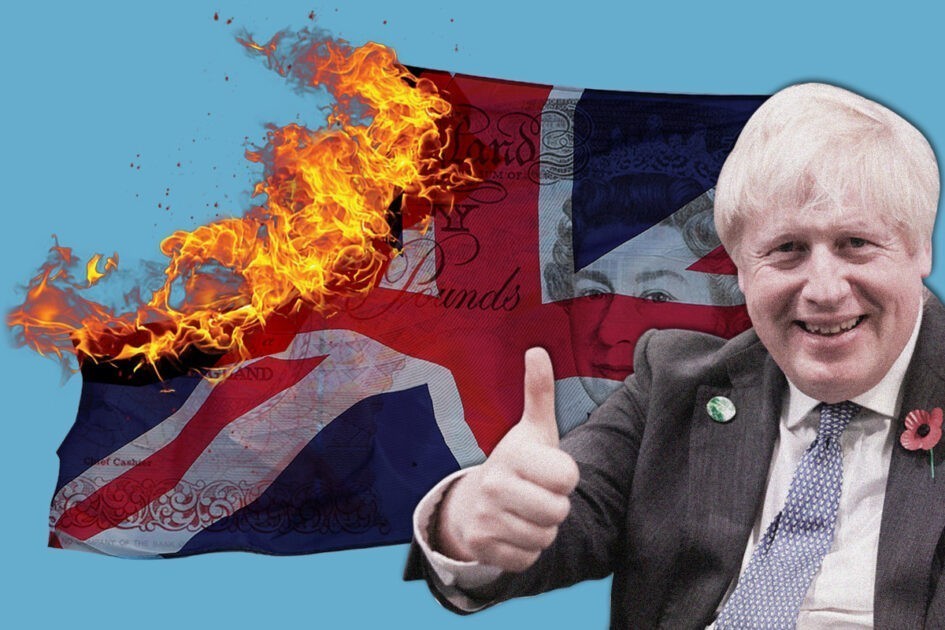 Despite mounting pressure on all sides, the Prime Minister is stubbornly clinging on. But it is clear that the ruling class is looking to replace him. This is opening up a crisis for the whole establishment, preparing an explosive situation.

“In a revolutionary period the old ‘superstructure’ falls apart, and, in full view of everyone…” (Lenin).

In the past, disputes amongst the ruling class occurred behind closed doors. They would keep their squabbles away from the prying eyes of a ‘third party’ – namely, the working class. ‘Discretions’ at the top, which were widespread, were kept safely under wraps.

But not anymore. Scandals at the top are being revealed on a daily basis. The sordid intrigues and corruption in the Tory Party, Downing Street, the Royal Family, and the establishment more generally, are played out in full view of the public. It seems like the old ‘superstructure’ is crumbling.

At the present time, the battle to get rid of Boris Johnson – the maverick, lying, self-promoting Prime Minister – is reaching a crescendo. Even the Tory gutter press are baying for his blood.

Within two years, Boris has gone from hero to zero. His personal ratings have reached rock bottom. He is a dead man walking. 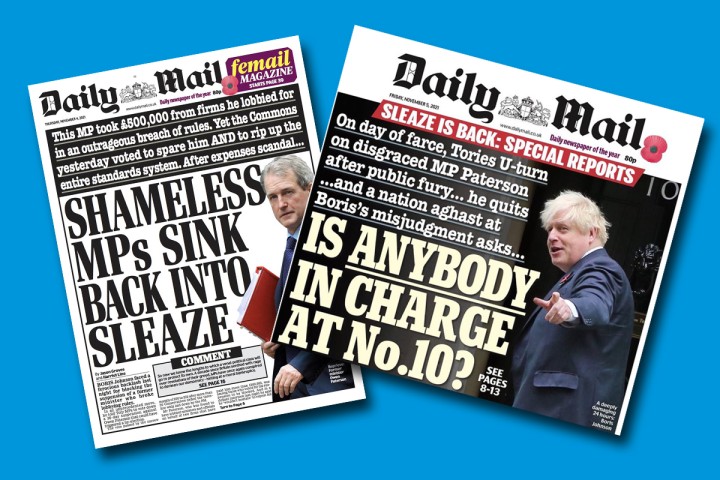 Within two years Boris Johnson has gone from hero to zero – his personal ratings have reached rock bottom. / Image: fair use

“In the name of God, go,” bellowed Tory grandee David Davis recently to Johnson and a shocked House of Commons.

One Tory backbencher – seeing the writing on the wall as the party slumps in the polls – has already defected. Others have submitted votes of no confidence, with more expected to follow suit if the evidence against the PM mounts.

Under pressure, the Metropolitan Police have stated that they are launching an inquiry into the series of illicit gatherings that are alleged to have taken place at Number 10 during the lockdown.

Given the Met’s own history of corruption and softness towards the rest of the establishment, however, this is unlikely to produce anything more than a slap on the wrist.

At the same time, Johnson and his ministers – along with MPs and the general public – are awaiting the imminent publication of the report by Sue Gray, the senior civil servant tasked with conducting the official investigation into‘partygate’.

This is likely to end up being a damp squib. But there is a chance it could provide further damning revelations, stirring up a hornet’s nest for the scandal-ridden Tory leader, and leading to louder calls for his resignation.

For now, however, Boris Johnson is clinging on, refusing to step down, and telling Parliament at the latest PMQs that he is determined to “get on with the job”.

Crisis of the regime

Nevertheless, the strategists of capital hope that they can get rid of Johnson and replace him with someone more manageable.

This is a risky business, however, as the choice of substitutes is limited. And it is the mad ranks of the Tory Party, the Little Englanders, who will ultimately get to choose who is the next prime minister.

This crisis at the top of society – in the ruling circles – is extremely dangerous. They are playing with fire. These public revelations and scandals can bring the whole edifice into disrepute.

In the eyes of millions of ordinary people, the authority of these pillars of capitalism are being undermined. The masses are growing more sceptical by the day.

Lenin explained that the first condition of revolution is a split in the ruling class. The chaos at the top in Britain means that a gulf has opened up, as the contradictions for capitalism continue to pile up.

Everywhere you look, there are huge problems emerging. This is a graphic pointer to future revolutionary convulsions and crises in Britain, as elsewhere.

In the past, the British people showed a certain respect for the ‘powers that be’ – namely Government, Parliament, Monarchy, Church, Police, and the Establishment generally.

Before the war, Trotsky referred to the ‘deference’ shown by the working class towards their ‘betters’. But not anymore. This has now evaporated. Today, there is contempt and even outright hatred displayed towards these once august institutions. 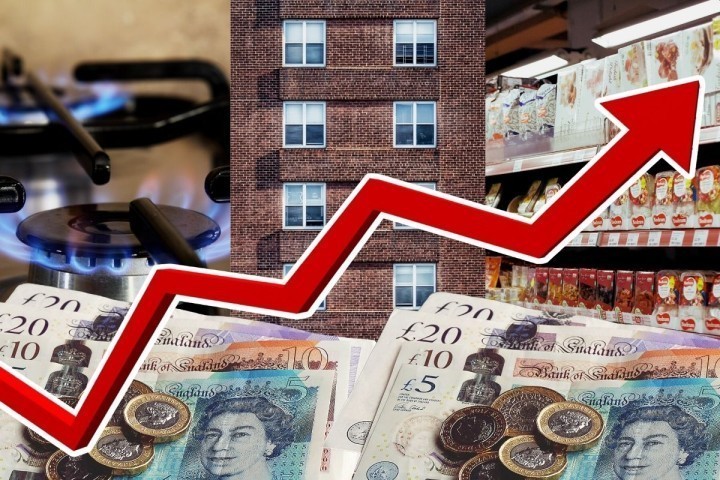 In the past, the British people showed a certain respect for the ‘powers that be’ – But not anymore. Today, there is contempt and even outright hatred displayed towards these once august institutions / Image: Socialist Appeal

The right-wing Economist magazine recently warned about the upset this political crisis is causing. “It is not in Number 10’s garden, but in the supermarkets, petrol stations and doctor’s waiting rooms that Mr Johnson’s fate will be decided,” the liberal journal commented.

We would say, not only Johnson’s fate.

In ‘normal’ times, people do not get involved in politics. They get on with their daily lives. But this has changed. This turmoil at the top is coinciding with a crisis down below.

“All this adds up to a cost-of-living squeeze that will be greater than any Britons have seen in their adult lives.”

As a result, millions are now discussing politics in the bus stops, pubs, hairdressers and workplaces. There is a growing, seething anger at the elite, their representatives, and their lies and shenanigans. This represents the beginnings of the entry of the masses onto the stage of history.

“Reason becomes unreason,” explained the philosopher Hegel. Things have dialectically turned into their opposite. From a relatively stable country, Britain has now become one of the most unstable countries, at least in Europe. We are in a period of sharp and even violent swings – politically, economically, and socially.

This will also bereflected in the class struggle, as pressures mount on the trade union leaders to act. ‘Enough is enough’, will be the cry. No amount of anti-trade union laws will hold the line once the workers begin to move.

Starmer and the establishment

Out of panic, meanwhile, rats are leaving the sinking Tory ship, as the party slumps in the opinion polls – ten points behind Labour according to some surveys.

Christian Wakeford, the true blue Tory, recently crossed the floor to join Labour, in the hope of clinging to his seat in Bury South (and to the delight of Starmer and the right wing). According to one poll, Labour has a 11-point lead in the so-called ‘Red Wall’ seats captured by the Tories in 2019. 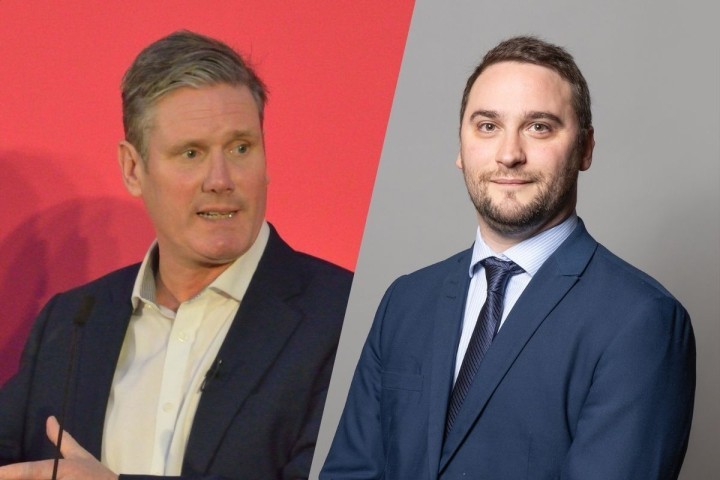 Out of panic rats are leaving the sinking Tory ship, as the party slumps in the opinion polls / Image: Socialist appeal

Keir Starmer is now being deliberately built up in the media as a possible alternative to the Tories. Under his leadership, the Labour Party has moved far to the right.

“We are the party of business,” states Rachel Reeves, the shadow chancellor. These Blairites yearn to be faithful servants of big business. Starmer, this knight of the realm, is desperate to show his ‘statesmanlike’ credentials.

While we will fight to get rid of this hated Tory government, we also have to warn that if Starmer enters Downing Street, this establishment lickspittle would act no differently in reality to his Conservative predecessors. He too would try to make the working class pay for the crisis.

This in turn would lead to an explosive situation, leading to a head-on confrontation with the working class, as with the Winter of Discontent in 1979.

On the basis of capitalism there is no solution for workers and youth, only increased misery.

The task remains to build the forces of Marxism, in the form of Socialist Appeal, the British section of the International Marxist Tendency.

Only in this way can we offer a path out of this crisis, and prepare the conditions for the overthrow of capitalism in Britain and internationally.

We therefore appeal to our readers, if you haven’t done so already: don’t stand on the sidelines – join us!

Originally published on 28 January at socialist.net |

Is this the beginning of the end for Boris Johnson? – CounterBlast

Could Boris Johnson be on the way out at last?

Shropshire by-election disaster and the Death Agony of Boris Johnson

Sorry, not sorry: Boris Johnson’s got to go

One Drinks Party Too Many: Boris Johnson and Breaching Lockdowns