British Marxists at milestone conference: “the future belongs to us!” 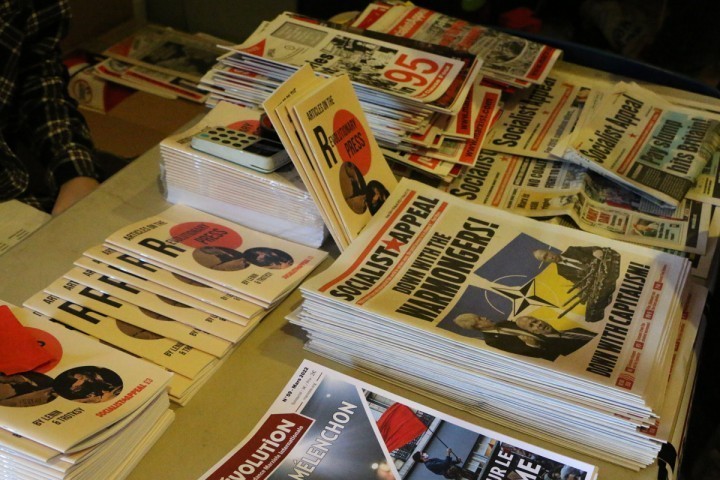 This weekend, hundreds of Socialist Appeal supporters met for this year’s national conference – not only to celebrate the organisation’s 30th birthday, but to prepare for the revolutionary events that lie ahead in Britain and beyond.

Last weekend, on 18-20 March, hundreds of Socialist Appeal activists from across the country gathered in London for a historic national conference.

Not only was this the first in-person conference of the Marxist tendency in Britain since 2020, it also marked 30 years since Socialist Appeal was founded and first published in 1992.

This year’s conference was notable both for its youthful composition and enthusiasm, and for its incredibly high level of political discussion, based around the perspectives for revolution in Britain and internationally.

These discussions were not out of academic interest, however, but to shape our strategy and tactics, in order to build the forces of Marxism for the titanic events that impend.

Kicking off the event on Friday evening was Fred Weston, a leading comrade of the International Marxist Tendency (IMT), who introduced the discussion on world perspectives.

In a period of war, instability, and inflation, the need for a sober Marxist analysis of the global crisis of capitalism has never been clearer. 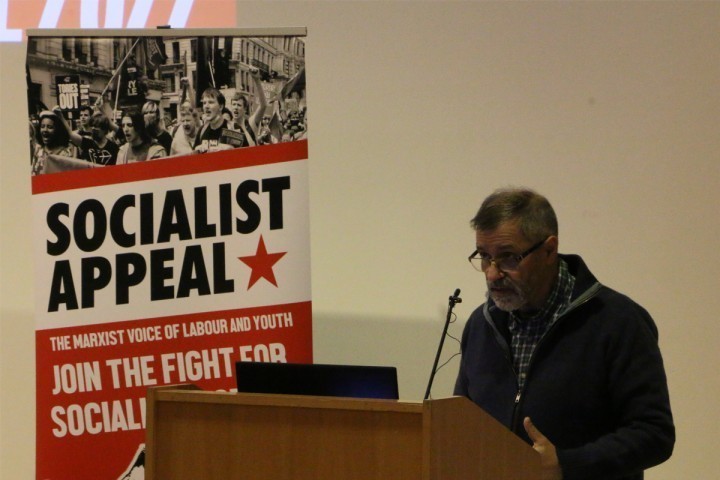 In a period of war, instability, and inflation, the need for a sober Marxist analysis of the global crisis of capitalism has never been clearer / Image: Socialist Appeal

Just as was seen following the outbreak of the First World War, many on the left have fallen in line behind one imperialist power or another in regards to the conflict in Ukraine, readily entering into a bloc with their own reactionary ruling class.

By contrast, Fred and others cut through the lies and hypocrisy surrounding the war, arming comrades with a bold, internationalist, class-based position, based on the slogan: “The main enemy is at home!”

This discussion was paired with a report on the activity of other sections of the IMT around the world. This included a standout report from our Russian comrades who, at great risk, are fighting Putin’s regime and putting forward a Marxist perspective on the invasion of Ukraine.

What was immediately striking about the weekend’s discussions was how many new faces contributed.

This stands as a testament to the solid growth of the organisation in recent years: a product of diligent work building amongst the youth on the firm foundation of Marxist theory.

This growth has not just been quantitative but qualitative. And the clarity and depth of ideas presented at the conference reflected this, with comrades displaying an impressive grasp of Marxist theory, and its application to the processes and struggles taking place today.

Comrades from universities and colleges, for example, spoke confidently – many for the first time – about their experiences over the past year, highlighting the radical mood amongst the youth.

It is often remarked that the youth are the future. That is why the ideas of Marxism appeal so much to these layers, as only these ideas can make sense of the world and provide clear solutions for the youngest generations.

Particularly inspiring were the reports from comrades in Leeds, who – by building connections with workers in local university branches of the UCU and Unison – led a march of over 1000 workers and students through the city centre during the recent NUS walkout.

Similarly, Lilly Boulby, one of two young members’ reps on the Unison NEC, spoke on the victimisation of Unison President Paul Holmes by the right-wing union bureaucracy, and reported on how Marxist ideas and demands have found an echo amongst rank-and-file members.

Perhaps the most inspiring session of the event was the financial collection.

This saw an incredible £77,000 raised thanks to the creativity and sacrifice of the comrades, including many students and young workers. 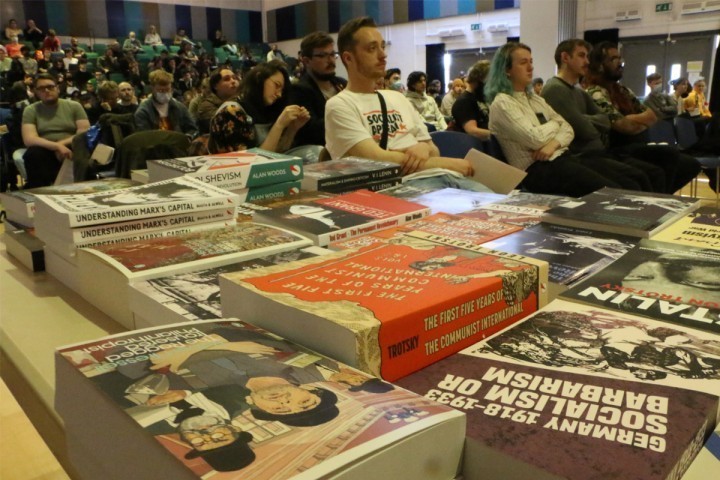 An incredible £77,000 have been raised thanks to the creativity and sacrifice of the comrades, including many students and young workers / Image: Socialist Appeal

This will go a long way towards building the forces of Marxism – particularly towards the aim of purchasing our own office, in order to facilitate the continued growth of the organisation, in Britain and internationally.

This serious attitude to revolutionary finance demonstrates comrades’ commitment and dedication – flowing from a clear political understanding of the historic tasks that lie ahead.

Comrades’ creativity was on display at the merch stall, with t-shirts, posters, and socks (amongst other things) produced in order to raise money; and also at an art auction held at Saturday night’s social.

The social also saw entertaining musical performances from comrades, including a modern version of Phil Ochs’ classic, Love me I’m a Liberal, updated to reflect the hysteria surrounding the war in Ukraine.

A thick malaise of pessimism hangs over much of the left in the current period. Without any perspective, unable to see a way out, many activists are gripped with despair in the face of capitalist crisis, wars, pandemics, the climate catastrophe, and oppression.

What was clear from the very start of this conference, however, is that the mood amongst the Marxists is completely the opposite.

Only the ideas of Marxism can explain the crises that are unfolding around us; the horrors that blight society under capitalism; and, most importantly, the solution: the socialist transformation of society / Image: Socialist Appeal

Our optimism does not come from naivety, but from the power of Marxist ideas, which provide a scientific understanding of society; of how capitalism functions; and of how consciousness develops.

Above all, this understanding gives us an unshakable faith in the revolutionary potential of the working class to transform society.

Whilst we celebrate the past 30 years of the organisation, then, the sights of comrades are set firmly on the future – and particularly on the new layers of workers and youth who are being drawn into the struggle on the basis of events.

Only the ideas of Marxism can explain the crises that are unfolding around us; the horrors that blight society under capitalism; and, most importantly, the solution: the socialist transformation of society.

As was quoted at the conference, the final word can go to Lenin:

Originally published on 22 March at socialist.net |

Socialist Appeal conference 2022: “The future belongs to us”

Cuba reaches milestone with 60% of its population being fully vaccinated

‘Fidel belongs to the working people of the world’ – The Militant

The Left has culture, but the World still belongs to the banks: The Sixth Newsletter (2022)

The Conference on the Future of Europe: Background and Structure

Labour purge: Starmer steps up attacks on the Marxists

Britain: Labour purge – Starmer steps up attacks on the Marxists