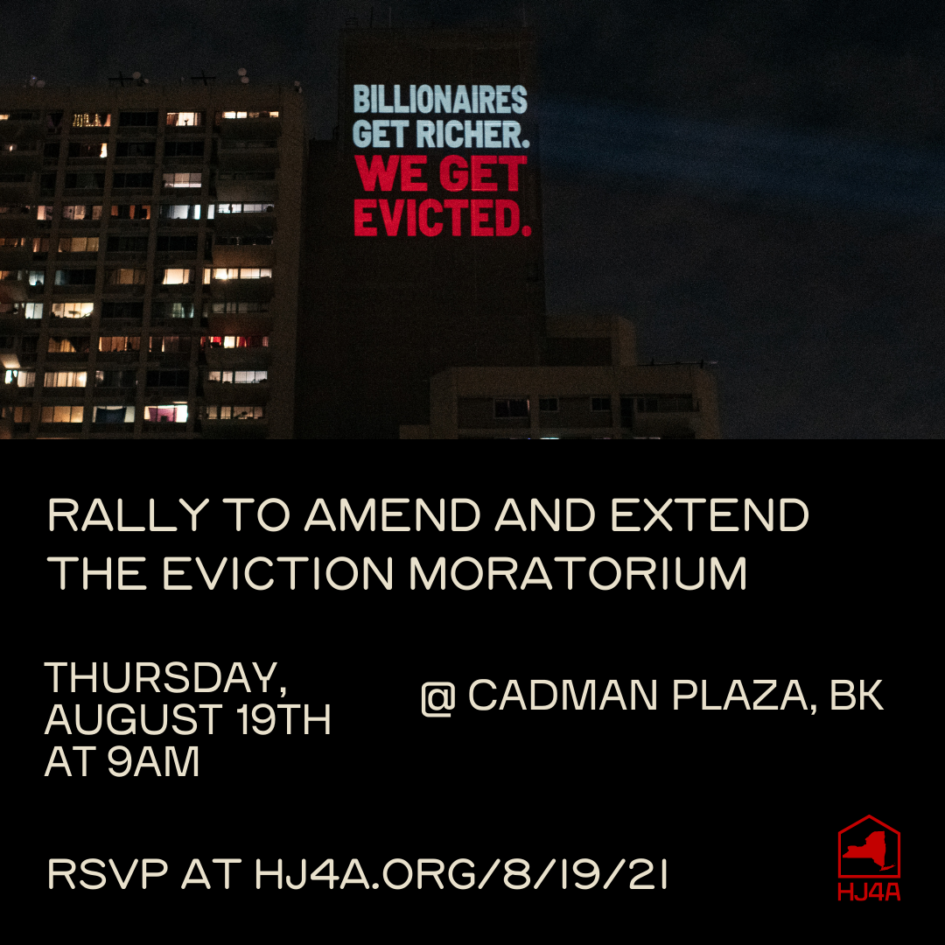 As you have heard, last week the Supreme Court struck down part of our NYS Eviction Moratorium, but along with our allies in the city and the state, CHTU is organizing to fight back.

REMEMBER: this is definitely a stressful time, but you’re not alone, and you still have rights as a NYS tenant – you can’t be evicted without going through court; only a judge can order your eviction, and only a marshal can carry that eviction out. Here are some upcoming actions and meetings where you can join us to get informed, get involved, and fight back:

Lastly, you can also support the fight to stop evictions by signing the coalitions’ petition to get our incoming governor to take action, and by using this easy link/script to call your state reps to demand that they go back to Albany and do the right thing.