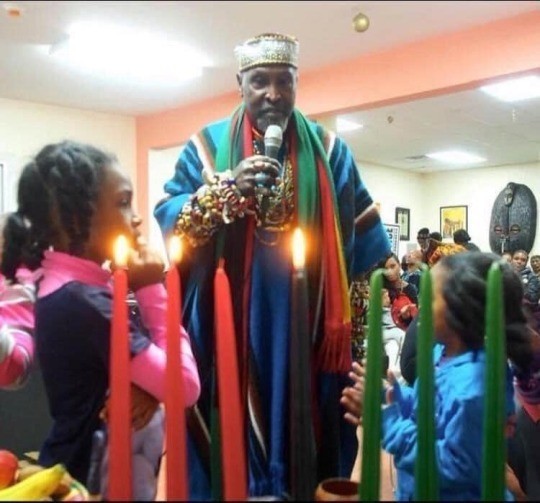 When Milton lived in Los Angeles, he belonged to the US Organization, which was named “US” in reference to “‘us’ Black people,” when juxtaposed to the perceived oppressors, “them”. Milton became the cultural minister and was instrumental in helping to develop the now well-known holiday, Kwanzaa. It was also where he was given his African identity: Brother Aminifu.

At the suggestion of Baba Amiri Baraka, Milton eventually moved back to the East Coast and settled in Newark, New Jersey, where he became employed with the Ford Motor Company. He worked there for more than 30 years. During that time, he became a fearless union organizer and was made chair of the Fair Practices Committee. He held various chair positions throughout the United Auto Workers union.

Upon going to his first People’s Organization for Progress (POP) meeting, he decided to become an active member and served in many capacities. From the organization’s pro-reparations stance, to ending wars and stopping police brutality, he strongly supported all of its social justice stances and was the first one to show up to its many calls for action.

He was the historian, leader of the study group, and represented POP on the Human Rights Committee, International Affairs Committee, coalition and committees on Cuba, served on POP’s Kwanzaa Committee, Justice Monday Committee, and the Saturday Empowerment Team. In addition, he was a speaker at numerous POP and non-POP events.

Our Brother Milton Williams, Brother Aminifu, served his family and his community well. He was a giant among revolutionaries who soldiered under Brothers Malcolm, Martin, Mtume, Kwame Toure, Amiri Baraka, Elombe Brath, etc. He stood with the likes of sisters such as Angela Davis, Claudette Colvin, Amina Baraka, Tawana Brawley, Sarah Collins Rudolph and so many, many others. He lived every moment of his life dedicated to the love of his family and the love of his community.