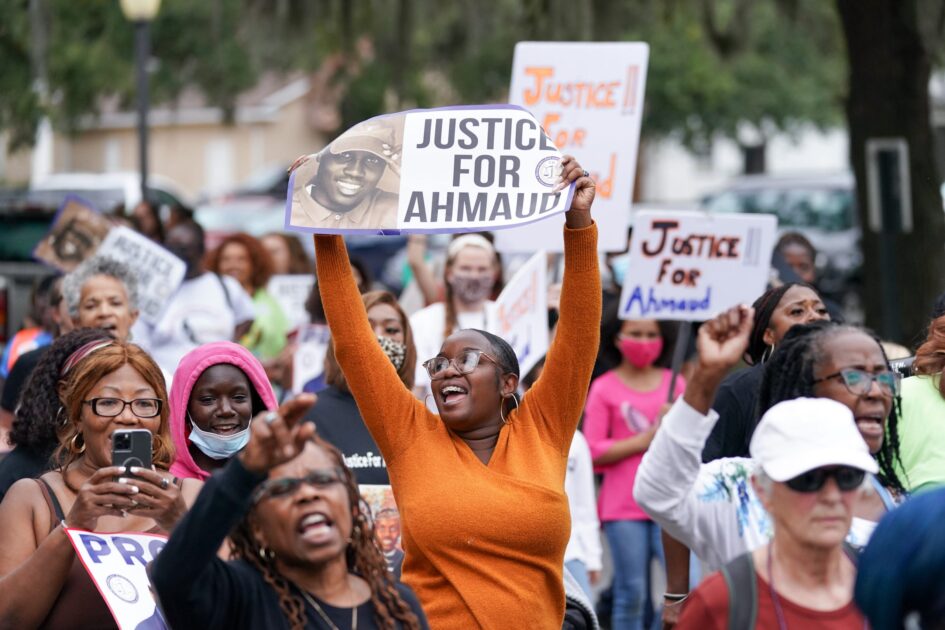 In the town of Brunswick, Georgia, Gregory McMichael, his son Travis McMichael and their neighbor, William “Roddie” Bryant, are on trial for the racist murder of unarmed 25-year-old Ahmaud Arbery on Feb. 23, 2020. Arbery was chased and gunned down as he jogged past their Satilla Shores homes. 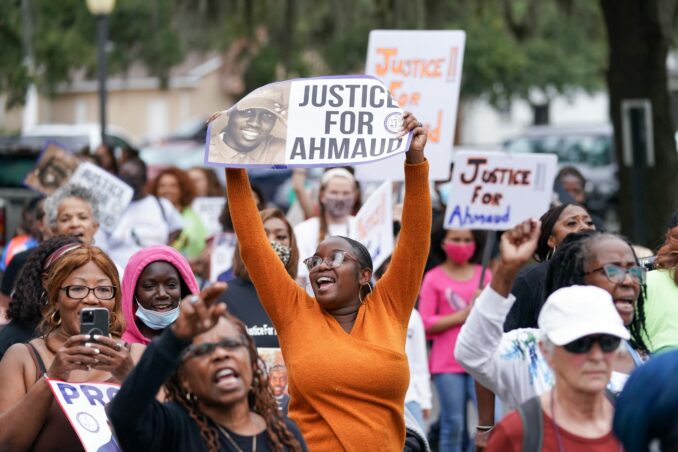 Defense attorney Kevin Gough represents Bryant, who was not carrying a gun, unlike the McMichaels, but who videotaped their pursuit and murder of Arbery. Although Bryant’s role is not as central to the multiple charges all three men face, his attorney has been the most aggressive and calculating in escalating racial animus.

Gough has repeatedly argued for a mistrial, alleging that the presence of well-known civil rights pastors, including the Rev. Al Sharpton and the Rev. Jesse Jackson, appear “intimidating” to the majority-white jury. The ministers are sitting quietly next to Arbery’s parents in the courtroom to give them support.

Gough peevishly asked, “How many pastors does the Arbery family have?” His own response, “We don’t want any more Black pastors coming in here,” brought a flood of religious leaders from multiple faiths to Brunswick on Nov. 18. An estimated 750 people — a mix of ministers, imams, rabbis, community members and out-of-town supporters — formed a “Wall of Prayer for justice for Ahmaud” around the courthouse.

Throughout the trial, a crowd of justice-loving people has consistently been outside the courthouse on the tree-shaded lawn, often breaking out in prayer or song.

Defense and prosecuting attorneys will begin giving closing remarks Nov. 22. Shortly after they finish, the jury, composed of 11 white members and one Black juror, will begin their deliberations.