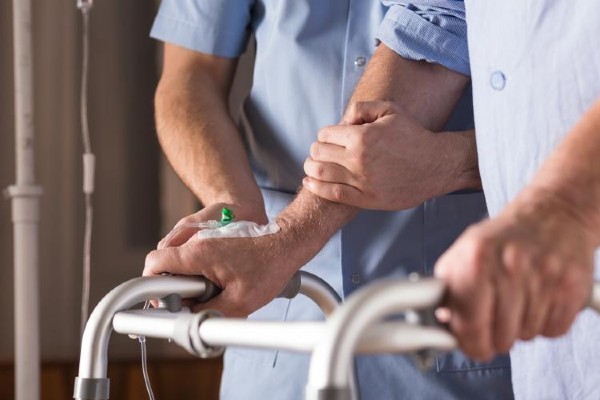 The new social can could be a disaster for the Tories

A few days after parliament overwhelmingly passed the first round of the government’s social care bill, Tory MPs are already having jitters.

But the chief beneficiaries are wealthy people with large savings pots and expensive property.

The impact of the bill is already hitting the Tories in the polls.

For the first time since the height of the pandemic in January, Labour has a lead in at least one survey, while it has drawn level on some others.

It’s not difficult to see why.

The combination of higher National Insurance contributions, Universal Credit cuts and a freeze on the income tax personal allowance will rob over £1,000 a year from workers.

A government report by Her Majesty’s Revenue and Customs (HMRC) last week said the rise would significantly impact the low paid.

“There may be an impact on family formation, stability or breakdown as individuals, who are currently just about managing financially, will see their disposable income reduce,” it said.

And the more Johnson’s plans were scrutinised, the more the social care elements were exposed as a sham.

Millions of people already struggle without the care they desperately need because their local council has not yet assessed them or found that they were not frail enough.

Johnson’s plan was supposed to help them.

But nearly 70,000 people in England are likely to die waiting for access to care before it comes into force.

A further 72,883 adults are also likely to have died while waiting for social care in the 26 months since July 2019. And what of the focus of the Tories’ offer, that social care costs will be capped at £86,000?

One former pensions minister this week told the Observer newspaper that by the time some people reach the £86,000 cap, they would have already spent £150,000 or more in total care costs.

And it has now also been revealed that a significant number of people who need care will die before they reach the government’s cap.

With living costs excluded, a typical care home resident would take a little over three and half years to hit the upper limit on fees.

But according to the British Geriatrics Society, the average

life expectancy for those in care homes without nursing is just two years.

For care homes with nursing it is just 12 months.

The plan is a con that will not deliver real change but will see ­workers pay more in tax.

The anger building up at Tory plans is leading to threats of a ­backbench rebellion.

But no one should put their faith in the MPs that oppose the bill.

Some might rebel because they hate all tax rises, while others in former “Red Wall” seats fear the wrath of their constituents.

Neither is prepared to take the measures required to really “fix” social care.

Tax the rich to pay for social care system

Labour should be hammering Boris Johnson on the social care issue, but instead it is relying on the Tories destroying themselves.

The whole social care system needs to be wrestled away from private providers—and billions of pounds need to be invested into building a new model of care.

But Keir Starmer’s party shudders at the thought of announcing tax rises on the rich and challenging the power of big business.

It reluctantly called last week for the “those with the broadest shoulders” to carry the burden of increased spending.

Yet when it comes to specific plans for this, Labour could announce none—and that allowed Johnson to suggest his “plan” was better than Labour’s “no plan”.

This week, the best shadow health secretary Jonathan Ashworth could offer during a Sunday politics TV programme was a “new national framework”.

Under this unremarkable “care in the community” plan, people who need care will get more access to packages that allow them to stay home rather than in at a care home.

“If you do that, you actually save money,” muttered Ashworth.

He went on to talk about Labour’s commitment to improving pay in the sector, saying, “So what we’ll do is pay the staff a real living wage.

“Lots of the staff get less than the minimum wage at the moment. So we’ll get rid of these zero hours contracts that a quarter of the staff are on, and we’ll invest in their training” he added.

But these policies on their own are a sticking plaster on the gaping wound that is social care today.

The whole system is on the verge of collapse, with hundreds of thousands of new workers needed immediately.

Government cuts mean many firms that provide help to people in their homes are on the brink of collapse.

People in many parts of Britain are without desperately needed carers, with none expected in the future either.