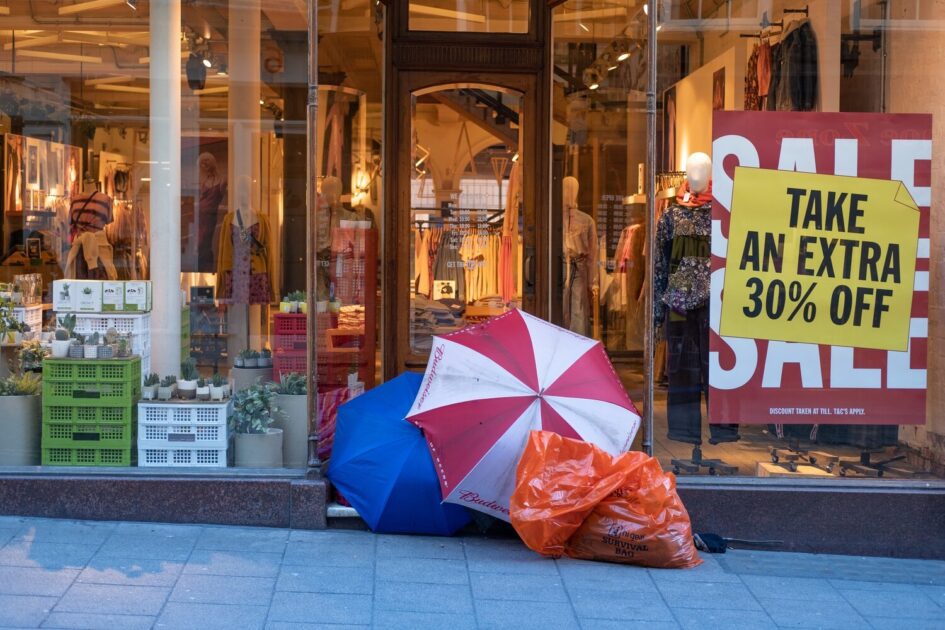 For more than a week the country has been caught up in the ongoing melodrama of the “Build Back Better” (BBB) legislation, the Democrat Party’s “social investment” bill now languishing in the House because of the inability of the Democrats to come to an agreement. The fight is characterized by the corporate media as an intra-party struggle between the emerging “progressive/left” pole of the Party and the “center,” represented by the recalcitrant neoliberal corporate Democrats in the persons of Senators Joe Manchin from West Virginia and Kyrsten Sinema from Arizona.

But the media’s tendency to reduce this struggle to a battle of personalities distorts, in a fundamental way, the real interests at play in this fight. The intra-party struggle of Democrats is a crystallization of the complex and contradictory reality of the intra-class struggle within the dominant wing of the capitalist class on the correct strategies for dealing with the ongoing and deepening capitalist crisis.

The real terms of the struggle are between the class faction that sees the need to preempt potential radical working-class rebellion by making non-threatening reforms meant to bring some psychological relief and minor material benefits to the laboring classes as some of the provisions in the BBB legislation would bring.

Another faction of the ruling class, however, is concerned with the legislation’s cost, the threat it poses to their economic interests, and a potentially dangerous shift of influence, if not power, to the laboring classes. They see expanded social-welfare spending as inflationary and providing leverage to the working class. Being militantly committed to the logic of the neoliberal project, this faction wants to hold the line on government spending, impose austerity at every level of government and is opposed to state interventions into the economy that would reduce the precarity of workers by undermining the carefully constructed labor management policy goals that have been faithfully carried over the last forty years of discipling U.S. labor and driving down its costs in the U.S.

It is imperative that the left, particularly left forces representing Black and nationally oppressed peoples, employ a materialist, class analysis as the lens and framework to inform their critique of the BBB legislation. If we fail to engage this legislation in this way, we run the risk of inadvertently helping to obfuscate the political and ideological agenda of capital, whose objective is to dissipate and manage the class struggle.

Was Build Back Better Really Intended to Be Passed in Its Entirety?

It is clear that the main focus of Joe Biden’s legislative priority was getting the infrastructure bill passed. It received bipartisan support and was able to pass in the Senate, and is being supported by a majority in the House because it represents the consensus across all elements of the capitalist class.

That consensus, however, does not exist for the BBB. Yet, there is a reason why Joe Biden, the consensus choice of the neoliberal ruling class, embraced a number of reforms during his campaign and after assuming office that cannot be understood as just the result of “pressure” from the left-pole of his party.

The fact that Biden was comfortable enough to at least pretend to be committed to a number of “liberal” policies like expanding Medicaid and investing in pre-K and child-care was precisely because an important faction of the capitalist class has arrived at the position that, if not correctly managed, the more blunt-edge elements of a domestic neoliberal agenda were posing dangerous and potentially irreversible legitimation challenges to the entire system.

From advocating for a 70% marginal tax rate and 3% tax on every dollar over one billion in wealth to support a basic income for every “American,” and redefining the role of corporations to entities committed to serving “all of the people ,”  the Business Roundtable, U.S. Chamber of Commerce, and capitalists like Warren Buffet and the CEO of BlackRock represent the tendency among the U.S.-based but transnationally-oriented capitalist class that sees redistributionist state policies and some kind of brake on the obscene economic inequality as vital to preempt serious social upheavals from workers and members of a shrinking middle-class.

The editors at the Wall Street Journal , the flagship paper of the U.S. ruling class, also argued that adjustments to what has been called neoliberalism had to be made.

But the editors of the Financial Times, the paper of choice for the international bourgeoisie, made what was a startling claim on April 4, 2020 that the era of the neoliberal agenda was basically over :

“Radical reforms – reversing the prevailing policy direction of the last four decades – will need to be put on the table. Governments will have to accept a more active role in the economy. They must see public services as investments rather than liabilities and look for ways to make labor markets less insecure. Redistribution will again be on the agenda; the privileges of the elderly and wealthy in question. Policies until recently considered eccentric, such as basic income and wealth taxes, will have to be in the mix.”

Biden got the message and shared his thinking on how to advance a public relations approach that would offer some marginal and temporary relief without changing anything when he told his Wall Street funders :

“When you have income inequality as large as we have in the United States today, it brews and ferments political discord and basic revolution. It allows demagogues to step in and blame ‘the other’ . . . You all know in your gut what has to be done. We can disagree in the margins. But the truth of the matter is, it is all within our wheelhouse and nobody has to be punished. No one’s standard of living would change. Nothing would fundamentally change.”

Just a few months ago, what was once unthinkable, ideas that were rejected as extreme and a threat, are now subject of serious discussion, not because capitalists have suddenly experienced a Scrooge-like transformation but because they are recognizing that even the absence of a militant movement putting pressure on them, they have to have stop-gap measures to address the now glaring contradiction of neoliberal capitalism that the economic crisis in 2008 and the 2020 pandemic exposed. Therefore, there is no “radical” departure here. The consummate servant of capital, Biden, is simply carrying out the new program.

However, what is also becoming clear is that the BBB was not meant to be passed in whole. It was pure political theater meant to placate the Party’s “left-pole.” The real target is/was the infrastructure bill. The Party bosses’ plan was to draw the progressives into a deal in which they would support the infrastructure bill, accept a “framework” for the BBB that would then get whittled down and backlogged with delayed spending that would then get reduced even more when the Republicans came back into office.

The clashing of interests within the ruling class, even among some of those same elements who supported some minor ameliorative reforms and the delay in passing the BBB as a result of the progressives holding firm, suggest that the above scenario is not that far fetched.

Welcome the Change, But Recognize the Ruling Class’s Fears and Build for More Independent Power

The New York Times is correct: “The Build Back Better Act is centrism taken seriously ; ” it is “an effort to fix American democracy through economic support rather than structural political change.”

So, while the left could welcome this so-called stimulus bill if it is passed in whole, we must not have any illusions. The capitalist class is clear. They are supportive of this partial Keynesianism as long as the policies do not threaten their fundamental interests or require real sacrifices for their class.

For workers, and especially Black and other colonized workers and the poor, the provision for universal pre-K and support for child-care, paid parental leave, expanded Medicaid and Medicare, free community college, new funding for public housing support, elder-care, and possibilities of new job creation as a result of public investments in green-oriented industries, are important.

However, it is equally important that we do not become cheerleaders for what the rulers understand, perhaps better than some of us, that these social reforms are meant to address some of the more glaring social contradictions produced by four decades of neoliberal policies, but with the objective to strengthen capitalism and preempt radicalism.

Biden’s mission is to restore U.S. capitalism’s profitability, ability to compete with China and to preempt domestic radicalization. By advancing reforms that blunt some of the sharpest contradictions of the system, it is believed that it will stabilize the neoliberal order while not substantially reversing the logic of labor discipline that four decades of neoliberal policies have created.

Yet, it is truly an “impossible mission.” The competing and conflicting interests among capitalist factions will continue to make it impossible for their class to support a relative “disciplining” of their fractional interests for the longer-term interests of the system. Once the “progressives” did not cave and insisted on both bills being passed together, not only did the Pelosi/Schumer/Biden plan fail, but the delay of the vote also exposed the irreconcilable interests among the ruling class.

Powerful capitalist associations like the U.S. Chamber of Commerce, the National Association of Manufacturers (NAM), and Business Roundtable, as well as energy company interest groups like the American Petroleum Institute (API) are vigorously challenging the climate elements in the bill. Democratic Party representatives are also getting enormous pressure from the pharmaceutical and health insurance companies.

And the corporate media is constructing a narrative that is shifting the blame for a deal not being done unto the “progressives” as opposed to the two front persons for the neoliberal agenda, which, of course, exposes the con that those two individuals were the real holdouts.

Therefore, Biden and Democrats’ “Keynesianism” is strategic. It is designed to draw the millions of workers back to the Democratic Party that voted for Obama but went over to Trump and reversed the dangerous legitimation crisis generated by the capitalist crisis that began in 2008 and deepened with COVID in 2020 and exposed the precarious nature of the economic rebound that Trump was claiming for himself up to that moment.

The people are starting to understand that radical change is necessary. The question is what kind of change. Those of us on the left who are committed to socialism know that as long as the means of production are in the hands of a few, the wealth that is generated in the production process will continue to produce obscene levels of wealth inequality in capitalist societies that translates into the power to dominate, dehumanize, and degrade the rest of us.

So, we should accept these reforms but fight for more. Workers, in particular women workers, will benefit materially if those provisions that address child poverty, childcare, the grotesque levels of maternal and infant mortality among Black and Brown working class women. And, therefore, cannot be casually dismissed as unimportant.

But we will not give unearned praise to our class enemies. We must fight even more furiously knowing that they fear us, and that victory is ours to claim.

Extracts from Revolutionary Rehearsals in the Neoliberal Age

Rooftop solar to roll out on China’s public buildings

The Military and Intelligence Origins of Public Health