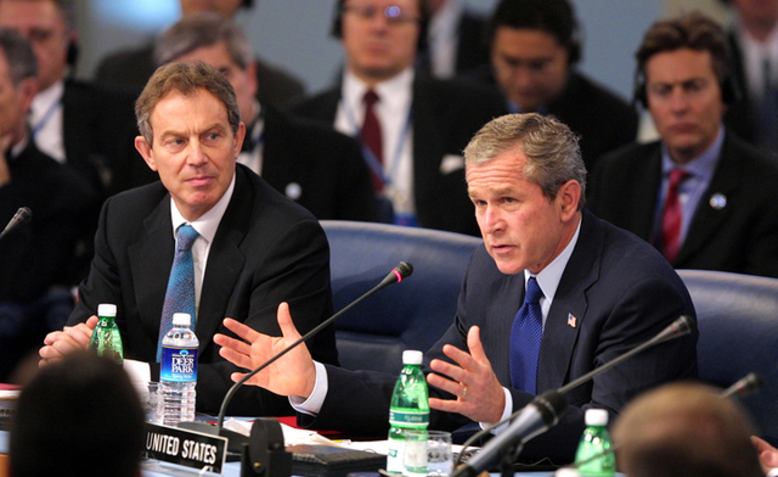 As the disastrous invasion and occupation comes to an end and the Taliban has swept through the entire country, many politicians and much of the media have been forced to confront the catastrophic failure of the entire mission.

However, as Afghans desperately try to flee Taliban rule, many of the myths about the Western occupation have resurfaced to excuse and justify the failed war.

As many in the US grieved the loss of their loved ones in the 9/11 attacks, the Bush administration was preparing to go to war in Afghanistan, thus beginning the so-called “War on Terror”. Bush claimed the aims of the war were to topple the Taliban, liberate women and reduce terrorism by capturing Osama bin Laden.

However, certain facts point to this not being true. For a start, the US had been funding resistance groups, including the Mujahedin, during the 1980s when they were fighting against the Soviet Union.

Furthermore, had the US really intended to simply capture Osama bin Laden, they could have done so within a month of 9/11. In October 2001, the Taliban offered to turn over Osama bin Laden to a neutral third country if the US ceased airstrikes on Afghanistan. They also offered to try him in a court in Afghanistan but George W Bush refused both offers.

The fact is that Britain and the US went to war with Afghanistan because control of the country would be strategically very useful in terms of gaining more control in the Middle East. In fact, Condoleezza Rice had brought together senior staff in the National Security Council to discuss “how do you capitalize on these opportunities” which 9/11 presented.

As well as this, from the beginning of the “War on Terror”, the aim was to eventually invade Iraq, which had no connection with 9/11 or al-Qaeda, but was key strategically.

2The war brought democracy to Afghanistan

Even when the Taliban were not in power, Afghanistan was by no means a democracy under the government of Hamid Karzai or Ashraf Ghani. The US forced Western-friendly governments on the Afghan people and they fundamentally failed.

Karzai was known to be a corrupt and incompetent leader, with even a US ambassador describing him as unable to “grasp the most rudimentary principles of state building”. The last presidential election was seen as one of the most corrupt in the country’s history, with donors pouring millions of pounds into campaigns.

The Afghan elite is extremely corrupt and it is thought that around half of all US cash spent on security has been “looted and embezzled”, according to an Afghan intelligence official. Billions of foreign aid money has gone straight into the pockets of the super-rich and left ordinary Afghans with crumbling infrastructure and a poor quality of life.

3The war improved the quality of life for Afghans

When the war in Afghanistan began, politicians were claiming that the US occupation would involve “nation-building” and investment in infrastructure or Afghanistan.

What has instead happened is the country has been destroyed and even Joe Biden was forced to admit yesterday that the war was never about “nation-building”. This is evident when looking at the predicament of Afghanistan.

Over 240,000 people have been killed in Afghanistan, more than 71,000 of those being civilians. The war has also displaced over 5 million people, with people having to flee internally or to other countries as refugees. And among those who remain in Afghanistan, the situation is dire as a result of the 20-year occupation.

47.3% of the population live below the poverty line with unemployment at 11.73% last year. Only 27% of people have access to clean water, 2 million children are acutely malnourished and 68% of the population suffer from depression.

4The war was waged to improve women’s rights

The issue of women’s rights in Afghanistan was used by the Bush and Blair governments as a reason for invasion. Under the Taliban women were severely oppressed, not being allowed to go to school or university, appear on televisions or radio, and were severely restricted in where they could go alone.

While there were some improvements in women’s access to education, healthcare and employment, these were not universal. Many girls in rural villages still could not attend school and the bombings and violence as a result of the occupation outweighed improvements to healthcare.

Furthermore, the issue of women’s rights was little more than a useful cover for the invasion and occupation. The Department of Defence and USAID have not tracked how much has been spent on projects for improving women’s rights, mainly because it was never the main aim of the occupation.

The continued failure of the US, UK and other Western states to facilitate safe, legal passage for refugees, including women, who are fleeing Afghanistan speaks volumes about the ambivalence towards the Afghan women which they claimed to have such grave concerns about 20 years ago.

5The war has made the West safer

The so-called War on Terror was supposed to, according to those who initiated it, defeat terrorist groups like al-Qaeda which they claimed were being sheltered by the Taliban in Afghanistan and Saddam in Iraq and reduce the threat of terrorism in the West.

In fact, the opposite has happened. The number of terrorist attacks has increased in Western Europe from a low of 59 in 2004, as al-Qaeda fell apart, to 291 in 2017. The invasion of Afghanistan sowed the seeds for the rise of ISIS from the remnants of al-Qaeda and its spread in other regions devastated by Western warfare.

This caused untold misery to millions in the Middle East and resulted in an increase in terrorist attacks in France, the UK and other parts of Western Europe. The war in Afghanistan, and the War on Terror as a whole, has in fact caused the opposite of its supposed intent.

6The war failed for strategic reasons

As the Taliban have seized the country far quicker than any military intelligence ‘expert’ predicted, some have argued that the invasion and occupation failed for strategic reasons. Some have claimed that the exit from Afghanistan was overly rushed by Biden or that the Afghan army was not well trained enough to fight them.

It has also been argued that not enough effort was built into “winning over hearts and minds” or not enough money was put into “nation-building”. All of these neglect a key point: the Afghanistan war was destined to fail from the very beginning.

Regardless of strategic mistakes, a military occupation cannot build a stable society because an occupation is inherently unstable and violent. The Afghan people had very little say in how their society was run and the occupation was widely unpopular. The fact is the intention of the occupation was never to bring democracy or equality but secure US control of a key region. This has been proved time and time again, from Vietnam to Iraq, Libya to Afghanistan.

All of these demonstrate why there must be a drastic change in Western foreign policy. Invasion and occupation have failed again and again, causing millions of deaths, displacing millions more and creating instability across entire regions.

Reposted from Stop the War