Cadres Of CPI (Maoist) Blow Up Bridge In Giridih District 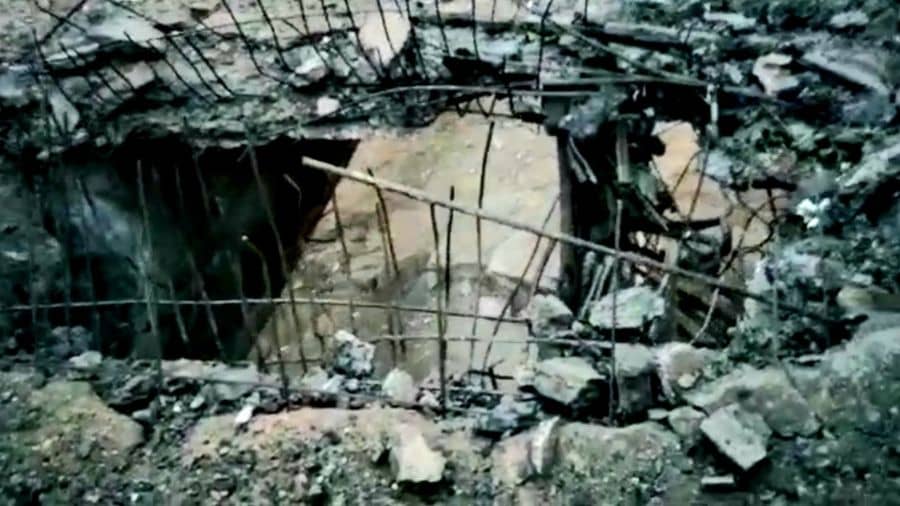 Giridih District, January 23, 2022: A day after damaging two mobile towers, cadres of the CPI (Maoist) blew up a portion of a bridge situated on Barakar river in Simariya Panchayat of Mufassil Police station of Giridih district during the early hours of Sunday at around 2.30 am.

The incident was caused due to an IED blast which snapped the transport line between Giridih and Dumri blocks of Giridih districts as was reported by local residents. The IED was planted and set off by a squad of over 50 cadres of the CPI (Maoist).

Local residents informed police after the Maoists left the area but the police team is yet to reach at the site till 1.30 pm at the time of reporting.

The CPI (Maoist) cadres who carried out the action left several posters at the site taking responsibility for the act of sabotage and demanding the unconditional release of top party leader, Prashant Bose and his wife Sheela Marandi.

The bridge that was blown up was opened up to traffic recently after completion of construction which began in 2019. On the intervening night of January 21/22, Maoists blew up two private mobile service providers’ towers in Giridih district including one of IDEA in Madhuban police station area at around 1 am and other of Airtel at Mahutand village under Khukhro police station an hour later.

The CPI (Maoist) is observing resistance day or Pratirodh divas across Bihar and Jharkhand from January 21 to 26 to protest against the arrest of their top leader Prashant Bose and his wife Sheela Marandi.

They have also given a bandh call in Bihar and Jharkhand on January 27 after the conclusion of resistance.

Besides Bose the police also arrested his wife Sheela Marandi (61) and two of their associates.

Earlier the Maoists had given a bharat bandh call on November 20 last year and also observed Pratirodh Divas from  November 15 to November 19 in protest against the arrest of Prashant Bose.