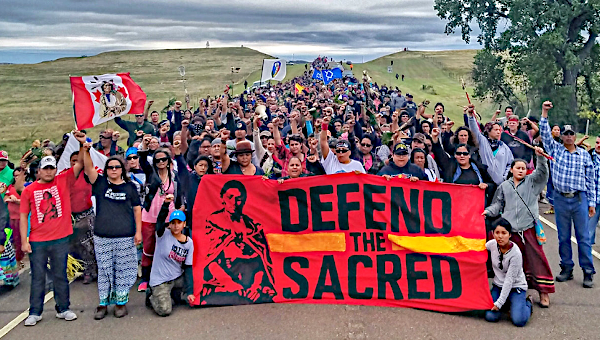 The contradictions couldn’t be more glaring. While recent laws passed by the federal and the British Columbia governments pledge to transform relationships with Indigenous peoples, their actions indicate otherwise.

For example, in northern B.C., the Wet’suwet’en Hereditary Chiefs of all five clans oppose incursion into their traditional, unceded lands by the Coastal Gaslink pipeline.

While some elected band councils in Wet’suwet’en territory support the project, both Indigenous law and the Supreme Court of Canada recognize the hereditary chiefs as stewards of the 22,000 kilometres of central B.C. that is Wet’suwet’en yintah (territory).

Conflict with the RCMP in B.C. has shone a bright light on this issue. The RCMP has invaded the camps of the hereditary chiefs three times in three years, the most recent in November 2021. Twenty-nine people, including two accredited journalists, were arrested in a multiday invasion last month. When the arrest footage was eventually released, it showed RCMP officers pointing assault rifles at unarmed Indigenous people.

At the heart of the matter is a contradiction about the rule of law. The narrative offered by the federal and provincial governments is that since the B.C. Oil and Gas Commission granted a permit, and a court granted Coastal GasLink’s request for an injunction against blockades, the police are simply upholding the rule of law. They portray the hereditary chiefs as a small band of dissident troublemakers defying a court order.

But hereditary chiefs are not protesters – they are land defenders. And they are acting in accordance with Wet’suwet’en law, which predates colonization, and the United Nations Declaration on the Rights of Indigenous Peoples. The UN Committee on the Elimination of Racial Discrimination has also weighed in, issuing a decision in 2019 calling for Canada to withdraw police forces and stop pipeline construction.

Meeting Our Climate and Indigenous Obligations

There is also more than a little irony seeing Indigenous people arrested for protecting the land against fossil-fuel expansion and increased carbon emissions while B.C. is experiencing yet another climate change-fueled catastrophe.

Indigenous land defenders are actually helping Canada meet its climate obligations. A 2021 report estimated that over the past 10 years, Indigenous resistance to fossil fuel expansion in Canada and the United States has either stopped or delayed greenhouse gas pollution equivalent to at least one-quarter of the annual emissions of both these countries.

Make no mistake, our governments are choosing oil companies over Indigenous peoples – and that’s not a promising path to reconciliation. •

Zoe Craig-Sparrow is the director of Indigenous rights and environmental justice at Justice for Girls and a member of the Musqueam Indian Band.

Shelagh Day is the chair of the human rights committee of the Canadian Feminist Alliance for International Action.

Margot Young is with the Allard School of Law at the University of British Columbia.

Indigenous Peoples Day in the time of COVID-19