The only place I want to hear him speak is in the dock at the Hague at the International Criminal Court facing trial for war crimes and crimes against humanity.

— George Galloway, former British MP and the director of The Killing$ of Tony Blair

Canada’s head of state, also the queen of Canada, has made the war criminal Tony Blair a “Sir.” 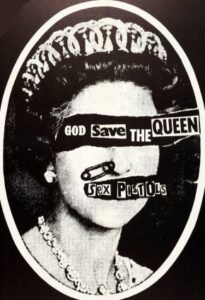 Having a foreign head-of-state has ramifications for Canada. First, under this constitutional arrangement, Canada has no say as to who its head-of-state will be. Second, the monarchy is thoroughly undemocratic. It is determined by birth order in one family. Third, atheists, Jews, Muslims, Buddhists, Hindus, Roman Catholics, etc need not apply. The monarch is the supreme governor of the Anglican church. That is the same church that ran so many Indian Residential Schools in Canada that sought to disappear Indigenous kids. As the Canadian civil servant in charge, Duncan Campbell Scott, stated: “I want to get rid of the Indian problem…. Our objective is to continue until there is not a single Indian in Canada that has not been absorbed into the body politic and there is no Indian question…”

Elizabeth has never apologized for the monarchy’s role in the Anglican church-run residential schools in Canada.

Usually a sovereign country would like its head-of-state to align with the foreign policy of the country. However, despite sharing a titular head with another country, it is unsurprising that those countries would occasionally differ on foreign policy objectives. Canada’s foreign policy does at times deviate from that of the United Kingdom. For instance, Elizabeth blessed the dispatch of British troops to wage war against Iraq, a war that Canada refused to send its troops to join, especially since Canadian citizens were much opposed to the war.

On 1 January, Blair became a member of the Order of the Garter, England’s oldest and most senior order of chivalry. The BBC explains, “The appointments are the personal choice of the Queen, who has up to 24 ‘knight and lady companions’.”

George Galloway was flummoxed by the queen’s decision. He pleaded with his queen: “Tonight I find myself in the unusual position of beseeching her majesty the queen to turn back from a disastrous error of judgement which she has made.”

Canada does not even permit knighthood for Canadian citizens. Yet Canada finds itself in the position of having its head-of-state honoring a war criminal. Just how much blood is on Blair’s hands? One “catastrophic estimate” cited a figure of 2.4 million Iraqi deaths subsequent to the invasion of Iraq in 2003.

Whether it is 2.4 million deaths, half of that, or a quarter of that, whatever the actual number is, the queen’s actions indicate that it is ostensibly a price worth bringing one of the war’s scoundrels into the queen’s inner circle.

Is it not perversely ironic that the war criminal Blair who helped launch the invasion of Iraq that killed so many people is knighted while the man whose organization, WikiLeaks, that revealed the war crimes committed in Iraq and Britain’s role in the commission of those crimes, languishes as a political prisoner in a maximum security facility in England? Assange has been undergoing psychological torture, incarceration, defamation, and recently he suffered a stroke. He has had to endure all this punishment for the crime of publishing the commission of war crimes for which the kangaroo court in Britain agreed to extradite him to the United States, a country that had planned to murder him; instead he is being subjected to a a slow motion assassination in Elizabeth’s realm.

The Canadian political establishment has been obsequious to empire when it comes to denying justice for Julian Assange, and the state/corporate media in Canada has been equally servile to empire.

The time is long past to abolish Canada’s link to the British monarchy. More importantly, it is time for Canada to speak and act in the defense of publishers, journalists, and whistleblowers who expose the horrendous crimes of which any guilty country should forever be ashamed.

Federal Election and the State of Social Democracy in Canada