Canada’s role as a global exploiter 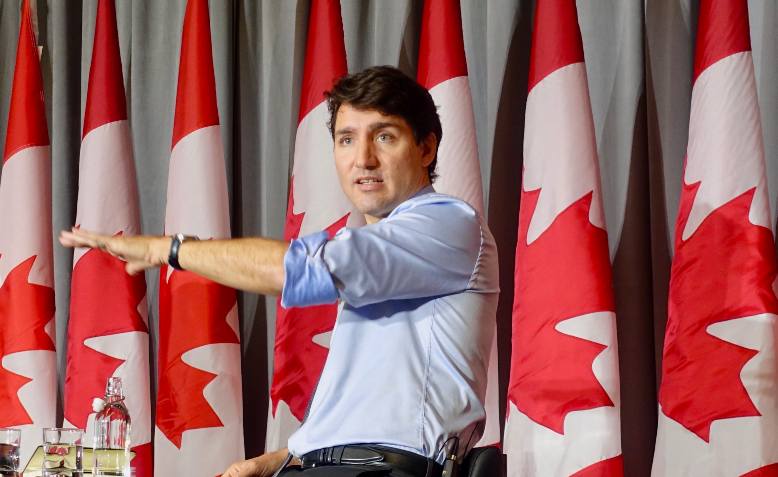 Canada has an ill-deserved reputation for being a kind and gentle place and the ruling class of this country is able to peddle this myth largely because it shares a border with a society where the inequalities and injustices of capitalism are, indeed, taken to extremes. When it comes to social provision, the claim that Canada is the ‘Sweden of North America’ is usually demonstrated by making comparisons to the situation in the US.

A recent report on the state of healthcare systems in eleven wealthy countries pays significant attention to the appalling failure of the privatised healthcare system in the US. However, it is striking that Canada rates second worst among the countries that are considered and this sad situation is clearly linked to the wider and exceptional inadequacies of the social infrastructure in this country.

When it comes to the creation of the Canadian state through the genocidal dispossession of the Indigenous nations, there has long been an assumption that the process here was less harsh than that which unfolded south of the border. Yet, the historical record belies this claim and the discovery of unmarked graves at the hellish residential schools that Indigenous children were sent to, has driven this home powerfully. In 1910, the senior official in charge of these institutions acknowledged the appalling rate at which children were dying in them but asserted this was a price worth paying because his department’s policy was ‘geared towards a final solution of our Indian problem.’

Canada’s neighbour is, of course, the hegemonic imperialist power and it is often assumed that this country isn’t significantly implicated in global exploitation. In fact, Canadian capitalism functions as a leading international predator and nowhere is this more apparent than in the exploitative and destructive conduct of the quite exceptional number of mining companies that are based in this country. Toronto stock markets are the listing venues of almost 50% of such companies and “Canadian mining firms are among the largest in the world and are present from Latin America, to Asia, to sub-Saharan Africa.”

A glance at the public record readily reveals the track record of this corporate ‘ugly Canadian.’ Mining operations inflict great damage on the environment of the countries they take place in and “When it comes to environmental conflicts between companies and communities, Canadian firms are overrepresented compared to their international peers.”

Where local communities struggle to protect their land and natural resources, they face intimidation and violence. Human rights organisations frequently reveal brutal conduct by mining companies and security forces they have hired. HudBay Minerals has been taken to court by Indigenous women in Guatemala over brutal sexual assaults that were carried out on them during an operation to expel them from their farms at the behest of Hudbay’s local subsidary.

Last year, Nevsun Resources decided to settle out of court with three Eritreans who challenged the company for profiting from human rights abuses that included forced labour and torture at its gold and copper mine in their country. Unfortunately for Nevsun, the Supreme Court had rejected its legal argument that claims related to any abuses that had taken place outside of Canada couldn’t be adjudicated by courts in this country. Though the amount of compensation provided to the victims is undisclosed, we may be sure that it falls well short of a just reckoning.

In 2018, the Trudeau government announced that it would create a new ‘watchdog’ to oversee the conduct of Canadian companies operating internationally. It was declared that these companies would be compelled to respond to questions and to provide evidence to investigators. These plans were soon scaled back, however, following an “onslaught of mining industry lobbying that got them to change their minds.”

It is perhaps not greatly surprising that the office of the Canadian Ombudsperson for Responsible Enterprise (CORE) has failed to strike terror in hearts of mining company executives. The web page for Global Affairs Canada subsequently revealed that this ‘watchdog’ would now ‘advise Canadian companies,’ ‘review allegations of human rights abuses’ and ‘provide advice to the minister of international trade.’ Global Affairs doggedly insists that a ‘non-judicial mechanism’ will ‘be more accessible, faster and cost-effective than other avenues.’ As one NGO spokesperson put it circumspectly, “The CORE, as it stands right now, is not a meaningful mechanism for people to seek justice.” A little more bluntly, I would suggest that the predatory mining companies and their enablers in government would have it no other way.

Sharing the northern part of the hemisphere with so dominant a power as the United States, has led many to disregard the predatory role Canada plays in its own right. When governments here support US led wars of aggression and other strategies of global domination, this is often presented simply as evidence of and unfortunate subservience to Washington. That the US is the leading power by far is not in dispute but the simple truth is that Canadian capitalists have their own interests to protect and Canada can properly be viewed as a formidable junior partner in global crime.

In 2017, Canada’s Foreign Affairs minister, Chrystia Freeland, spoke in defence of a robust role for Canada’s military across the world. “To put it plainly: Canadian diplomacy and development sometimes require the backing of hard power,” she asserted. “Principled use of force, together with our allies and governed by international law, is part of our history and must be part of our future.” Some two years later, as she took the lead role in efforts to destabilise the government of Venezuela, Freeland left no doubt as to why such a capacity for ‘hard power’ needed to be at the ready. “This is our neighbourhood. For Canadians, we have a very direct interest in what happens in our hemisphere. That is why we have been so active and will continue to be so active.“

Freeland’s statement was related to her government’s relentless efforts in conducting the ‘Lima Group’ attack Venezuela. This is but one of the many acts of aggression that Canada has undertaken in  ‘our neighbourhood.’ A 2007 protest in Haiti saw one of the participants carrying a cross, as if he was on his way to his crucifixion. The cross displayed the flags of the US, France and Canada and the role that Canada has played in thwarting democracy and imposing imperialist domination on Haiti has, indeed, been a leading one. A similar track record of intervention exists in a range of Latin American countries, including Honduras and Bolivia.

Some years ago, I attended a conference that was focused on questions of international solidarity in London, Ontario. A delegation of people from South America made a presentation on struggles they were involved in. Someone in the audience got up and in all seriousness told them that Canadians could well understand what it meant to be faced with US domination because we had a common oppressor. The visitors politely but firmly made clear that North American imperialism flies two flags and one has a maple leaf on it.

The myth of the fair minded honest broker on the world stage is carefully crafted and preserved with determination but it is an utter lie. Canadian capitalism is a global predator.