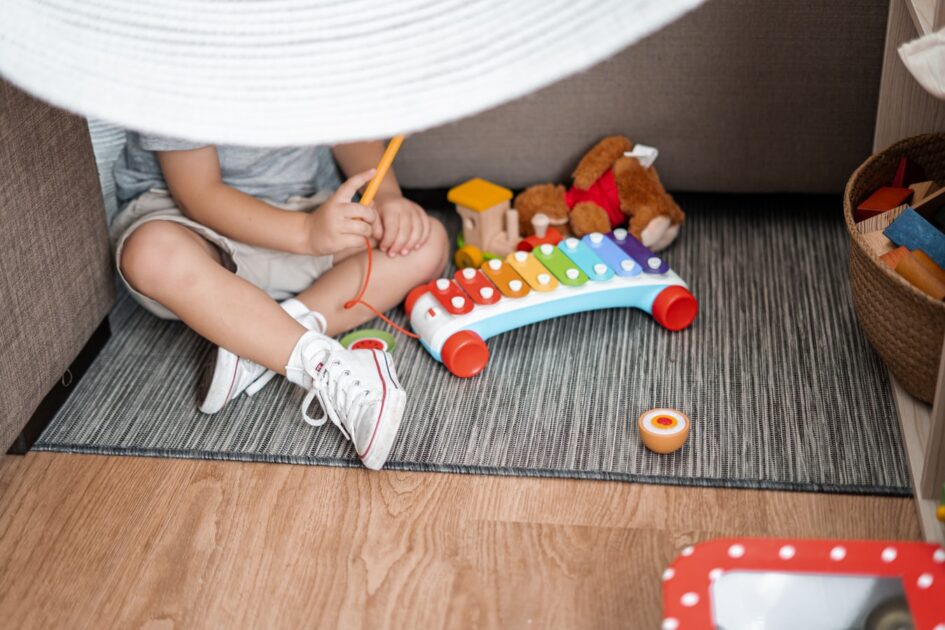 In many ways, the centrepiece of the Liberal’s proposed federal budget in April was their promise of a national daycare program. The plan calls for spending $30 billion over five years to cut average daycare and early years fees in half by 2022, and to reach a national $10 per day program by 2026.

At the time, I suggested a vigilant celebration. No doubt the current proposal is far better than previous unfulfilled plans for national daycare, and marks a major step in the fight for social welfare expansion and public recognition of care work.

Yet, Liberals have promised a public daycare system before and failed to deliver. Only a concerted campaign by child care advocates, the labour movement and social movements to hold the government to their promise will ensure fully public, national childcare materializes.

Now that the federal election is underway, there are additional questions about the fate of public daycare. As I argued last week, Prime Minister Justin Trudeau and the Liberals want a majority government so they can do less, not more.

A majority Liberal government would very likely impose a degree of public spending restraint at just the moment when working people are beginning to regain some of what was lost during the pandemic in terms of spending and labour market bargaining power. What a turn to even a mild version of austerity would mean for their national childcare proposal is presently unclear but nevertheless concerning.

On the other hand, Trudeau can enter this election campaign claiming progress on getting his childcare expansion plans off the ground. On July 8, he announced that the first new bilateral childcare funding deal had been successfully negotiated with NDP British Columbia Premier John Horgan. The B.C. plan was followed shortly thereafter by bilateral agreements with Nova Scotia, Prince Edward Island and Saskatchewan.

So far, the current Liberal minority government seems to be clearing the hurdles of provincial negotiations that have so often torpedoed social program development and implementation in Canada.

These first negotiations hardly indicate national daycare implementation is clear sailing from here, however. Other provinces with Conservative premiers, particularly Alberta and Ontario, thus far appear reluctant to enter into negotiations. Some of this hesitancy (or even downright defiance) is simply political optics. It’s unlikely that a figure such as Alberta Premier Jason Kenney, who stakes much of his persona on railing against the federal government’s supposed oppression of the Western provinces, is going to sign onto a bilateral agreement to expand public childcare.

In Ontario, as well, Premier Doug Ford has indicated no intention of beginning to address what is the worst childcare affordability crisis in the country. In 2020, the average annual childcare fee in Toronto was $22,394, according to a recent nationwide study by David Macdonald of the Canadian Centre for Policy Alternatives. Although Toronto is the most expensive city for childcare in the province (and the country), its exorbitant fees are far from unique. Around the Greater Toronto Area, average annual fees are more than $16,000 per child, while parents in Hamilton, Kitchener, Ottawa, and Windsor pay between $11,978 and $16,668.

Federal funds are therefore desperately needed in Ontario, particularly after Ford’s government did next to nothing to prevent the permanent loss of many childcare spaces during the pandemic, when enrolments declined and private providers simply closed.

An average family with one child in full-time care would save $11,197 under the federal plan for a 50 per cent reduction in 2022, and $19,790 when the $10 per day formula goes into effect in 2026. Across the province, working-class families would see similar substantial savings through a public childcare system paid via a shared federal-provincial funding model. The same is true across the country.

Toronto and Ottawa city councils have both passed motions encouraging Ford’s government to immediately work with the federal government on a bilateral childcare deal. The Ontario Conservatives, it seems, would rather continue with a market-based, for-profit system that leaves those parents able to access care saddled with outrageous user fees, while allowing the high costs charged by childcare profiteers to exclude many other working families.

Conservative politicians, in both Canada and the United States, find themselves in an untenable contradiction. On the one hand, because of their commitment to economic orthodoxy, they demand a lean state and push paid work as the sole means of survival, even when the only work available is low-wage, insecure, and offers few regulations and little protection.

On the other hand, Conservatives want to refuse funding for public childcare, one of the surest ways to increase labour market participation, particularly among women. Erin O’Toole and the federal Conservatives propose scrapping the Liberal’s promised program altogether and replacing it with a “tax credit” for child care expenses. It should be obvious to anyone that this would do absolutely nothing to bring costs down or open new spaces.

Luckily, the Liberal plan that’s on the table is actually worth fighting for, which is a marked change from past iterations of the struggle for public daycare. As Macdonald points out, previous failed plans for a national childcare program focused on creating more spaces, not necessarily reducing fees. This frequently took the form of providing more public subsidies to create childcare spaces without controlling the prices that providers charge. Of course, the result was simply a transfer of cash from the public purse to for-profit providers.

The faulty economistic rationale behind this approach was that greater “supply” would reduce costs.

The problem with this is that childcare fees have little to do with the number of available spaces. Rather, fee structures are the result of provincial fee setting and childcare subsidies and grants, where they exist. In other words, childcare is already a highly regulated “sector.” There’s no way to introduce greater “market incentives” and somehow end up with a system that produces enough affordable and accessible childcare spaces for every family that needs them.

Ultimately, child care — just like healthcare and education — is completely unworkable through a “marketplace” model and must be treated as a public good. Greater competition will never generate more spaces, lower fees or quality care. Only a fully public, universal system can achieve these things.

The current Liberal plan’s fee targeting is therefore useful, both politically and practically. Politically, voters respond with greater enthusiasm to $10 per day daycare than to some number of proposed new child care spaces, which they can’t be certain will be available in their city or community. In terms of policy design, it makes sense to emphasize the service cost target, while also putting in place the funding mechanisms that will achieve this.

Fee setting on its own, however, is no guarantee of a fully-funded and universal program. Having a fee target (essentially a price control) doesn’t necessarily create adequate spaces. Bold action will be needed from the federal government to ensure that we don’t wind up with ballooning waitlists, particularly in cities where current childcare costs are highest and there is likely much pent up “demand.”

Jagmeet Singh and the federal NDP are running on a proposal to create the type of universal, public childcare program that working families need. Should we wind up with another Liberal minority government — our best outcome, unfortunately — the NDP’s plan could serve as a basis for pressuring the Liberals from the left to ensure that $10-per-day care is available to all who need and want it.

As well, the Ontario Coalition for Better Child Care has released a comprehensive “Roadmap to Universal Child Care in Ontario” — that I highly encourage Class Struggle subscribers to read — which should be used as a tool for child care advocates across the country.

The Ontario Coalition’s plan emphasizes a universal, public child care system that curtails and eventually eliminates private, for-profit providers; creates spaces in every neighbourhood, for every family that wants them and completely ends excessive waitlists; integrates the child care program with the public education system to build a seamless care sector; maintains affordable fees indefinitely; and centres decent work through a concerted “workforce strategy” to recruit and train early childhood educators and establish a provincial salary scale with an immediate starting wage of $25 per hour.

For the first time in a long time, a national childcare system is within reach. The left can’t let that slip through our fingers. We should know better than to trust the Liberals to deliver on their promises. So, whatever the outcome of the election in September, let’s hold their feet to the fire and create a universal and public childcare system that guarantees high-quality care and decent work. Every child deserves it. We deserve it.

Adam D.K. King is a post-doctoral visitor in the Department of Politics at York University in Toronto.

…we have to ask for your help. Every day thousands of Canadians read Passage to get smart analysis and opinion from a left-wing perspective. We believe these ideas need to be available to as many people as possible, but too often they are excluded from major corporate media. That’s why we have made a choice to keep Passage articles open and free for all.

With no investors or advertisers to please, we can publish ideas that offend the powerful and wealthy without fearing retribution. But it also means we depend on support from readers like you to pay writers fairly and keep the lights on.

Your contribution is essential to ensuring Passage has a future. Every contribution is valuable. Become a subscriber for as little as $1.15 per week — it only takes a minute to support independent media. Thank you.

Quick question: do you think the article you just read would be published elsewhere?

Odds are that it would never run in Canada’s corporate media. That’s why we’re asking you to be a part of building a real, left alternative to corporate media — so that more people are exposed to viewpoints and ideas like this one.

But without your support, it’s an impossible task. We depend 100% on readers like you becoming members to pay writers and fund our operations. We don’t take money from wealthy backers and we don’t run ads.

If you want to see more work like this published, become a Passage member today.