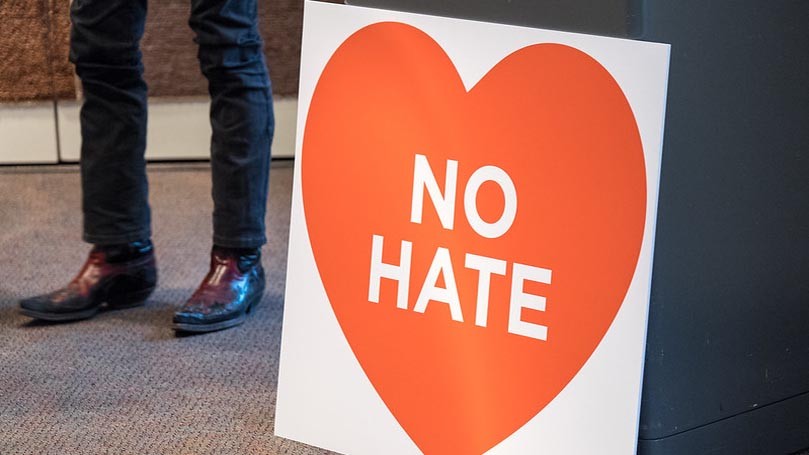 The phrase “cancel culture” is what linguists call an “empty signifier.” It implies a lot but means nothing.

People who use the term without irony do so to inject irrational fear into discussions of culture, politics, and ethical behavior. This tactic provides a right-wing ideological cover for maintaining racist oppression, imperialism and war, class exploitation, and heteronormative patriarchy.

People who fret anxiously about “cancel culture” fear that criticisms of oppressive systems, abusive language, and hate-filled violence are really targeting them personally. These anxieties are manipulated by millionaire- and billionaire-controlled right-wing media, blog sites, and conspiracy-based organizations that stimulate panic and hatred. Their goal is to stir up as much animosity and anger in a base of right-wing supporters to either build momentum at election time or, barring electoral success, mobilize violence and threats of violence like the Jan. 6th terrorist attack or other such mob uprisings to push a tax-cutting, anti-worker, anti-woman, racist, white supremacist agenda.

“Cancel culture” is an empty signifier because it refers to nothing in reality. People who seek justice don’t want to cancel people. They do not desire to harm white people or cause all men the same pain and suffering many men have historically leveled against women. Vengeance against straight or cisgender people isn’t on anyone’s agenda. Countries targeted by U.S. imperialism don’t want war with the U.S., they want freedom to develop and determine their own futures without intervention.

The fear that the “social justice warriors” are out to get us is a hoax, and a little paranoid. It is irrational and reflects a disturbing fragility within dominant cultural values. Scholar Robin DiAngelo has observed and documented this purely emotional phenomenon in White Fragility. Indeed, palpable forms of this fragility could be perceived when tiki-torch-bearing neo-fascists marched infamously in Charlottesville, Virginia, in 2017 brandishing Nazi salutes and chanting anti-Semitic and racist slogans that expressed a fear of being cancelled. This fragility points to the urgency of changing dominant culture, not of lashing out at those who demand justice.

Take one example of a major system of oppression, whiteness as a racial category. As a cultural-legal-economic system, it tries to hide class exploitation by creating a facade of white racial unity. Whiteness came into existence only when European imperialists invented racial slavery rooted in anti-Black hatred. If we can admit this happened and has been perpetuated in various forms historically and in the present, we may be able to craft a basis for a new way of imagining the world. If we acknowledge that this complex of racist animosities lies at the heart of the dominant definitions of U.S. citizenship, meanings of freedom, liberty, and democracy, and even some of our ideas about political progress, we might be able to move forward together.

We need a working-class culture, one that recognizes the nature of capitalist society and fights to humanize exploited people as empowered humans — the majority of people — who should in fact lead our country.

On what basis might we transform dominant cultural values? Comedian Dave Chappelle, as much as he might resist the idea, may have something to teach us.

First, it is important to remember that taking a comedian too seriously, and one who deliberately stirs up controversy to generate buzz about his shows, is doing the whole comedy thing wrong. Still, when a comedian deliberately jokes about political issues (like racism or capitalism), it is nearly impossible to avoid thinking about their statements as simply jokes. More often than not, the claim “I am just telling jokes” is hogwash. Second, I am no expert in comedy or in Chappelle’s personal biography. Here, I only reference my own experiences with some of his shows.

I am generally unconcerned here with the “right to free speech.” It, like the phrase “cancel culture,” is deployed like an empty signifier. It implies a lot but means little. Hate speech isn’t free; it costs its victims a great deal more than simple emotional harm or hurt feelings. It punishes, even kills. Transphobic, racist, and sexist jokes play a role in that harm. Like most of us, Chappelle is probably generally a good person, not directly harming other individuals, except perhaps with words that target trans people. We should cancel the culture in which jokes like these seem to be funny.

My purpose here isn’t to re-hash a critique of Chappelle. That has been done more or less  effectively by others.

Chappelle’s explicit denunciation of capitalism and white supremacy in “The Bird Revelations” was tarnished by his deliberate attacks on trans people in “Sticks and Stones.” There is no walking back or soft-pedaling the relationship of hate speech to transphobic violence.

And Chappelle hasn’t so much as apologized as defensively claimed to be simply telling jokes and whined about a “#metoo headache.”

But Chappelle has also talked (and joked) about his transphobic jokes. In another special, he joked,

My problem has always been with the dialogue about transgender people. I just feel like these things should not be discussed in front of the Blacks. It’s fucking insulting, all this talk about how these people feel inside. Since when has America given a fuck how any of us feel inside? And I cannot shake this awful suspicion that the only reason everybody is talking about transgenders is because White men want to do it. That’s right, I just said that. If it was just women who felt that way, or Black dudes and Mexican dudes being like, ‘Hey y’all, we feel like girls inside,’ they’d be like, ‘Shut up, n—–, nobody asked how you felt. Come on everybody, we have strawberries to pick!’ It reeks of White privilege. You ever ask yourself why it was easier for Bruce Jenner to change his gender than it was for Cassius Clay to change his fucking name?

The contextualization of his previous joke-speech into a larger network of systems of oppression, may not deliver a full and accurate social picture, and it doesn’t alleviate harm, but it is clearly not a right-wing rhetorical strategy. It isn’t a meaningless claim to “free speech rights” or empty fragility about “cancel culture.” It is a plea to dialogue, to extend the recognition of harm beyond a single social position to a complex of social identities that include racial and class coordinates.

Elsewhere in his routine, Chappelle discusses hearing from trans people about his jokes. He claims a vulnerability that he holds along with multiple oppressed communities, including trans people. He claims that the issue’s recent emergence in public discourse makes it difficult to write jokes that express empathy. Instead, feelings of vulnerability caused him to reactively write jokes that targeted people with whom he’d prefer to sympathize.

When pieced together, these comments (jokes, statements, arguments) function as defense mechanisms against criticism. Why are you saying bad things about me for my words or actions? I am just joking. I am not harming anyone. I didn’t mean it. There are other, bigger problems to worry about.

These defenses are common and expose a core of fragility. A right-wing response to feeling fragile is to deny the reality of the harm of one’s words, to insist that one has a “right” to say such things, as if that “right” trumps all and everyone else. Reducing the issue to hurt feelings does an injustice to the social harms — discrimination, violence, and marginalization — that devastate trans individuals.

But Chappelle’s comments suggest he isn’t simply dismissive of feelings and real pain — his or others. Rather he wants us to elevate anti-racism, anti-capitalist critiques that can be lost sometimes in identity politics. Those of us who hold multiple powerful identities sometimes deny how our own words or actions can also be a source of oppression when we refuse to locate ourselves in this complex of intersecting social relations. How does it appear for a straight, white male presenting person with relative class privilege to lecture a Black man about transphobia and never take into account racism and class exploitation?

How do we refashion culture for liberation?

First, we can accept that our culture is something we practice every day. It is not just influenced by racist or sexist media or manipulated by dominant homophobic and transphobic social institutions. We make it through our own choices about words and actions. Through collective action and work, we can change our words and actions.

Chappelle’s problems and responses indicate a way to make progress. Though we may regard this as relatively minor in the larger scheme of struggle and alliance building, this process of continuing to reflect, talk, and engage offers a way to think about how we grow as people of the working class. Canceling a discussion by simply refusing to engage it is a right-wing, even a fascistic gesture. Consider, for example, the ban Republican lawmakers in Texas put on using the word “racism” in legislative hearings about their racist voter suppression laws that target Black voters. Think about the criminalization of “critical race theory” in Republican-controlled states that resist talking about white supremacy. Threats of violence against public health officials or governors who want us to follow scientific processes for eliminating a deadly infectious disease are of this political mindset.

We must recognize that even when we believe we have the most advanced, most correct views about an issue, we didn’t arrive at them out of sheer personal insight. We learn through collective struggle in which the democratic rights and humanity of different communities are elevated. Many of us who believe we hold “the” correct views about social relations call out those who have not yet arrived. There are certain instances when calling someone out for racism is necessary. The recent demand for the resignation of Delaware AFL-CIO State Federation Executive Director Gerald Brady was the correct step. A leader of the working class who uses racist language, even in what he thought was a private communication, should be removed.

Racism is a poison that infects our class, and a leader of our class who betrays us with that poison should step down. Remarks made in an apparently private communication seem to make them worse; what else does the man do or say in private? How do these vile things filter into his public actions and words?

Instead of only “calling out” such behavior, however, we might consider “calling in” a person who errs in so rotten a fashion, especially if they hold a record of allyship with progressive struggle.

Our colleagues and siblings in the labor movement around Brady could meet with him and talk about the words he used, the history of those words, and listen to his acknowledgment of the pain he caused and may even be suffering from himself. Workers and union organizers themselves could deepen their own commitments in a public manner to the anti-racist struggle and forge deeper ties to the affected communities.

We don’t cancel people. We want to cancel war, sexism, homophobia, transphobia, and capitalism. Only when those systems are demolished in favor of working-class power will Chappelle’s jokes and Brady’s comments find no safe harbor.