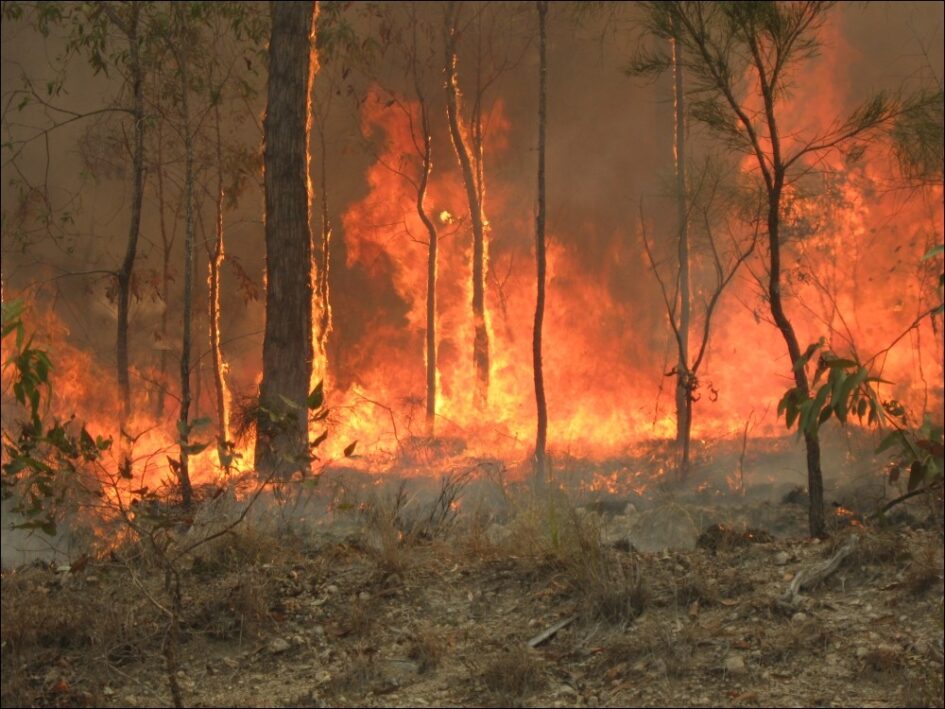 From The Socialist newspaper, 11 August 2021

Fight for a socialist alternative to save humanity First the good news – it is still possible to avoid a climate apocalypse. And the bad news? It is already too late to avoid climate catastrophe!

This is the verdict of the United Nations’ Intergovernmental Panel on Climate Change’s (IPCC) latest report published ahead of the international climate summit in Glasgow this November.

The IPCC’s 2018 report gave us the handy slogan “1.5 to stay alive” – pointing out that even a 1.5°C increase in global average temperatures above pre-industrial levels would result in disastrous effects on the eco-system, but would still allow global warming to stabilise and human life to survive.

The latest report shows that we are already at +1.1°C, set to smash through 1.5°C, and headed for the 3°C – beyond which you get a series of ‘tipping point’ events. These would set the planet on a course for a runaway greenhouse effect, which would be irreversible and could make human life unviable.

This year’s IPCC report tells us that no matter what carbon reductions are carried out we are going to hit 1.5°C by 2030.

This tells us what we already know. We’ve seen the deadly floods that tore through communities in Germany, Netherlands and Belgium, the wildfires that have laid waste to swathes of California, Australia, Russia, Greece and Turkey, and the unprecedented heatwave in America’s Pacific North West. Thanks to the lack of action by capitalist governments to reduce emissions, more of such events are expected.

Of course, our rulers are not silent. With the UK government hosting the UN’s ‘Conference of Parties’ (COP26) talks, we can expect to see plenty of photo-ops at wind farms and the announcement of ambitious new targets for carbon reduction. What we will not see is any meaningful action to meet those targets.

COP26 should be facing up to the fact that the system of ‘cap and trade’ – selling the right to pump greenhouse gases in to the atmosphere – has been a complete failure. Canada has actually increased its carbon emissions since agreeing the ‘Paris Accords’!

The British government’s performance fares little better. True, there’s been a 29% reduction in carbon emissions in the last decade (mainly due to continuing deindustrialisation), but this still leaves it about 20% short of its target for 2030.

Boris Johnson’s response is to announce ambitious new targets, while also giving the green light to further oil and gas exploration, a new coal mine, and a big expansion of the national road network.

The ‘good news’ aspect of the IPCC report should be a call to action. But although it’s in capitalism’s overall strategic interests to avoid climate catastrophe, its political leaders seem determined to soldier on with profit-friendly climate change schemes that have already failed.

For meaningful action, we need to fight for a change of direction. But it’s not enough to ask the villains of this story to change their ways. Capitalism is the climate crisis.

Only the working class, which has no stake in capitalism but whose collective power can halt capitalist production, is the key to changing society. Armed with a programme for the socialist transformation of society, it can bring about the global reconstruction that can save us from a climate inferno.

It can replace the chaos of capitalism with democratic socialist planning of the economy, to meet the needs of humanity and the environment.

NHS: Kick out the privatisers, Fight for funding, Build for strike action

Thanks to the miners – an example of workers’ struggle and solidarity

Rising against a rigged and rotten system – Socialism 2021

A day in the life of a young hospitality worker

Review – The Struggle for World Socialism

Waltham Forest: Fighting for a home for Nadia and homes for all

August 1991 – The aborted military coup in the ‘Soviet Union’

You need a union when the time comes to fight

Over 3,000 votes for fighting socialist programme in CWU