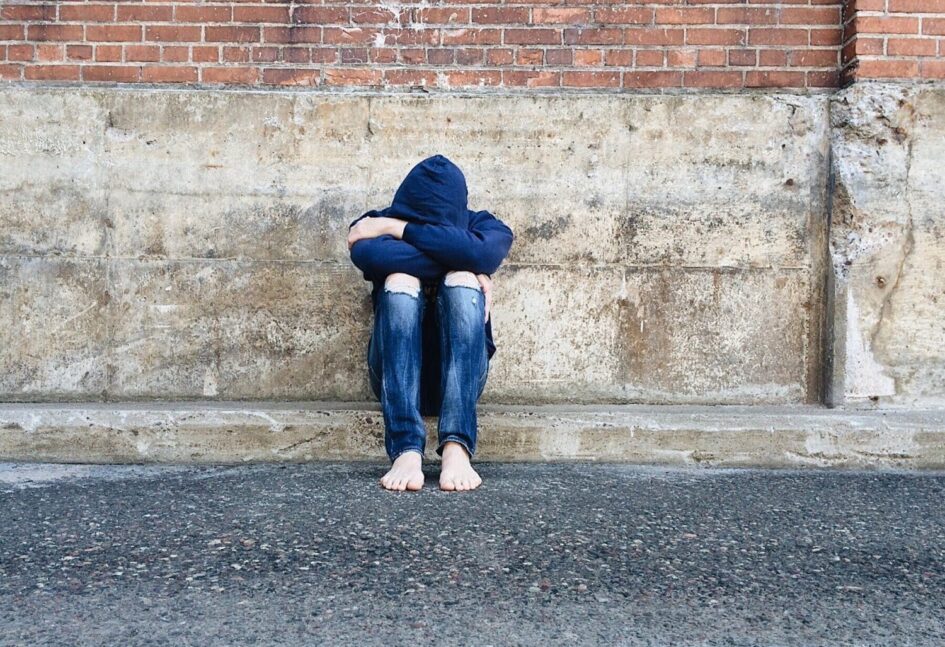 Both reports point out that youth mental health was severely deteriorating even before the COVID-19 pandemic, and the experience of the last two years has only exacerbated the issue. This is a glaring confirmation that capitalism’s continued existence is destroying the mental and physical wellbeing of millions of workers and youth.

Not a new problem

Even before the COVID-19 pandemic, mental health challenges were the leading cause of disability and poor life outcomes in young people, with up to one in five children ages three to 17 in the US with a reported mental, emotional, developmental, or behavioral disorder. In 2016, of the 7.7 million children with [a] treatable mental health disorder, about half did not receive adequate treatment.

It goes on to present a cascade of pre-pandemic statistics. From 2009 to 2019, “the proportion of high school students reporting persistent feelings of sadness or hopelessness increased by 40%; the share seriously considering attempting suicide increased by 36%; and the share creating a suicide plan increased by 44%.” Additionally, “between 2011 and 2015, youth psychiatric visits to emergency departments for depression, anxiety, and behavioral challenges increased by 28%.” Among people ages 10–24, suicide rates increased 57% between 2007 and 2018. The findings also indicate that particular groups are at higher risk of developing mental health challenges: racial and ethnic minorities, as well as LGBTQ, intellectually disabled, poor, immigrant, and homeless youth.

Another indication of the mental health crisis was also apparent before the pandemic: the predominance of mental health crises in popular media. Popular shows such as Euphoria, Fleabag, and Bojack Horseman focus on characters—most often women—who navigate contemporary society alienated, depressed, and coping with drugs. Their popularity has even led to subcultures on social media that imitate the nihilism and depression of these characters. Just look up “Fleabag Era” on TikTok to view numerous young women expressing their sense of despair, hopelessness, and the feeling of “being a mess” as they struggle to get through life.

The proportion of young people that love and relate to Euphoria speaks volumes in itself. The show features a high school girl’s battle against opioid addiction, depression, and bipolar disorder as she navigates a high school experience fraught with sexual aggression, lockdown drills, poverty, insecurity, overprescription of and easy access to hard drugs, the destruction of sexual privacy by social media, and the general sense of isolation and hopelessness that millions of young people feel in the 21st century. While headlines moralize against the show’s “shocking” subject matter and “graphic” visuals, the question we should be asking is why so many young people relate to it.

For viewers of “Euphoria” — whose episodes usually feature a mix of bad sex, violence, gratuitous nudity and unsparing depictions of addiction — feeling stressed and anxious while watching comes with the territory. https://t.co/BrMKLual1S

The mental health crisis is rooted in capitalism itself

As we have explained in previous articles, issues such as depression, anxiety, suicidal behaviors, and self-harm practices are social problems. They are symptoms of the broader chaos, insecurity, and societal malaise that we witness all around us, all of which are inherent to the capitalist system in its period of decline. Mental health is complex and multifaceted, and genetics and other biological factors certainly play a role. But these factors do not adequately explain the explosion in the mental health crisis in recent years.

Capitalism undermines mental health in a variety of ways. Millions of young people, who have seen only endless war, climate catastrophe, and multiple economic crises in their lifetime, feel quite literally that they have no future. As capitalism drags down our living conditions while worsening the climate crisis and badly botching the handling of the pandemic, more and more workers and young people feel like there is “no way out.”

Furthermore, in a society in which the means to produce the necessities of life are owned privately, the majority of us have no genuine control over our living or working conditions. We work long hours scheduled only to maximize profits for an unelected boss. Chronically stressful life situations, lack of access to nutritious food, lack of access and time for recreation and social connection further strain the physical and mental health of millions. And as the rich hoard more and more money for themselves, there is always less to go towards public services such as schools and hospitals, which remain underfunded, overcrowded, and ever-threatened by explosions of violence.

The consequences are numerous and far-reaching. Young people today must contend with the effects of generations of exploitation and oppression while simultaneously dealing with the trauma they face in their own lives. This can manifest in an inability to maintain healthy relationships, leading to overwhelming feelings of isolation, anxiety, and hopelessness. So of course they are reporting higher and higher levels of mental scars—scars which only deepened in the perfect storm that has been the COVID-19 pandemic.

Mental health in the COVID era

Since the pandemic began, the rate of depression and anxiety among young people has doubled, and the attempted suicide rate among adolescent girls and boys increased by 51% and 4%, respectively. A quarter of young Americans now suffer depression, and a fifth suffer anxiety. The pandemic and economic crisis have robbed people young and old of everything necessary for adequate mental health: sources of income, social connection, stability, and safety.

The Surgeon General report points to a particularly harrowing statistic: 140,000 children have lost a parent or caregiving grandparent to COVID-19. And while the immediate and at-home effects of the pandemic are devastating enough, we cannot forget that all of the global political problems that existed before 2020 have only gotten worse. Since 2020, young people have witnessed more natural disasters, racist police brutality, economic crisis, and general political instability. The feeling of having no future is more present than ever.

As mental wellbeing deteriorated over the past two years, so did the number of people seeking care. And as should be expected under capitalism, care centers found themselves overcrowded and unable to handle the influx, leading to a national shortage of therapists. Burnout among social workers leads to a further inability to deal with the crisis—a vicious feedback loop exacerbated by the privatized capitalist healthcare system.

The “solutions” offered by capitalism

While the in-person supply of therapists is short, there has been a proliferation of mental health apps such as Talkspace, Betterhelp, and others. In a limited sense, it is a step forward that people have easier access to therapy, and it shows the potential to create more accessible solutions to mental health problems using technology. But as long as these tools are owned privately and operated for profit, they will respond to the whims of the market, rather than the needs of their patients. On-demand therapy apps also pose their own issues. Many sell client data to third-party companies for profit. These apps are not run by board certified psychologists, and the responsibility for ensuring ethical and legal standards of practice is on the individual therapists themselves, not the companies hiring them.

In many ways, however, this is beside the point. For therapy or prescription drugs to work in the first place, certain prerequisites must be in place. Aside from the fact that to obtain good counseling and proper diagnosis, one must first be able to afford it—which is not a given—therapy and prescription drugs will not fix an unstable home, an abusive home situation, unemployment, high costs of living, low wages, etc. It is above all what happens outside of the therapists’ office that affects our overall mental wellbeing. And that is the rub of the question.

In the past, issues such as depression, anxiety, or suicidal thoughts and behaviors were swept under the rug, at home, in schools, and in workplaces. While stigmatization certainly still exists today, in particular within especially oppressed layers of the working class, we are now much more accustomed to recognizing mental health issues. Awareness campaigns, television advertisements, and workplace “de-stigmatization” have become common. Amazon has recently announced a “mental health benefit” package for its workers, and the phrase “taking a mental health day” has entered the public lexicon.

The fact that mental health is now more widely understood is positive. But just being “aware” of mental health issues is not a viable solution. That is why, despite this new “awareness,” these trends are only getting worse. As capitalism cannot guarantee genuine stability or security of any kind, the individual and idealistic solutions it does offer can never be sufficient.

For a revolutionary solution

The root problem is capitalism, and that root must be torn up and replaced with a truly humane society: socialism. By forming a workers’ government and nationalizing the commanding heights of the economy under democratic workers’ control, we could rebuild society so that all of us have adequate housing, nutrition, education, jobs, and healthcare. We could completely retool our infrastructure to fight climate change, and massively fund education and cultural programs. And on this basis, we could guarantee everyone a job and reduce the work-week to 20 hours or less, with no loss in pay, freeing up time for millions of people to pursue their passions and develop themselves freely.

To put it simply, only the socialist revolution can allow us to build a society absent of the material causes of depression, anxiety, suicidal behaviors, and the myriad mental stressors that we have to deal with every day as workers. For the first time in history, the majority of people would have true agency and autonomy.

Some may read this and think, “but I can’t wait for socialism to feel better!” We agree. To this, we say that the best thing for a grieving soul under capitalism is to organize and fight for socialism. We are not merely waiting for socialism—we are fighting for it, together, filled with revolutionary optimism and the conviction that the working class can and will overthrow capitalism and build socialism in our lifetime. We do not share the pessimism prevalent throughout society. Nor do we share the false positivity of those who pretend that merely thinking positively can change the world. Our optimism is materialist. It comes from an understanding of the lessons of the past, and the confidence that socialist revolution is in our future—but we must organize for it now.

It is time for a community approach to mental health

Where is the hue and cry about the COVID mental health crisis now?