Capitalism’s ghosts of Christmas past, present, and future 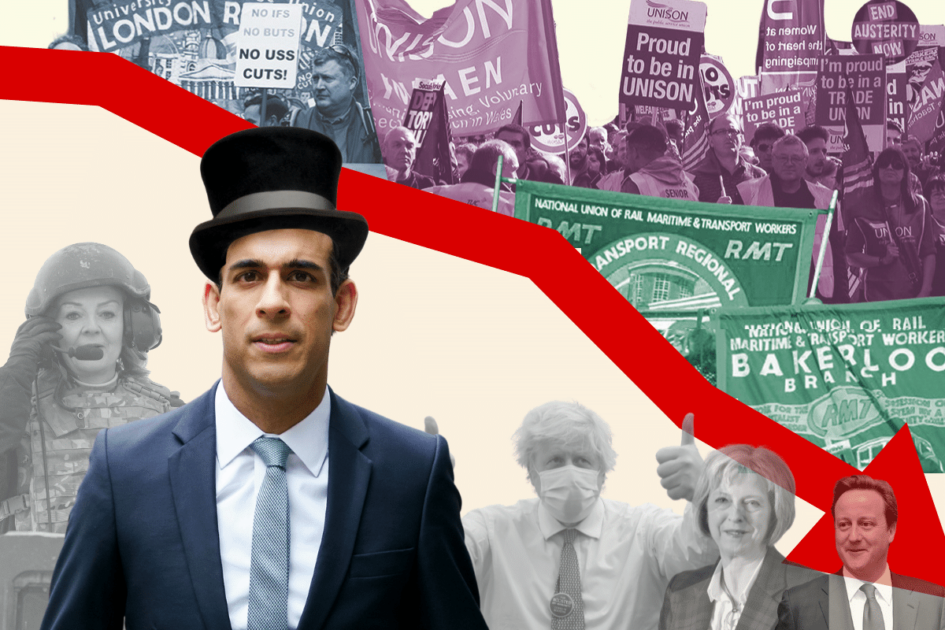 The festive sounds of Slade blasting out everywhere, wishing us a Merry Christmas from the 1970s, serve as an added reminder of how much worse things have become over the subsequent decades.

At least you could get a doctor’s appointment or hospital treatment back then. Young people, meanwhile, had a reasonable chance of getting a council house. And students could get a full grant to live on. Not any more!

From bad to worse

This year, Christmas is overshadowed by rising inflation, war in the Ukraine, an energy crunch, and the threat of power cuts.

Living standards are deteriorating faster than at any time since records began, after the Second World War. Our public health service is at crisis point, lacking enough beds to cope with demand. Britons now have the worst access to healthcare in Europe.

Food bank queues are getting longer. Energy prices, despite the cap, have gone through the roof. People are having to cut back on heating, or even on food. Just getting through the winter will be hard enough for millions. And there could be much worse to come, as the European Union tightens the noose on Putin’s Russia.

The Tories are determined to ‘balance the books’ on the backs of the poor. Council taxes are due to rise, whilst services are being slashed even further. Some local authorities are facing bankruptcy, as central government further reduces grants.

And if you think this winter is going to be bad, then next winter is likely to be even worse, with the UK economy entering a recession that is forecast to last two years. 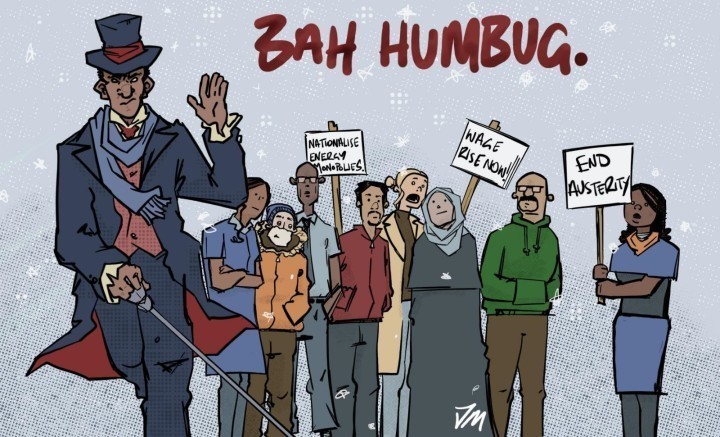 The cost-of-living crisis is punishing the working class. Shops are closing as people tighten their purses. Even the middle classes are feeling the pain.

There is no ‘levelling up’, only levelling down. Many of those who voted Tory for the first time in 2019 are now saying ‘never again’.

Workers, asking for wage rises that keep up with inflation, are told that there is no money. Yet the chief executives of the UK’s biggest companies have seen their salaries jump by 39% to an average of £3.4 million.

Consequently, the working class faces real-wage cuts not seen since the 1820s. We are being thrown back not to the 1930s, but a century earlier. It will truly be a Dickensian Christmas this year.

There are certainly ‘two nations’, with the class divide wider than ever before.

The Tory government is presiding over massive tax rises and spending cuts, while removing the cap on bankers’ bonuses.

The rich and privileged will certainly not suffer this winter, drinking champagne and dining in their mansions or on their super yachts. They might spend Christmas in the Caribbean. They will continue as before, oblivious to the suffering of millions.

They will not think of those who are rationing their cooked meals and hot drinks, in order to save on their energy bills; or those who are having to spend more of the day in bed to keep warm. 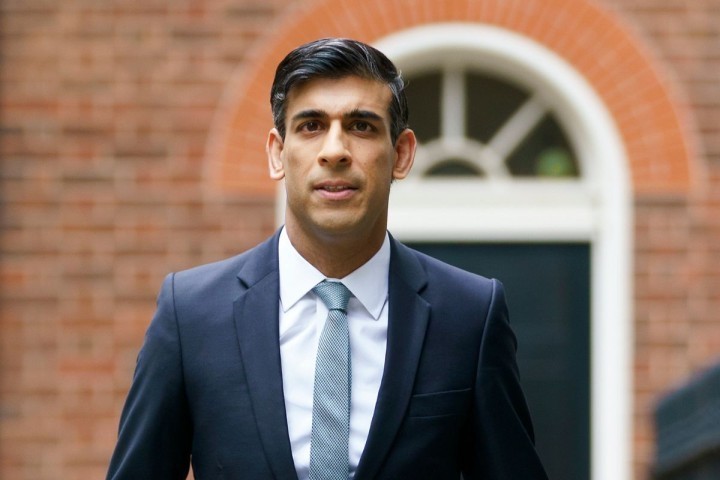 The Tory Brexit gang are still throwing their weight around in Parliament, pushing for the scrapping of 4,000 pieces of EU-derived regulations. Any retreat on this, or suspected softening on Brexit, is denounced as betrayal.

Big business is up in arms, however, as these legislative changes will increase costs for industry and exporters, biting into profits and pushing up prices, with no added benefits.

The idea of ‘Global Britain’, meanwhile, has evaporated, as Britain enters a period of further decline. According to the OECD, the country will be the worst performing economy in the G20 over the next two years, apart from sanction-hit Russia.

What we are experiencing is a deepening crisis of British capitalism, where all the contradictions are coming to the surface. The UK is now the sickman of Europe.

This is reflected in the continued splits, divisions, and rebellions inside the Tory Party, which is being torn apart by the centrifugal forces of the crisis, as different factions pull in different directions, searching in vain for a way out of capitalism’s impasse. 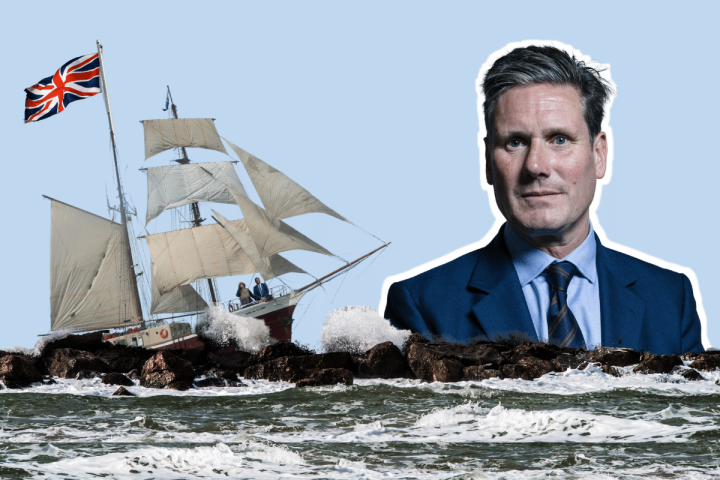 The ruling class has given up hope that this government will do anything positive before the next election. Instead, they are eyeing up a potential Starmer Labour government, which would obediently do their bidding and clear up the Tories’ mess.

After all, ‘Sir’ Keir Starmer talks like a Tory, he acts like a Tory, and he is an establishment man; a loyal knight of the realm.

Despite vague promises of democratic reform, such a Labour government in truth would act little differently from this Tory government. The Labour leaders are committed to ‘fiscal ‘responsibility’, which means austerity.

Sunak and Hunt, meanwhile, have delayed the big spending cuts until after 2024, meaning that the most ‘eye-wateringly difficult decisions’ would confront an incoming Starmer administration.

Keir Starmer will relish the idea of serving big business, and will carry through the cuts demanded. Rather than ‘reforms’, we will see counter-reforms and attacks on the working class.

As we can see today, however, the working class is on the move. Workers are not prepared to tolerate any more savage attacks on their living standards.

The result will be a head on clash with a future Starmer government. This will push the trade unions into opposition, leading to a crisis Labour government facing an aroused working class.

This will provide a painful lesson about the bankruptcy of right-wing reformism. There will be an impetus to the left. Workers and youth will draw radical conclusions, bringing capitalism into question. 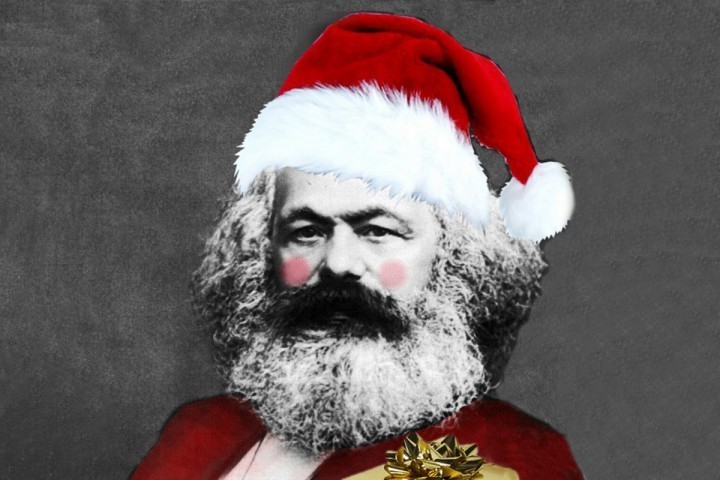 The problems faced by the working class are, at root, the product of capitalism in crisis. No amount of tinkering will make these problems go away.

This is the main problem with left-reformism, which believes that capitalism can be somehow patched-up; made kinder and nicer. In reality, such illusions are a road to ruin.

Only by expropriating the major monopolies and banks, without compensation, can we plan the economy in the interests of the majority. Only then can the resources of society be used productively, on the basis of need, instead of for the benefit of a handful of parasites.

The overthrow of capitalism in Britain would be the stepping stone towards a socialist united states of Europe, and then a world federation of socialist states.

This would bring an end to war and poverty, and to the pillaging of the planet for profit. It would be a real future for humanity, where people’s talents and potential would be fully realised for the benefit of all.

But there is no socialist Santa who will bestow us this present. Instead, we must get organised and fight for it. So join us for a Merry Marxmas and a revolutionary New Year!

US Past and Present

Oliver Stone Documents the Past to Illuminate the Present

One foot in the present, another in the future: Food Coops

Climate change: Adapt for the future, not the past

Toward a third Reconstruction: Lessons from the past for a socialist future

No future without the overthrow of capitalism

Thousands march on US embassy in Greece: “Our future is not capitalism”