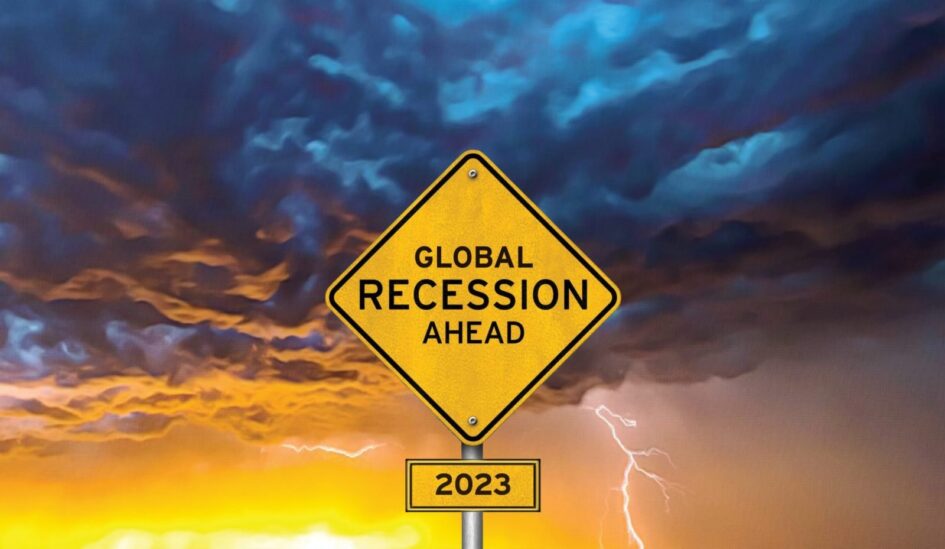 Editorial for issue 37 of Socialist Revolution magazine. Subscribe now to get your copy!

The 2024 presidential picture is murkier than ever, with Biden’s flailing presidency embroiled in scandal after classified documents were found at his private residence in Delaware. This, after running as the “anti-Trump” candidate and making political hay out of similar papers harbored by his rival at Mar-a-Lago. Both major parties are in turmoil as the cynical circus of American politics makes it impossible for voters to decide which establishment party is the “lesser evil.”

This is to be expected in a terminally ill system and reflects the organic imbalances of a society premised on private property and the nation-state. In the jargon of the US Army War College strategists, the world can be summed up with the acronym VUCA: “volatility, uncertainty, complexity, and ambiguity—qualities that make a situation or condition difficult to analyze, respond to, or plan for.” This is the root cause of the bewilderment, despair, and frenzied lashing out of the ruling class and its political henchmen.

As the would-be masters of the universe huddled in luxurious comfort at the World Economic Forum in Davos, WEF President Børge Brende declared that the meeting was being held “against the most complex geopolitical and geoeconomic backdrop in decades.”

Participants longed wistfully for the “resilient dynamism” of the “post-crisis” world of 2013. A decade later, they speak instead of “permacrisis” and “a world buckling under a never-ending cascade of calamity—war, climate catastrophe, energy price chaos, inflation, epidemics of hunger and disease, political instability, and widening economic inequity.” And as The Economist chimed in, this has “set off a dangerous spiral into protectionism worldwide” that threatens “the causes of liberal democracy and market capitalism.” Wherever you look, it’s doom and gloom for the serious analysts of capitalism. As opposed to the ranting sycophants and lying apologists of the system, these commentators can be considered “serious” because many of them manage funds or companies worth billions of dollars. The decisions they make, based on their perspectives, is how they keep their lucrative positions.

As an example, take the Danish shipping giant Maersk, which earned record profits during the pandemic. The company’s CEO, Søren Skou, sees “plenty of dark clouds on the horizon” and predicts an imminent global recession: “I’m not a macroeconomist, but I would be surprised if Europe is not in recession by now,” with the US to likely to follow in the months ahead.

According to Bank of America, 77% of fund managers polled in December believe a global recession is likely over the next 12 months, the most since a Covid-era high of roughly 90% in April 2020. And 92% of fund managers surveyed predicted the economy would soon be beset by stagflation—below-average growth combined with above-average inflation—which Forbes considers a “worst-case” scenario.

This comes fast on the heels of the 2020 collapse, which came only a decade after the dislocation caused by 2008–2009. It’s this constant instability, this lack of personal peace for billions, that is upending the relative class peace the capitalists enjoyed for a limited, exceptional time in the post-World War II period. After a pandemic-induced pause, the world is circling back on an even higher level to the events of 2019, when Latin America and the Middle East experienced multiple overlapping “social unrest events,” to use the terminology of the IMF.

In the third quarter of 2022, analysts at Verisk-Maplecroft found that 101 out of 198 countries witnessed a rise in civil unrest. They conclude their report as follows:

Only a significant reduction in global food and energy prices can arrest the negative global trend in civil unrest risk. Recession fears are mounting, and inflation is expected to be worse in 2023 than in 2022.

Weather will be another crucial factor. A cold autumn and winter in Europe would worsen an already serious energy and cost of living crisis. Similarly, an increase in droughts and water stress globally would worsen already high food prices and spark localized protests in affected areas.

The most explosive civil unrest is likely to occur where avenues for dissent are narrowing and where the ability to shield populations from the rise in living costs are limited. Crucially, this is also where investors are likely to rush for the exit first, leaving the most vulnerable governments even less equipped to take measures to reduce the risk of civil unrest. Although socioeconomic pressure has already given rise to protests across the world, the next six months are likely to be even more disruptive.

In 1908, in the demoralizing depths of the reaction that followed the unsuccessful 1905 revolution, Lenin raised his comrades’ morale by summarizing the world situation in the article “Inflammable Material in World Politics.” Instead of wallowing in despair over the 1905 defeat, he urged his supporters to study world perspectives and keep their eyes on the prize: the inevitability of an eventual revolutionary revival in Russia.

A proletarian internationalist to his bones, Lenin pointed to the ongoing crisis of world capitalism and the heroic struggles of workers in other countries:

The sharpening of the struggle between the proletariat and the bourgeoisie is to be observed in all the advanced capitalist countries. The tendency is the same everywhere, though it manifests itself differently in accordance with the difference in historical conditions, political systems, and forms of the labor movement…

The international revolutionary movement of the proletariat does not and cannot develop evenly and in identical forms in different countries. The full and all-round utilization of every opportunity in every field of activity comes only as the result of the class struggle of the workers in the various countries. Every country contributes its own valuable and specific features to the common stream; but in each particular country the movement suffers from its own one-sidedness, its own theoretical and practical shortcomings of the individual socialist parties. On the whole we clearly see a tremendous step forward of international socialism, the rallying of million-strong armies of the proletariat in the course of a series of practical clashes with the enemy, and the approach of a decisive struggle with the bourgeoisie—a struggle for which the working class is far better prepared than in the days of the [Paris] Commune, that last great proletarian insurrection.

With his unquenchable revolutionary optimism, he added: “The amount of inflammable material in all the advanced countries of the world is increasing so speedily… that the intensification of international bourgeois reaction and the aggravation of every single national revolution are absolutely inevitable.”

He poured scorn on those with illusions in the so-called “progressive bourgeoisie,” who advocated collaboration with the enemy class: “Reaction against the mounting proletarian struggle is inevitable in all capitalist countries, and it is uniting the bourgeois governments of the whole world against every popular movement… It is not on liberal allies that the Russian proletariat should count. It must follow its own independent path to the complete victory of the revolution.”

Just a decade later, on the eve of the victorious uprising of October 1917, he penned “The Impending Catastrophe and How to Combat It.” The only way forward was to carry the socialist revolution to its conclusion by establishing a workers’ government, expropriating the landlords, capitalists, and imperialists, and spreading the revolution to the rest of the planet.

The period we are passing through is closer to 1908 than to 1917. But similar conditions lead to similar results, and America’s 1917 is on the not-too-distant horizon. Combustible material is piled high everywhere, and any number of potential sparks will eventually set it alight. Although the stakes today are even higher, the way out of the impasse remains the same: implacable class independence and struggle as we build an educated and disciplined force that can ensure the victory of socialism in our lifetime. Or, as Lenin put it in his inimitable way: “Perish or forge full steam ahead. That is the alternative put by history.”

Powell’s pivot and the impending slump

Australia is sleepwalking into a long COVID catastrophe

After COP27: Climate catastrophe & the need for revolution