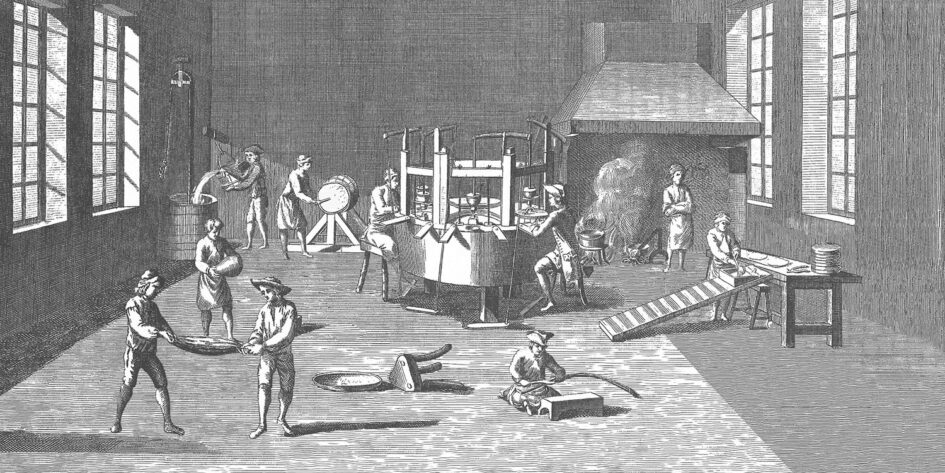 A recent book on how capitalism, through the socialisation of production, is preparing the ground for socialism makes a point made by many – that Marx left no blueprint for a socialist economy.

“Karl Marx and Friedrich Engels may have expertly described the political economy of the capitalist mode of production, but they left few specific descriptions of what their hoped-for replacement would look like.”

Not only is it just as well that they did, given the specific way capitalism has developed, but had they done otherwise it would have contradicted their view that socialism would be the creation of the working class, not the elaboration of ideas sucked out of the thumb of great thinkers.

In fact, the authors of the book do not repeat the error of others, who rebuke Marx for not leaving a ready-made solution, because their book is all about how modern capitalism provides the foundation for socialism (as Marx first described in his critique of the political economy of capitalism).  As the great man said, the task of socialists is only to make workers conscious of what is going on in front of their eyes in order to move forward.

Their criticism of lacking a blueprint is made more against the Bolsheviks in 1917, but then the Russian empire did not have the preconditions for socialism.  The development of the socialisation of production possible under socialism, made possible by prior capitalist development, wasn’t achievable because the latter’s development was insufficient. Other more advanced capitalist powers could not assist because they did not also succumb to revolution.  The fault was not in the heads of the Bolsheviks or the gaps in their programme but the gaps in reality between what existed and what had to be achieved.

As Engels said, quoted in the previous post, “Before capitalistic production . . . the instruments of labour – land, agricultural implements, the workshop, the tool – were the instruments of labour of single individuals, adapted for the use of one worker, and, therefore, of necessity, small, dwarfish, circumscribed. But, for this very reason they belonged, as a rule, to the producer himself.  . . . But the bourgeoisie . . . could not transform these puny means of production into mighty productive forces without transforming them, at the same time, from means of production of the individual into social means of production only workable by a collectivity of men.”

The point of socialism is for these means of production to become not only the product of the labour of the collective worker but also to come under its ownership and control.

Capitalism, properly speaking, only really begins with this enlarged scope and scale of production.  As Marx writes in Capital Volume 1:

“Capitalist production only then really begins, as we have already seen, when each individual capital employs simultaneously a comparatively large number of labourers; when consequently the labour-process is carried on an extensive scale and yields, relatively, large quantities of products. A greater number of labourers working together, at the same time, in one place (or, if you will, in the same field of labour), in order to produce the same sort of commodity under the mastership of one capitalist, constitutes, both historically and logically, the starting-point of capitalist production.”

“When numerous labourers work together side by side, whether in one and the same process, or in different but connected processes, this form of labour is called co-operation . . . Not only have we here an increase in the productive power of the individual, by means of co-operation, but the creation of a new power, which is intrinsically a collective one.”

It is this collective economic power that must become conscious of its role and its interests, which necessarily must entail political consciousness.

Of course, with this development of capitalism, it is capital which combines the many workers, the social labour, that makes cooperation the productive force that it is, requiring greater and greater amounts of capital with person(s) whose sole role it is to wield this capital.  The technical division of labour is subsumed within a social division of labour marked by an increasingly hierarchical division of power between owners, Directors, managers and workers, within which there are other numerous lesser gradations of division.  Cooperative labour thus presupposes a capitalist class that grows in power as the scale of cooperative labour also grows.

This class performs the necessary tasks of directing, superintending and adjusting the performance of this cooperative labour.  This class also imposes the discipline and domination of labour which unavoidably arises, and suppresses the resistance that workers instinctively feel in response to external discipline and control.  Capitalist ideology then identifies the necessary role of direction of cooperative labour with the capitalist and its role of domination.  It does this even when the individual capitalist owner has been replaced by Directors and senior managers who might however be ‘incentivised’ by share options etc. and thus see a material basis for their role of enforcing the requirements of capital.

This ideology does not grant that the cooperative workers might carry out the direction of their labour themselves.  Marx quotes the ‘philistine’ Spectator magazine, unfortunately still with us, saying of workers’ cooperatives that:

“They showed that associations of workmen could manage shops, mills, and almost all forms of industry with success, and they immediately improved the condition of the men; but then they did not leave a clear place for masters.” As Marx says – ‘Quelle horreur!’.

The individual workers are only in the workplace because capital has employed them to be there and directs and controls their actions.  Their collective power appears as the power of capital and the capitalist and/or management.  While they understand that they do not ‘belong’ to either they also understand that they only perform their work because they have been hired to achieve both the objective of the company and the means to achieve it, neither if which is theirs.  This alienates them from their work and is a barrier to their understanding that their labour, like that of the rest of the working class, is the collective foundation of all production, and this being the case, they should both direct and control it.

Again, Marx notes the confusion created: that the power of cooperative labour created by capitalism is not seen as a particular form of such labour but only as the power of capital and its system. Capitalism is nevertheless necessary to bring this particular power of social labour into the world – “the capitalist mode of production is a historically necessary condition for the transformation of the labour process into a social process . . .”

Of course, cooperation has been a feature of all human society and often comes to the fore in particular circumstances, such as natural disaster, giving the lie to crude propaganda that people are naturally or spontaneously selfish or greedy.  Only the capitalist mode of production however raises this cooperation to unprecedented scope and sophistication and does so regardless of the subjective motivations of individual members of each class.

It is capitalism which brings about the socialisation of production through increased division of labour allowing the concentration of capital, the application of machinery and development of large scale industry, requiring the most developed cooperation to make it work.

The ideologues of capitalism constantly assert the virtue of competition in its creation but fail to acknowledge and recognise the associated requirement for cooperation.  At best they seek to determine the limits of cooperation to within firms, in order to assert the primacy of competition in relations between them, but which even here is only partially true.

The unacknowledged role of cooperation can often be seen in references to Adam Smith’s famous pin factory, which required no new techniques or technology but simply required a single worker to devote herself to one of the eighteen tasks required to make a pin, as opposed to each worker completing all of them.  Where previously 200 could be made in one day by ten workers, this specialisation allowed production of 28,000 pins in a day.

No pin was therefore the product of a single worker, so we cannot measure output by adding up the number created by each worker as we would have before.  Labour has become a social activity requiring the cooperation of each worker so that every pin is wholly the product of all.

When we consider the incredible division of labour today, in order to create such things as cars, ships and computers, it has extended beyond a single workshop to a division of labour between thousands if not tens of thousands of production sites across the globe.  Even ‘simple’ commodities, that are usually taken for granted in the most advanced countries, are the product of tens of thousands of factories and offices.  Water requires treatment works, which requires cement, steel, computers and chemicals etc., which each require their own enormous separate production processes.  Electricity requires power stations and wind farms with thousands of separate components and an electricity transmission and distribution system to deliver it.

All these elements involve a massive division of labour both within production units and between them.  We can no longer even conceive how any of this could be the product of one worker or even single group of workers.

Such is the achievement of capitalism in creating the collective worker.  Its socialisation of production requires the cooperation of millions of workers across the globe, yet rather than unite to advance this cooperation to the benefit of all those involved we have drummed into us that we must compete with each other.  Not to develop the best products or techniques, but to crush and kill off competitors and potentially destroy the jobs of others.

As the division of labour has advanced so has the necessity for cooperation and so are the preconditions for socialism more and more established; all driven by capital’s own thirst for surplus value and profit.  The full potential of such cooperation can only be realised through its conscious extension by all those involved in the process of production, distribution and consumption, and the political arrangements that preside over it.  All aspects of it, including competition, then become the conscious and purposeful activity of the collective worker.