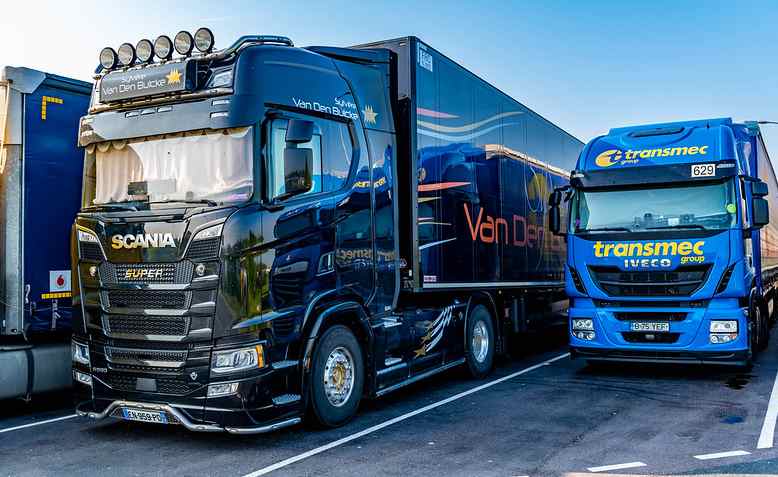 One company that seems to have seen some sense during the lorry driver shortage is Wincanton where Unite has managed to secure a 31% increase in basic pay for drivers. Unite reported that over ninety drivers based out of the Argos distribution centre in Heywood, where Wincanton has a haulage contract, will see a chunky pay rise from £11.41 per hour to £15.

“Lorry drivers have been chronically undervalued and underpaid for too long.

“Employers have to understand that if they want to have sufficient drivers to deliver their goods, they need to pay a fair rate of pay which reflects the skills and responsibility needed to drive a heavy-goods vehicle.

“Unite will now be ensuring that other employers in the region make similar offers to ensure that lorry drivers receive a fair day’s pay for a hard day’s work.

“Unite is dedicated to advancing the jobs, pay and conditions of its members and will fight back against any efforts to diminish workers’ living standards.”

The union now rightly says that this deal can be used as leverage for other drivers as a ‘catalyst’ for better pay offers elsewhere. This will be music to the ears of many drivers, including those at Booker.

“When HGV drivers see hourly rates as high as £40 per hour on a weekend and their pay starts at just over £13 they are bound to be angry.

“It’s no wonder they face strike action and tribunals given the failures of management and HR to act in a collegiate fashion.”

Most workers expect bosses to behave badly and try and squeeze out the profits. But no one should forget who has the goods in their hands. Quite literally in this case.

Hanson UK cement strike has the bosses bricking it

“Our members are simply not going to accept a pay offer which amounts to a pay cut in real terms. With the ongoing driver shortage, our members are seeking a pay increase which recognises their hard work and dedication.

“If strikes do occur then it will have major implications for the construction industry. Supplies of cement will quickly run out, which will result in projects being delayed.

“Hanson’s is simply not giving its drivers the respect they deserve. This is apparent in their working conditions and their pay.”

News from the Frontline readers don’t need reminding that transport workers are in the vanguard in the fight for a New Normal. But a vanguard is only as useful as its connection with the main army. And that means support and solidarity from all of us.

PCS are balloting members against the DVSA (Driver Vehicle Standards Agency) increasing the number of driving tests done a day by driving examiners from seven to eight tests, to tackle a backlog on account of Covid. The ballot opened on September 6th and closes on the 24th.

PCS have warned that the DVSA plans could cause examiners to leave the job because of this with over 450 members in a recent survey saying they would consider leaving if the extra test is implemented.

There are serious concerns that the increased testing is merely the thin of the wedge and could signal further unilateral changes to workers’ terms and conditions. PCS also say that workers’ well-being, safety and performance will be affected and that part-time workers will be ‘adversely’ affected.

The attempts to bully and victimise staff resulted following requests to work off-site over Covid safety concerns during the second wave. The teachers will be on strike again from 14th – 16th September.

The numbers on the picket lines swelled as members were joined by workers from other schools in solidarity. If the dispute is not resolved the NEU says it will issue further strike dates and is considering taking the school and local authority to an employment tribunal.

The NEU has called a protest demanding an end to the bullying culture and rep victimisation at the school and to show solidarity with the strikers on Saturday 11th September at 2pm outside Redbridge Town Hall.

With inflation currently running close to 4%, the workers are determined not to see their real-terms wages drop, and questioning why their offer was lower than their colleagues who recently got 3%. They have also taken issue with their employer not fulfilling previous pension pledges.

The company certainly has the dough to cover the increase for the 150 workers as they reported profits of £21 million generated by these workers who haven’t stopped working through the covid pandemic.

“The company can clearly afford to offer our members more than an insulting two per cent, particularly after they kept Alpha going through the pandemic when other firms were struggling.

“After Alpha’s award of three per cent to other staff and a failure to honour its 2020 pension promises, our members feel they are being treated as second-class employees and are extremely angry.

“The strength of feeling is such that Unite has no choice but to ballot our members for strike action, which could impact the availability of major food, drink and other consumer brands across the country.

“Given the difficulties already facing the supply chain because of driver shortages, this will be the last thing Alpha’s customers want.”

The company supplies some big names, including Coca-Cola and Britvic. Can the bosses afford further supply-chain disruption? The ballot closes on 22nd September.

The University and College Union (UCU) predicts that a typical USS member will see their guaranteed retirement income fall by 35% if employers push ahead with UUK’s regressive proposals, which include a reduction of the yearly accrual rate of pensionable earnings from 1/75 to 1/85 and lowering inflation protection from 5% to 2.5%.

Branch delegates discussed a range of tactics and strategies at a Special Higher Education Sector Conference (SHESC) on September 9th and are due to vote on a plan of industrial action after the weekend.

The union’s Higher Education Committee will meet on September 20th to action the motions that were passed.