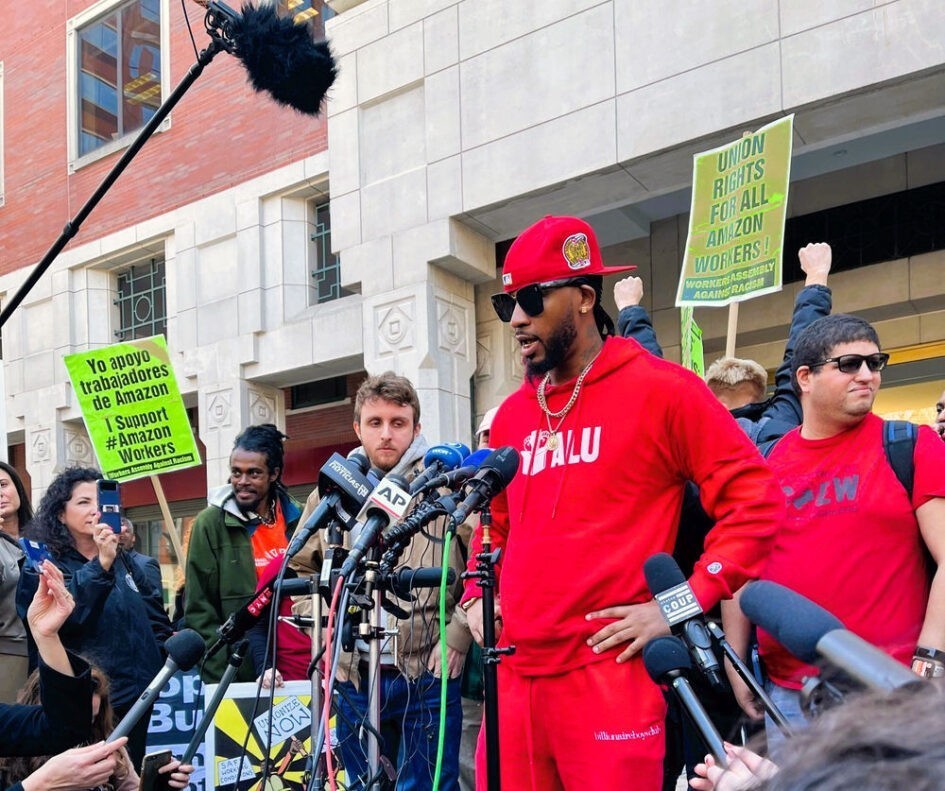 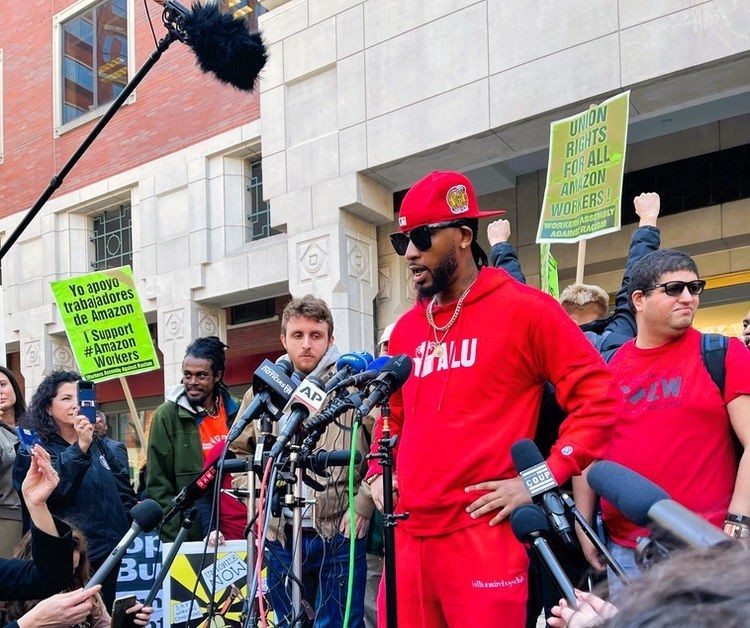 In a huge win for Amazon workers in the United States and US workers generally, workers at Amazon’s massive warehouse on Staten Island, New York voted by a large margin to join the Amazon Labor Union in results released April 1. They are the first US Amazon workers to unionize and they did so in spite of relentless efforts by the company to prevent it.

These anti-union tactics were bad enough that the US National Labor Relations Board (NLRB) ordered a new election at Amazon’s Bessemer, Alabama site.

In 2020, Amazon executives including Bezos attended a meeting in which Amazon General Counsel David Zapolsky described Black organizer Chris Smalls, then recently fired from the warehouse for staging a protest against Amazon’s lack of COVID-19 protections, as “not smart, or articulate”. Executives seemingly believed Smalls’ leadership would discredit worker organizing, to Amazon’s benefit. Instead, Smalls has led ALU’s successful organizing drive as its interim president.

The celebrations of this incredibly important win have been widespread.

Mexican autoworkers are on the verge of a historic union vote