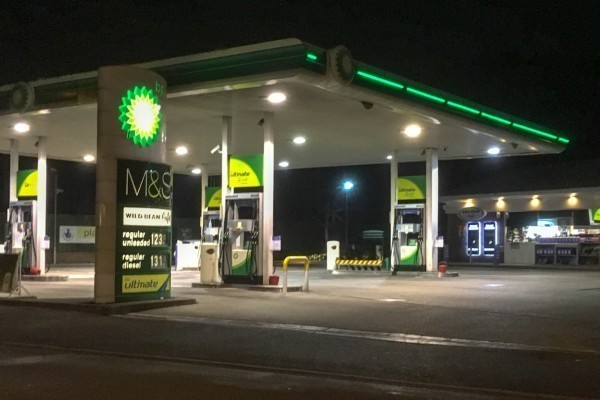 The Tories are blaming the gas shortage on everyone but themselves (Pic: Gerard Mulryan/ Flickr)

The Tories are presiding over chaos and typically trying to blame everyone but themselves.

On Monday around 2,000 petrol stations had run out of at least one type of fuel. And at thousands of others there were long queues as drivers tried to fill up.

The lack of fuel hits lots of ­working class people, such as those who need to drive to work, delivery and taxi workers, some disabled people and people living in areas where public transport is virtually non-existent.

The fuel crisis is another aspect of the shortage of lorry drivers. Fuel exists, but it can’t be delivered to petrol stations.

The chaos comes as the Tories press ahead with attacks on ­millions of people through ending the £20 a week uplift in Universal Credit.

They have also been moved to end the pensions “triple lock”, stop furlough and prepared for an increase in national insurance.

Meanwhile, household energy bills are set to soar by more than £300 next year with the poorest families take the biggest financial hit, according to forecasts by the Centre for Economics and Business Research.

Boris Johnson was expected this week to sign off on “Operation Escalin”—plans to draft in soldiers to drive petrol tankers.

The government has already ­suspended the Competition Act 1998.

But they are doing that because, reasonably, they don’t trust the ­government or corporations to maintain supplies.

The drivers’ shortage is also hitting supermarket supplies and patients are facing delays to their prescriptions and shortages of ­over-the-counter drugs because of a lack of deliveries.

But the central and dominant issues are decades of low pay and the ferocious moves to privatisation throughout the economy.

A system abandoned to market forces has no planning for where resources go except on the basis of what produces quick profits.

A democratically planned system would not go through such crises—and would also replace fossil fuels with sustainable alternatives.

Labour’s shadow chancellor Rachel Reeves was completely wrong to say the fuel crisis is “not because of nationalisation or ­privatisation”.

The chaos now is a condemnation of the Tories, but also the wider system.

After causing a mass exodus, the Tories are desperate for migrant workers to return to cover their backs and protect bosses’ profits.

Racist scapegoating, a right wing Brexit and a deadly mishandling of the pandemic has meant that up to 1.3 million foreign workers had left Britain as of January this year.

But now up to 10,500 lorry drivers and poultry workers will receive temporary visas to work in distribution during the crucial profit-making period of Christmas.

Despite doing all they can to kick out refugees, the government announced measures last Saturday to deal with a shortage of heavy goods vehicle drivers (HGV) and food‑processing workers.

Some 5,000 foreign HGV drivers will qualify for temporary visas valid until 24 December, and a further 5,500 visas will be available for poultry workers.

No longer are the Tories worried about immigrants stealing jobs. Now they can’t understand why migrants wouldn’t want to come back.

But as Tomasz Oryński, a Polish truck driver and journalist, said, “Why would you want to go to Britain, jump all these hoops, face all this hostile environment, if you could go to Ireland or Holland and earn more, be respected, drive on nicer motorways with nice truck stops, and be a free European citizen not a second-class citizen?”

Lorry driver shortages have also seen supply chains affected in supermarkets and fast food chains. Since fuel deliveries have been hit, the Tories have been forced to act.

Logistics UK estimates that what is actually needed is about 90,000 HGV drivers.

Supermarkets alone require an additional 15,000 HGV drivers to operate at full capacity ahead of Christmas.

The Road Haulage Association said the announcement “barely scratches the surface”. It added that only offering visas until Christmas Eve “will not be enough for companies or the drivers themselves to be attractive”.

The Department for Transport said it recognised that importing foreign labour “will not be the long-term solution” to the problem.

So the Department for Education will be investing up to £10 million to create “skills boot camps” for up to 3,000 new British HGV drivers. Another 1,000 will be trained through local courses.

In the same week, EU citizens have been told by one immigration minister that if they have been refused the right to remain, they should leave the country.

The Tories’ thinly veiled plea to migrant workers won’t prove tempting enough for many to return for just three months, before being forced out again.

But for those who do return every effort must be made to ensure they are paid and treated properly.

Such temporary measures shouldn’t be put in place for workers to be picked up and dropped just to suit the Tories’ immediate needs. The border should be opened, and all migrant workers should be welcomed.

It’s clear that despite the racist myths pumped out, migrants are vital parts of the workforce.

On Monuments and Moral Panic