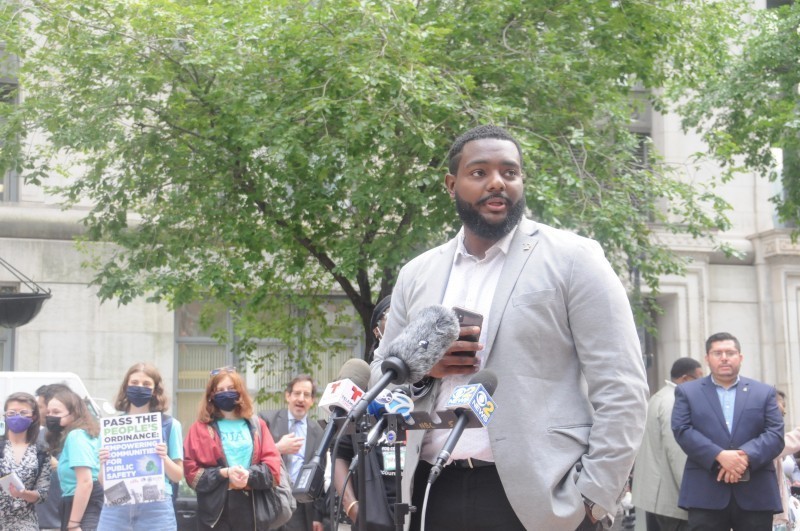 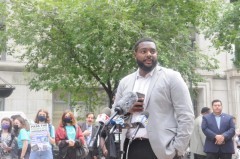 Chicago is making advances in the fight for community control of police.
(Fight Back! News/staff)

Chicago, IL – Monday, November 21 marked an important day in the fight for community control of Chicago’s police on two fronts.

First, Monday was the last day for candidates running for District Council to file to be on February’s upcoming ballot for election. The newly created positions, established by the ordinance for Empowering Communities for Public Safety (ECPS), are a central part of the mechanism to move towards community control over the police in Chicago. Once elected, the District Councilors will represent their communities on policing issues and implement public safety initiatives.

As petitioning season came to a close, 71 candidates who worked with the ECPS coalition made it onto the ballot, with 122 candidates filing in total.

Second, the Interim Community Commission for Public Safety and Accountability (CCPSA) hosted their third public meeting to discuss the Chicago Police Department’s proposal for a Criminal Enterprise Information System (CEIS). This system would replace the police department’s former “gang database, which has been heavily criticized for racial profiling and discrimination. The database was brought under further scrutiny after civilians filed a lawsuit against the police department, triggering an investigation by the Office of the Inspector General. If implemented, CEIS would continue to collect and maintain data on “gang activity” and affiliations.

The Chicago Police Department was set to launch CEIS by this past October. However, the Community Commission stepped in to halt the launch, demanding meetings with the superintendent and the mayor in order to answer pressing questions from both the commission and the public. After several of those meetings went unscheduled, the Community Commission turned their monthly public meeting into a public hearing on the CEIS.

Anthony Driver, the president of the CCPSA, called the meeting, which took place over Zoom, to order shortly after 6:30 p.m. The commission began by hearing public comment on CEIS. 13 people spoke in total, including six candidates for District Council, most of who are running in districts on the South and West Sides of the city.

Jim Blissit III, a district council candidate for District 3, congratulated commissioners and gave kudos on the calling of the meeting and forcing CPD to be more transparent to the public. He urged commissioners to stand against the CEIS database. Speaking on CPD’s classification of residents as gang members via racial profiling, Blissit stated plainly: “There’s no need to continue to trust our enemies to categorize us.”

Krystal Peters, a candidate for district council in the 7th District, also spoke out against the newer version of the gang database. Peters stressed that CEIS would do more harm than good, and that the data does not support that gangs are the biggest source of violent crime in the city.

“The gang database has been widely criticized for years,” said Dod McColgan, a co-chair for the Chicago Alliance Against Racist and Political Repression. McColgan connected the inaccuracy and inefficiency of the gang database to higher rates of family separation, unemployment and “unnecessary interactions with police that lead to trauma, disability and loss of life.”

After public comment, the Chicago Police Department gave a presentation on CEIS and took questions from commissioners and the public. Major points of concern over the database included what criteria made someone eligible to be added to the database, how residents would be notified if they were added to it, and how the use of data gathered by CEIS would perpetuate and further institutionalize racial profiling by CPD.

After two hours of question and answer, the meeting concluded with an agreement from the Chicago Police Department that there is no decided timeline for the database to launch.

The meeting was a culmination of a stage in the fight for community control of police in Chicago. When District Council members are elected in February 2023, they will then nominate new members of the Community Commission and help determine the course of the commissions’ efforts going forward. This will bring the people of Chicago into a democratic decision-making process about who polices their communities and how their communities are policed.