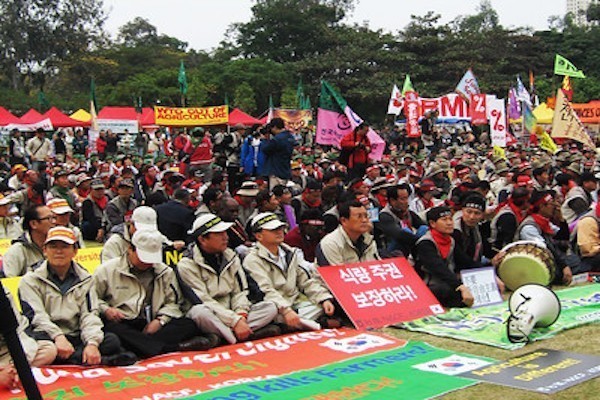 President Joe Biden is worried about China. In April he explained “we are in competition with China…to win the 21st century…we are at a great inflection point in history. We have to do more than just build back better. … we have to compete more strenuously.” But…it was never supposed to be like this.

Back in 2000, President Clinton, in a Congressional speech advocating China’s accession to the World Trade Organisation (WTO), extolled China’s market potential. It was an “opportunity that comes along once in a generation…by forcing China to slash subsidies and tariffs that protect inefficient industries, which the Communist Party has long used to exercise day-to-day control, by letting our high-tech companies in to bring the Internet and information revolution to China, we will be unleashing forces that no totalitarian operation rooted in last century’s industrial society can control”. How’s that going Bill?

Clinton’s forecast was no outlier. It represented the consensus of neo-classical China experts who have regularly predicted the collapse of China’s hopelessly inefficient developmental model for the past three decades. China’s accession to the World Trade Organisation (WTO) which was eventually concluded in 2001 meant “economic forces that would be released by free trade, and commerce would overwhelm the forces in China seeking to maintain socialism, repression, and totalitarianism”. The IMF knew of “no path” through which market reforms could be gradually implemented. They proposed the instant abolition of the central plan and its replacement by a unconstrained free market. So did the World Bank and World Trade Organisation. Neo-classical experts insisted that the arguments in favour of the Big Bang abolition of the plan were “unassailable”. After all, it had gone so well in Central and Eastern Europe! According to the World Health Organisation life expectancy on the former USSR fell by 7 years during the 1990s. China would be worse. Jeffrey Sachs remarked that “China’s long-term political crisis is likely to be graver than Russia’s”. Ronald Coase the Nobel Prize winning economist explained that Communist rule needed to be “wiped out”. The Big Bangers views were not entirely uncontested, Mini Bangers proposed a more gradual path. But the difference was one of emphasis not principle. They shared the same apocalyptic forecast for China’s future economic success, or rather anticipated collapse. Much of China’s investment was “unviable” and “useless”. The slow pace of the reform merely putting off the pain that would inevitably follow.

China’s WTO accession treaty included the most stringent terms for any emerging economy. Market freedom would be imposed from without, and any deviation punished. Although the status of China as a “non-market” economy, something that is often cited as evidence of China’s non-capitalist nature, was not in fact included in the treaty. There was a strict 15-year limit, subsequently ignored by the USA and EU, on any restrictions on China’s participation in the WTO. The World Bank hoped that competitive forces unleashed by China’s accession would act as a “wrecking ball” for the remnants of China’s planned economy. World Bank forecasters predicted that employment in China’s auto industry would decline between 3 and 40 percent.

There was overcapacity, it was claimed, in the steel industry, then producing 190 million metric tonnes (Mmt) a year. The US Congress predicted “China’s WTO accession likely will result in large scale unemployment in certain sectors, particularly rural areas” and “unchecked social unrest could lead to a breakdown in the current political system and an accompanying period of instability”. The World Trade Organisation (WTO) said millions of families would face “significant hardship. All they could do was wish the Chinese “bon voyage”. In 2020 China’s steel output reached 1,053 Mmt. And yet there is no significant reassessment of how the neo-classical consensus was so wrong, with only limited acceptance by key players of their own mistakes.

The neo-classicals’ hubris is followed by nemesis – that haunts Biden’s administration.

William Jefferies is a Senior Lecturer in Foundation Economics at SOAS University of London. His research interests include value theory and globalization.

This article summarizes his 2020 publication: “China’s Accession to the WTO and the Collapse That Never Was”, Review of Radical Political Economics, 53(2): 300-319.