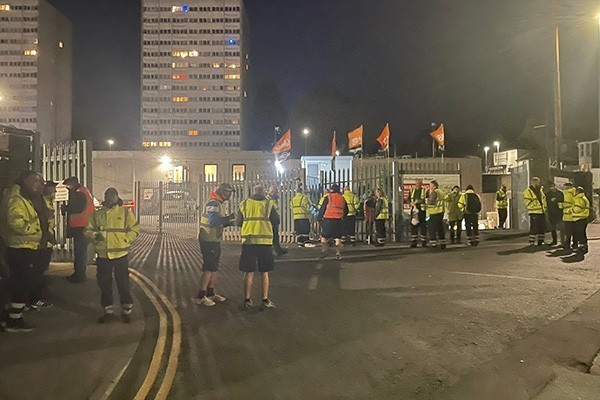 Members of the GMB union are striking after changes in working patterns were imposed by bosses with no consultation.

Bosses have changed ­longstanding routes, duties and crew. Workers are right to say this will have an impact on their health and wellbeing.

Mark Turner, GMB’s Sussex branch chair, said that these new changes are, “either just for change’s sake or as an unofficial program of ­punishments and control.”

The union is demanding an end to these detrimental to changes.

The action comes after workers voted by 100 percent for strikes, on an 80 percent turnout.

At stake is the city’s Green council’s refusal to intervene and settle the dispute.

Gary Palmer, GMB regional organiser said, “There has been plenty of time for the council to sort this, but they have chosen not to.

“Recently I spoke with one of our GMB members who hit the nail on the head when he told me, ‘I doubt they will listen to us seriously until we stand out on the picket line’”.

The council offered a new deal on Monday. But it was completely inadequate and the strike continues.

This is not the first time the council has mounted attacks on its workers.

And in 2013, over 300 refuse workers organised a walkout after the council introduced a new allowance scheme.

Strikers have mounted impressive picket lines, and rubbish has begun to pile up due to the strike.

The union says the deal with Norse Amber Valley management “will see a package of improvements to conditions, as well as a pay deal in line with inflation”.