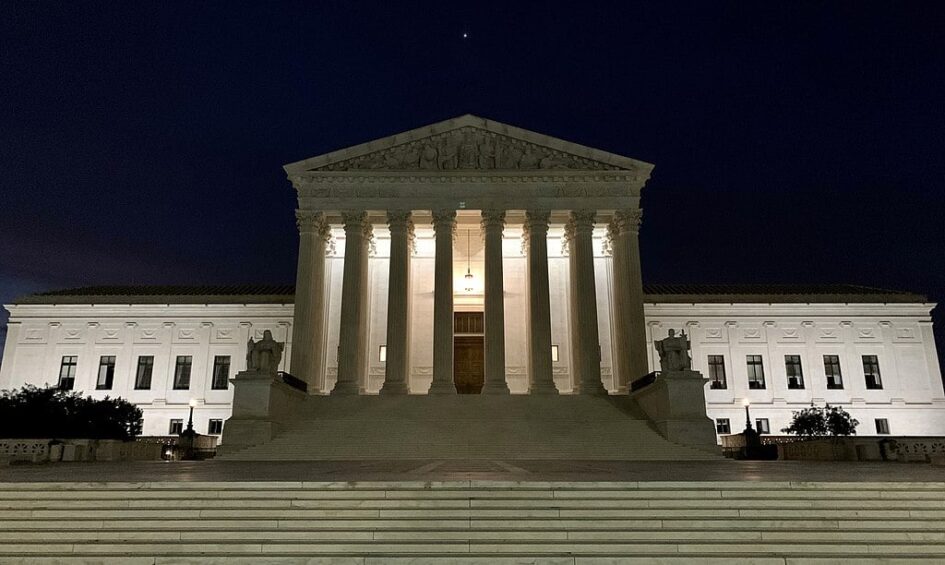 Every young person in America is taught in school about the wonders of the U.S. system of government – brilliantly designed to protect freedom, flexible enough to solve any problem, and given legitimacy by the consent of the governed. But this fairy tale version of U.S. politics bears no resemblance to reality.

In fact, these notions might seem so outlandish that many people’s eyes glaze over at the mere mention of the intricacies of how the government functions. But for those who want to put an end to this unjust order, it is absolutely essential to understand those intricacies. It is not necessary to grasp the ins-and-outs of the constitution or the legislative process to come to the conclusion that the system has to end – but to actually bring about this profound transformation of society we need to know in detail how our enemy operates.

Liberation News is producing the “Civics Class for Radicals” series to shine light on the reality of this system of government of, by and for the rich.

Throughout its history, the Supreme Court has given its stamp of approval to some of the most vile, oppressive practices ever implemented by the U.S. ruling class. At various points, the Court has ruled that enslaved people were property and not humans, that the mass detention of Japanese Americans in concentration camps was legal, that corporations are legally human beings with the attendant rights belonging to people, that Jim Crow apartheid was permissable, and that no federal right to abortion exists.

The Supreme Court is an institution rightly hated by millions across the country. How does it function? How does the Court carry out its crimes against the people?

There is no election for Supreme Court justices. Once they are nominated by the president and confirmed by the Senate, they serve lifetime terms. Removing a justice from the court is essentially unheard of. Only one justice has ever been impeached – Samuel Chase in 1804 – but even then he was acquitted by the Senate and did not actually have to leave office. The intention was always to insulate the Supreme Court from any democratic influence exerted by the people.

The “founding fathers” were explicit about this. In 1787 and 1788, supporters of the newly-drafted constitution wrote a series of essays called the Federalist Papers. In Federalist Paper Number 78, Alexander Hamilton argued that lifetime appointments of judges are a “requisite to guard the Constitution and the rights of individuals from the effects of those ill humors which … sometimes disseminate among the people themselves, and which … occasion dangerous innovations in the government, and serious oppressions of the minor party in the community.” In the language of the 18th century ruling class, “ill humors” here refers to encroachments on the property rights of the “minor party” – the tiny elite that rules society.

The authority that the Supreme Court wields is massive. It has the final word on whether or not a law or any other action of government can be implemented. Once the Supreme Court rules on an issue, there is nowhere else to appeal.

The Supreme Court essentially seized this wide-ranging authority for itself in 1803 in a case called Marbury v. Madison. The case itself was related to a dispute between the two main ruling class political factions at the time over the appointment of lower court judges. But John Marshall, the Chief Justice of the Supreme Court at the time, saw this as an opportunity to stage a power grab. Even though the authority of the Supreme Court was not an issue directly related to the case, Marshall included in his ruling an assertion of the Court’s power of “judicial review”. Judicial review means that the judicial branch of the government has the power to decide whether or not any law is valid under the constitution.

There is very little in the constitution that specifies how the Supreme Court must operate. The number of justices on the Court has been set at nine since 1869. But this number fluctuated six times prior to that date, and there is nothing that would prevent it from happening again. Increasing the size of the Court – “packing the court” – is sometimes floated as a possible way to end the right wing majority that currently controls the institution. But unless such a step were taken, the only time a new justice is added to the Court is when a current justice dies or retires.

When that happens, the president chooses a nominee – often a very extensive process filled with political jockeying – who is then considered by the Senate. The Senate’s Judiciary Committee holds hearings where the nominee is questioned, and then takes a vote. If the nominee receives the support of the committee, they then go before the entire Senate for a final confirmation vote.

The Supreme Court receives thousands of requests every year to hear cases, but rejects the vast majority of them. A case is taken up only when four justices vote to do so. Typically, the Court hears 100-150 cases a year.

When a case is accepted, there is a period when outside groups are allowed to submit documents known as “amicus briefs”. These are written arguments advocating for one side or another. Progressive groups sometimes use this as a platform to make their views known, but in most cases this process exists to give different ruling class factions and organizations an opportunity to exert influence on the court. For instance, in the Moore v Harper case being heard by the Court on Dec. 7 — which has the potential to supercharge racist congressional map rigging and even nullify the popular vote in presidential elections — amicus briefs were submitted by the American Legislative Exchange Council (notorious for writing reactionary “model legislation” reproduced by legislative bodies across the country) and Citizens United (which brought the case before the Supreme Court in 2009 that led to the removal of limitations on political spending by corporations).

The Supreme Court then hears oral arguments. Lawyers representing both sides of a case give a presentation to the Court and then are questioned by the justices. The line of questioning pursued by the judges often provides clues as to which way they will ultimately vote. Oral arguments are generally quite brief, and final rulings are issued months later — usually in the Spring.

In the meantime, the justices hold a series of secret, closed-door meetings called conferences. They discuss the various cases, and vote on which way to rule. Each ruling is delivered in the form of a legally-binding document called the opinion, which lays out the rationale for the decision and deals with associated questions. The language in the Court’s opinion determines how sweeping the implications of a ruling are. For instance, before the Dobbs decision was announced, many hoped that the Court would issue a narrow opinion that upheld Mississippi’s 15-week abortion ban as legal but not on the basis that Roe v. Wade was invalid. But instead the opinion written by Justice Samuel Alito did specify that the federal right to abortion identified in Roe was overturned.

A case can also be decided using a fast-track process called the “shadow docket” in which decisions can be made by a single judge. If a plaintiff wants to challenge a decision made by an appeals court but desires to do so on an emergency basis, they can request that their case be put on the shadow docket for expedited consideration. Appeals courts are organized into 13 groups called circuits, and the hearing is handled by the Supreme Court justice assigned to manage the appeals circuit in question.

It used to be extremely uncommon for the court to consider a case using the shadow docket procedure. But this has changed in recent years as the Supreme Court ramps up an all-out campaign against the most basic democratic rights of the people. For instance, the shadow docket was used last year to overturn the federal moratorium on evictions and reestablish the “right” of landlords to kick workers out into the streets as the pandemic raged.

In this way, nine unelected millionaires serving lifetime terms exercise enormous influence over the lives of everyone in the country. Designed from the beginning to be unresponsive to the needs of the people and wielding power it assigned to itself, the Supreme Court tramples on basic rights and gives legitimacy to the most brutal policies of the ruling class. It is an indispensable tool cementing the rule of a tiny elite.