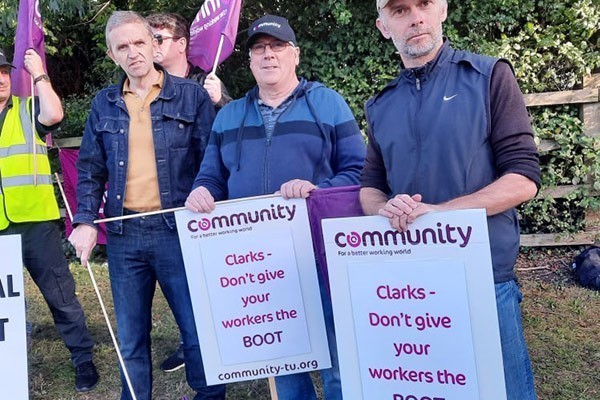 Around 100 Clarks workers, members of the Community union, at the boot and shoe warehouse in Street, Somerset, are facing a bitter battle against fire and rehire.

They struck on 4 October and are continuing the campaign because they face the following threats:

Dave Chapple of Mendip Trades Union Council, Somerset, writes, “I have personally, met four Clarks workers who fear losing their homes due to inability to pay rent or mortgage. Some even fear losing contact with their children if they are only able to afford a bedsit or unsuitable accommodation for children.