Climate Vandalism: The Earth is Burning 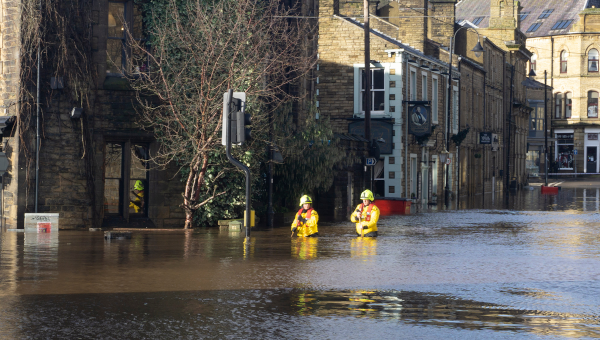 From Oregon in the United States, to Antalya and Bodrum in Turkey, to some of the coldest areas of Siberia, in the last month wildfires have been devastating thousands of acres amidst temperatures above 40°C. The flip side of this has been simultaneously catastrophic floods in Germany and China. As this article was being prepared, wildfires threatened to ignited huge coal stocks at the Milas power station in Turkey.

At the end of January this year, mainstream pro-capitalist politicians probably felt a sigh of relief. Donald Trump had been evicted from the White House and a vaccine to combat the corona virus had been discovered – indeed three of them together. Normal service for world capitalism could be resumed. Alas, it was not to be. Despite high levels of vaccination in a few rich countries, vaccine nationalism and the fast-spreading Delta variant have combined to ensure a rapid increase in the levels of infection. At the same time extreme weather events have sounded an ominous warning note. Scientists are warning that super high temperatures and disastrous weather events are going to be the new normal. Why?

Let’s start with the high pressure heat ‘dome’ that has caused disaster for farming and rural communities in Oregon, and as far north as Vancouver in Canada. The immediate cause of this is high sea temperatures causing storms off Japan in the North Pacific. These have combined to create a ‘Rossby wave’ of high temperatures stretching hundreds of miles into the atmosphere and dragged eastwards by the Jet Stream, ending up as the heat dome over the North-West US coast and part of Canada. But the root cause is high sea temperatures.

The US-Canada heat dome is worsened by ground level factors, namely long-term drought conditions and tinder-dry woodland and grassland. The US West is facing a systemic water crisis as the giant aquifer under the Rockies dries out and Lake Mead, created in Boulder Canyon by the Hoover Dam, sinks to record lows. If this decline continues, water supplies to Arizona and Nevada are under immediate threat. In the longer term California also faces a water crisis.

Massively high temperatures are hitting the eastern Mediterranean and causing catastrophic fires in Turkey’s star tourist resorts like Bodrum and Antalya. Right-wing Turkish president Recep Tayyip Erdoğan was quick to blame the Kurdish rebels of the Kurdish Workers Party (PKK) for starting the fires, an absurdity given the geographical scope of the inferno. The Turkish fires are part of the East Mediterranean high temperature process affecting Greece and Italy as well as Turkey, and extending southeast into Lebanon, Syria, Iran and Iraq. Wildfires have threatened the outskirts of Catania, second city of Sicily, and the northern suburbs of Athens, and stretched into Bosnia and Croatia.

Obviously, the tourist industry in many of these countries, already battered by the pandemic, is now facing major losses. The southern coastal resorts of Turkey, centre of a hugely profitable industry, have always been known for high temperatures – the message has been only to go on holiday there if you can cope with regular temperatures of 35°C. But now it’s more like 40°+, impossible temperatures for many tourists. The same is true for many parts of the Mediterranean, as far West as Portugal. This time round, Sardinia, far to the West, has also been badly affected by wildfires.

But inland in many countries of the Mediterranean and the Middle East, and especially in Lebanon, Iraq, Syria and southern Iran, the heat and water crisis are causing massive hardship for ordinary people. Little covered in the mainstream media, there has been a revolt among the ethnically Arab people in Khuzestan, the southern Iranian region bordering Iraq. They accuse the Iranian government of corruption and incompetence in water management. The government has responded to protests with its usual brutality.

On a much larger scale, the cities of Iraq, especially in the south, are suffering drastic heat levels and water shortages. While the country has seen its water supply reduced because of Turkey and Syria taking more water from the Tigris and Euphrates rivers that supply Iraq, government corruption and infrastructure collapse mean that ordinary people are struggling to get water needed for washing and cooking. Climate change also plays a big role. As one Chatham House commentator puts it:

“Historically, Iraq lay claim to one of the most abundant water supplies in the Middle East. But the flow of the Tigris and Euphrates rivers has reduced by up to 40% since the 1970s, due in part to the actions of neighbouring countries, in particular Turkey, upstream. Rising temperatures and reduced rainfall due to climate change are also negatively impacting Iraq’s water reserves.”

While the water crisis and firestorms developed globally in July, in China massive floods inundated Zhengzhou, major city of Henan province, killing dozens on the swamped metro system. However, it is not simply a matter of wildfires in Oregon and the Mediterranean while there are floods in China. The Zhengzhou floods were immediately preceded by days of temperatures in the high 30s that created the atmospheric conditions for a huge downpour and flooding. The China Meteorological Administration blamed the storm on strong and sustained subtropical high-pressure systems that, along with Typhoon In-fa approaching South China, pushed water vapor from the sea to Henan. Global heating causing rising sea temperatures once again played a deadly role.

Business websites unsurprisingly raised the alarm that Zhengzhou is a major centre for the manufacture of iPhones, as well as being a centre of manufacturing generally and food production. As in China, Western commentators are beginning to wonder if China’s flood and emergency rescue systems are up to the job. The emphasis is on managing the disasters caused by climate change, not on taking decisive action to reduce its impact and extent. ‘Learn to live with it’ is becoming the right-wing mantra for climate change and COVID-19.

If all this were not enough, huge wildfires in the Yakutsk region of Siberia have created the worst pollution crisis ever in a major city, with chemicals like ozone, benzene and hydrogen cyanide being released. The exact source of this poisonous mixture is not known. What is clear is that this area has the reputation of being one of the coldest in the world and is now involved in its own heating crisis, making the area doubly unliveable.

And finally there is the flooding in India from an exceptionally intense monsoon season, and the sudden dramatic storms in Germany that have washed away small towns and killed more than 150 people.

What does all this mean for the world’s climate? This is summed up by veteran environmental campaigner Fred Pearce:

“Some of the most alarming science surrounding climate change is the discovery that it may not happen incrementally – as a steadily rising line on a graph – but in a series of lurches as various ‘tipping points’ are passed. And now comes a new concern: These tipping points can form a cascade, with each one triggering others, creating an irreversible shift to a hotter world. A new study suggests that changes to ocean circulation could be the driver of such a cascade. The potential tipping points come in three forms: runaway loss of ice sheets that accelerate sea level rise; forests and other natural carbon stores such as permafrost releasing those stores into the atmosphere as carbon dioxide (CO2), accelerating warming; and the disabling of the ocean circulation system.”

Briefly summed up, potential tipping points that were once considered independent of one another are now seen as part of a world system. Global heating, melting ice sheets and glaciers, and rising temperatures on land and sea could be pushing a catastrophic rise in sea levels and an average temperature rise of 3°, way in excess of the Paris target of 1.5°, leading to a global catastrophe.

Certainly large parts of the world are set for routine summer temperatures of 40°C – including Britain. A study in published in the Royal Meteorological Society’s International Journal of Climatology, found that Britain’s climate is becoming hotter and wetter, and that summer temperatures are likely to reach 40°C by 2040 if present trends continue.

That of course is the key question – what will be done to combat global heating and its disastrous effects. When the flooding disaster struck Germany and Belgium in July, German Chancellor Angela Merkel, due to leave office within weeks, emotionally stated her grief and said that Germany would have to ‘do more’. These mealy-mouthed words are the typical response of mainstream capitalist politicians who have failed to meet even the inadequate targets set by the Paris Climate Agreement in 2015.

The Guardian’s acute analyst Aditya Chakrobortty predicts a change of tack among right wing politicians. Climate change denial is out, and the new line will be that climate change is inevitable and we will ‘just have to live with it’. Just like we are being told we will just have to live with the COVID-19 pandemic. ‘We’ is in this context a slippery term. In the near and medium future those sections of the world’s populations who have abundant water supplies, secure food, working electricity and air conditioning, and the resources to move where they live, will ‘live with’ climate change much more easily than the poor – the poor in the Global South and the poor also in the advanced countries, much more likely to be the victims of fire and flood. In his excellent new book Fight the Fire, Jonathan Neale outlined a plan to cut CO2 emissions by 90% and other harmful emissions by 50-75%, through a conversion of heating and other domestic energy, transport and industry to sustainable electricity sources, especially through wind and solar power. This involves substantial changes to the energy grid, says Neale.

What stands in the way of this plan? The answer is basically fossil fuel capitalism, whose companies make up a significant percentage of international stock markets. This of course involves both oil and coal, and the countries that have vast reserves of these resources, like Australia, China, India and Saudi Arabia. But it’s more than that. It’s also the structure of production that is skewed toward wasteful, unnecessary and especially luxury, goods. The transformation away from fossil fuel capitalism means a major social and political transformation.

The big issues of climate change will be debated at the November Climate Change (COP) environment conference in Glasgow. But whatever is agreed there, humanity for the moment can only be in the process of mitigating climate change, not stopping it. Climate change is already underway. The fact that the UK is predicted to have average summer temperatures of 40°C by 2040 does not mean we will have mild temperatures until then. On the contrary, the recent report by the independent Climate Change Committee warns of rising temperatures and more storms and floods in the short and medium term. The results of this report are summed up on the UK Greenpeace site.

The disastrous fires in the Mediterranean, Siberia and North America this year are not something just affecting other people. Britain and Northern Europe are integrated into world weather systems and will suffer the results of global heating too. Without major political change on the climate, the future is grim. •