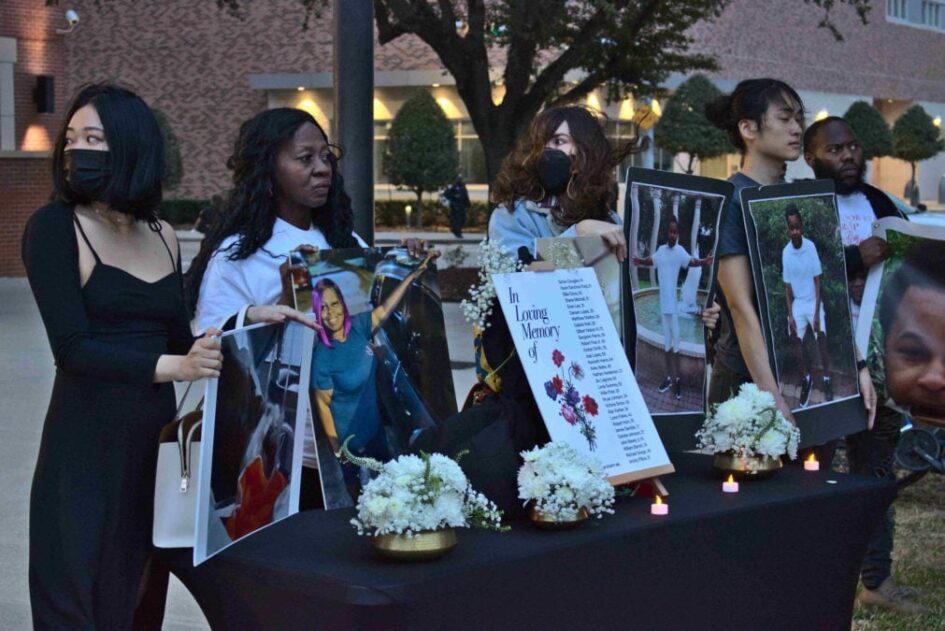 The Harris County Jail, the main jail complex for the city of Houston, has reported the second death of a person in custody in the first two weeks of the year. This is the latest in a series of suspicious deaths reported by the jail in the past year. With 29 people officially dead in a year’s time, countless more being released from the jail just before death, and two new deaths in the first two weeks of 2023, activists are calling out an increasingly dire human rights crisis in Texas’ biggest jail.

People convicted of nothing are dying for lack of bail money

The deaths are caused by a number of factors, including preventable illness, ballooning populations of people being held awaiting trial and medical neglect. Most of the people who have died were not convicted of any crime, but were unable to raise small amounts of bail money. Those convicted of crimes obviously do not deserve a death sentence from neglect, either.

Between the summer months of 2019 and 2022, the number of officially recorded assaults in the jail has more than doubled, and events involving use of force resulting in bodily injury have more than quadrupled.

Those that are physically or mentally ill are not receiving the care they need. The Harris County Jail’s own data shows that nearly 80% of the 10,000 people in the jail are likely suffering from a mental illness, and over 20% are on psychiatric medications. Some people with diabetes are even dying due to a lack of insulin. Such unacceptable cruelty from the system is worsened by the living conditions in the jail itself.

Obscene overcrowding has led to people being kept in booking for over 48 hours, which is a violation of the jail’s legal obligation. After booking, most are held without trial for months. More than 80% of the people in the jail are being held pretrial, and the average pretrial detention for the jail is 199 days, or about six months. By forcing people into dangerous conditions and providing inadequate medical care, Harris County is essentially giving de facto death sentences for minor crimes or no crime at all.

Worse yet, the Harris County Jail is apparently releasing ill patients just before they die. Since these deaths are not on premises, the jail can prevent the public from knowing the true number of deaths related to detainment.

Damian Lopez, for instance, was charged with a misdemeanor in December 2021 and detained in the jail. Court documents also show that he suffered from mental illness. He was not released on bail because he could not pay 10% of his $10,000 bail. Months into his pretrial detainment, in February 2022, he contracted COVID and fell severely ill. He was “released” on March 9 into the hospital, but never left the hospital. Because he died in the hospital and not in the jail, Lopez is not listed as an in-custody death.

Lopez spent 3-4 months in jail, for failure to pay a $1,000 fee, while awaiting trial for a misdemeanor that carried a typical sentence of less than 6 months and/or a $2,000 fine. His inability to pay $1,000 cost him his life, and his family never got to speak with him before he lost consciousness forever.

Activists form new coalition to fight against abuse in jails

These in-custody deaths can be stopped at any time, but county and state priorities have funneled money into law enforcement even as the courts deteriorate.

After Hurricane Harvey caused major structural damage to Houston’s courthouse in 2017, hearings slowed down drastically. Instead of fixing structural issues to grant people some semblance of a fair trial, over 65% of Harris County’s budget now goes to law enforcement, with the backlog of pretrial cases continuing to grow.

This constant increase was made worse by the passing of Texas SB6 in 2021, which requires cash bail payments and thus makes it virtually impossible for poor people to leave once detained. Even for those who can pay, many still remain in custody, since SB6 also requires Texan jails to produce a criminal history report for every single person who is arrested. Countless reports are awaiting judicial review as the people being reported on languish in jail.

The system has clearly prioritized locking people up in jail at all costs. In response, community organizers and families of the deceased are forming the Jailhouse Justice Coalition to call out abuses and fight for change.

Announcing itself in late December, the Jailhouse Justice Coalition is fighting back against the inhumane treatment of community members in Harris County Jail, as well as the system that allows such inequality. The coalition is rallying around four demands:

1. DA Kim Ogg must call for a third-party investigation into the Harris County Jail.

2. All deputies and staff must wear body cams and record all interactions with inmates.

3. The Harris County District Attorney’s office must drop all felony cases older than 9 months with few exceptions. A June 2020 report found that this is the only realistic way to address the growing backlog of cases.

4. Harris County must terminate its inmate transfer contracts with other facilities.

On Sunday, the Jailhouse Justice Coalition, Houston PSL, and community members held a candlelight vigil in memory of the nearly 30 people who died in 2022 and the 2 people who have died in just the first 2 weeks of 2023.

“The trauma experienced by the people detained in jail ripples throughout our communities,” explained Bethany Fabrygel, a Jailhouse Justice organizer, at the vigil. “It tears apart families, it keeps parents away from their children and it continually eats away at the well-being of our most vulnerable community members,”

The people of Houston cannot wait for the capitalist system of mass incarceration to fix itself. Our lives depend on fighting back. The Jailhouse Justice Coalition and updates to the campaign can be found on Instagram at @jailhousejustice.