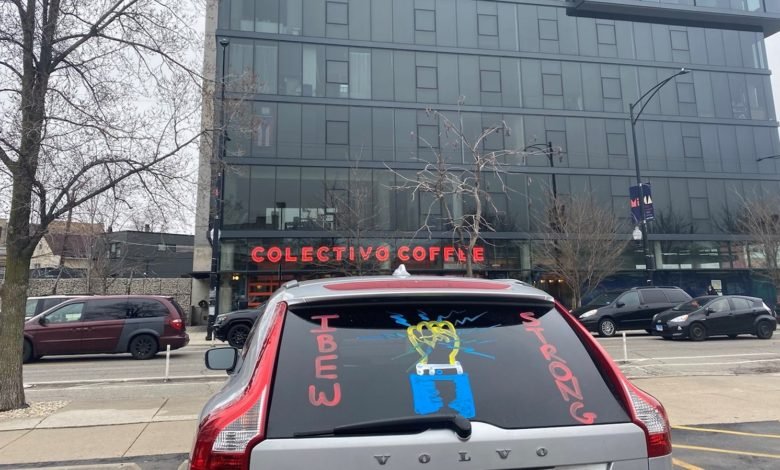 On August 23, the National Labor Relations Board opened seven challenged ballots to finalize the outcome of a unionization vote with a victory for the Colectivo Coffee workers union. Workers who called themselves the Colectivo Collective have been organizing workers to vote yes on the union since the entire country shut down due to the pandemic. The coffee workers chose International Brotherhood of Electrical Workers, as they represent a wide variety of industries. They also chose to not give up on their struggle for a union, despite being challenged by the company on a tie vote with seven challenged ballots when the vote was counted in April.

Colectivo coffee workers had been struggling for the unionization of 21 cafes, production and bakery locations before the pandemic began. Like many workers, they found that the exacerbated health concerns, job security, lack of PPE, no hazard pay and more made the fight for union fight all the more important. When workers were laid off at the start of the pandemic, no worker knew why some people were called back to their positions and some were not. Those fighting for the union demanded that workers who were laid off be offered their jobs back before the company hired new workers.

“Colectivo is now the largest unionized coffee chain in America. Our campaign started in a shutdown. We organized minimum-wage workers during one of the worst times to be an ‘essential worker.’ Colectivo spent hundreds of thousands of dollars trying to shut us down, and we won!” said Colectivo Coffee worker Kait Dessoffy.

The union has used the conscious messaging that bosses need workers. One of Colectivo Collective’s Instagram posts reads, “Hey Colectivans! Colectivo hired us because they need our labor. Without us there are no pastries, there is no coffee, there is no Colectivo. We are the company, we deserve a voice in the company.”

Their victory shows that it is possible for workers, especially those deemed “essential” during the pandemic, to struggle for better wages, healthcare, safety and more. The bosses need workers, the workers do not need the bosses. From solidarity marches in Milwaukee in October 2020 to car caravans in Chicago in March, workers have been struggling around demands for fair scheduling practices, wages, reviews, safety committees, a transparent grievance and harassment reporting process, and more.

During the Colectivian’s struggle for unionization they received messages of solidarity from other coffee workers around the country. Workers from Spot Coffee, Anchor Brewing, Wonderstate Coffee, Slow Bloom Coffee and many more gave their solidarity through social media and fundraising for workers that were not rehired. A union member from Slow Bloom Coffee in Redlands, California, said, “Stick together and stay organized. You can’t lose. You’ll get your recognition one way or another!”

They also received solidarity from elected officials in Wisconsin and Illinois, activists and other organizations. The support led to a “Union Solidarity March” during which Colectivo workers marched on a route that stopped to support museum workers also fighting for a union.

Robert Penner, a former Colectivo worker who was laid off due to the pandemic, spoke to the many health concerns stating, “Almost every health and safety concession that the workers at Colectivo received during the pandemic had to be struggled for and demanded with a collective voice. Colectivo was not just ill prepared, which was something common to businesses across the United States. Instead, Colectvio actively denied the need for health and safety measures, including proper PPE, sufficient social distancing measures, and paid time off for those exposed to COVID-19.”

Workers came together using email blasts, petitions, social media campaigns and direct action in the workplace in order to win these concessions. Through these efforts, the Colectivo workers’ struggle intensified and Colectivo owners responded with hiring a union-busting law firm that held regular meetings against the union drive. Penner continued stating, “This is essentially why we decided to seek formal unionization through the IBEW, because we realized our power and realized that we could make necessary changes within the company to make our workplace safe and, beyond the COVID-19 pandemic, struggle for more consistent scheduling and staffing, better wages for workers across the board, and an overall stronger communication structure.”

Making Colectivo stronger for workers is a sentiment that was also shared by many supporters that regularly ordered their coffee drinks with the name “IBEW Strong” and “Union Yes”. Workers spoke to the importance of how a union could help address concerns for all. The union drive ended on March 31 and was counted on April 6. The vote resulted in a tie with significant challenge votes. Dessoffy spoke at the time of the initial tie vote saying, “We are not done organizing… It’s a step on the way to unionizing, we have done so much we have inspired so many other workers to organize their work place and we have built so much solidarity among our workers.”