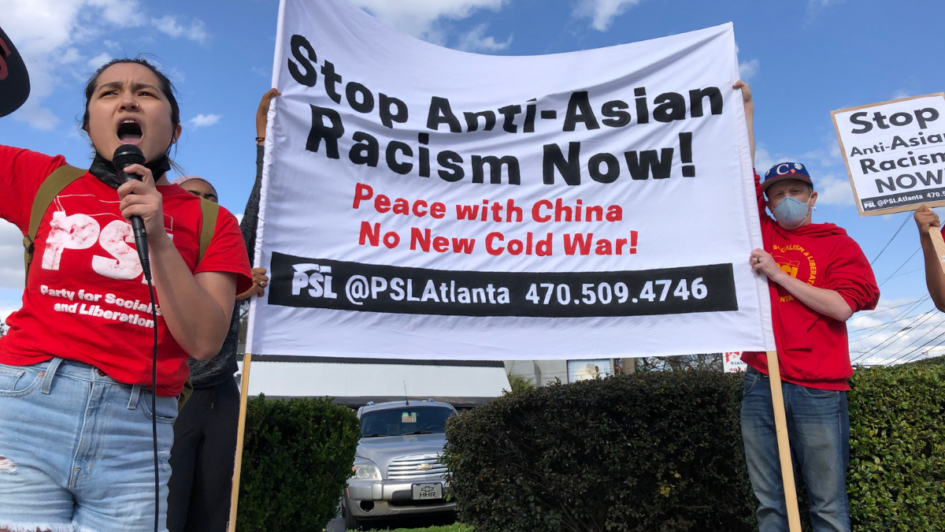 Since 2018, the U.S. Department of Justice has aggressively pursued an anti-China witch hunt under the banner of the “China Initiative.” After conducting thousands of investigations with few convictions, the program has recently produced its first academic conviction in the high profile case against Professor Charles Lieber, the former chair of the Harvard Chemistry department.

The China Initiative was launched as one of the DoJ’s top priorities under far-right Attorney General Jeff Sessions with the stated purpose of preventing “Chinese economic espionage,” meaning the theft of trade secrets and technology from U.S.-based entities. The program came on the heels of the Trump administration digging further into the reckless trade war on China and vague restrictions on Chinese student visas under Presidential Proclamation 10043.

Not long after the initiation of this program, it was clear the DoJ was conducting a racist anti-China witch hunt. And like any other political witch hunt, it would destroy the lives of those it investigated based on little more than profiling and suspicion. Professor Anming Hu at the University of Tennessee was the first to be charged and brought to trial under the China Initiative.

The FBI began investigating Hu in 2018 after an agent found a flyer on Google suggesting he had taught at Beijing University. The agent then confronted Hu with accusations of espionage, and actually attempted to coerce Hu into spying on Chinese academics for the U.S. government. After Hu refused for fear of his own safety, the FBI began an extensive investigation. They would place multiple agents, sometimes six or seven at a time, trailing Hu and his son from home to school to work for the next 21 months. After still finding no evidence of espionage, the FBI pursued charges of grant fraud with the hopes of gaining any conviction at all.

Once the charges were brought against Hu, he was immediately fired by the University of Tennessee, which it was later revealed aided in the investigation. For the next 18 months, Hu would be under house arrest with no job or income, covering legal fees with GoFundMe donations.

Once it finally went to trial in June 2021, the case was declared a mistrial. The baseless charges would then be dismissed by a judge soon after. After the trial, Hu said “My basic human rights were invaded, my reputation was destroyed, my heart was deeply hurt, my family was hurt,” he said. “This is not fairness.” Thousands have now faced these incredibly invasive and harmful investigations based on little more than their Chinese heritage.

Racism and charges of “disloyalty”

An analysis of the China Initiative by the MIT Technology Review has shown that nearly 90% of those investigated are of Chinese heritage. These initiatives are both driven by and contribute to the larger political context of demonization of China. The intensification of anti-China rhetoric by politicians and the corporate media has led to a sharp rise in anti-Asian hate crimes in the US, drawing comparisons to the rise in Islamophobia following the attacks on 9/11.

Within academia, many have noted how the China Initiative has now created an environment of distrust and fear amongst peers. A survey of academics in the United States by the Committee of 100, a non-profit organization of prominent Chinese Americans, found that just over half of Chinese academics were afraid they were being surveilled by the U.S. government. The survey also found that non-Chinese scientists have been cutting ties with their collaborators in China, are no longer hiring Chinese researchers and have been limiting communications with scholars in China. Even with an extremely low conviction rate, the initiative has effectively chilled international academic exchange.

Despite widespread investigations, the program has failed to produce the promised convictions of untold numbers of “Chinese spies” stealing trade secrets. Having failed to produce the desired results, the program has shifted its focus away from economic espionage and towards “research integrity.” This has practically meant targeting more Chinese academics for essentially any ties whatsoever to Chinese institutions and looking for minor errors in esoteric and contradictory reporting procedures, just as happened to Hu. In the high profile case of MIT Professor Gang Chen, a U.S. attorney said it was not just about economic espionage, “but about loyalty to China.”

The China Initiative is not just a racist attack on Chinese academics. It is a part of the new Cold War effort by the U.S. ruling class to maintain their dominant world position despite China’s rapid development. This is how imperialism in the 21st century functions. Dominant capitalist powers aim to keep the formerly colonized and semi-colonized nations of the world in a perpetual state of underdevelopment, so they can exploit them as a cheap source of resources and labor, and pit them against the working class of the imperialist nations. A critical feature of this imperialist domination is preventing technology and knowledge transfer to developing countries, ensuring they will never be able to catch up or compete with the advanced capitalist countries.

When targeting academics in a rabid McCarthyite search for “disloyalty,” the agents often look for connections to national talent development programs in China, especially the “Thousand Talents Program”. Hu, Chen, and Lieber were all chosen to participate in this program. Far from a secret plot to steal trade secrets, these programs are completely normal and common in the developing world. National governments aim to support and maintain top talent as a measure to prevent “brain drain” from their countries. It is only through the distorted lens of the new Cold War that such programs are viewed as a threat to U.S. national security.

In recent decades, the Chinese economy has grown dramatically. Remarkably, China has now lifted over 850 million people out of extreme poverty and is on track to soon become a high-income economy by world bank standards. This is a clear illustration of the successful development under the socialist political and economic system of China. This has been made all the more poignant this past year when we compare the response of the two systems in the U.S. and China to the COVID-19 pandemic. The U.S. ruling class is clearly threatened by the peaceful rise of China and the implications this has for the imperialist world order. This same new cold war rhetoric is written all over the China Initiative.

The Cold War of the 20th century saw attacks on many academics, questioning their loyalty to the United States as well. This included Nobel laureates like Albert Einstein and Linus Pauling, as well as J. Robert Oppenheimer (scientific director of Manhattan Project) and Qian Xuesen. Xuesen, a Professor of Aeronautics at Caltech, would ultimately be deported back to his home country in China where he would play a crucial role in the development of China’s space program.

The DoJ, now under the Biden administration, still refuses to suspend the China Initiative. Thousands in the academic community are standing with their colleges against these racist witch hunts in the name of international scientific collaboration for the benefit of all humanity.

US appoints itself arbiter of ‘democracy’: one more act of anti-China propaganda