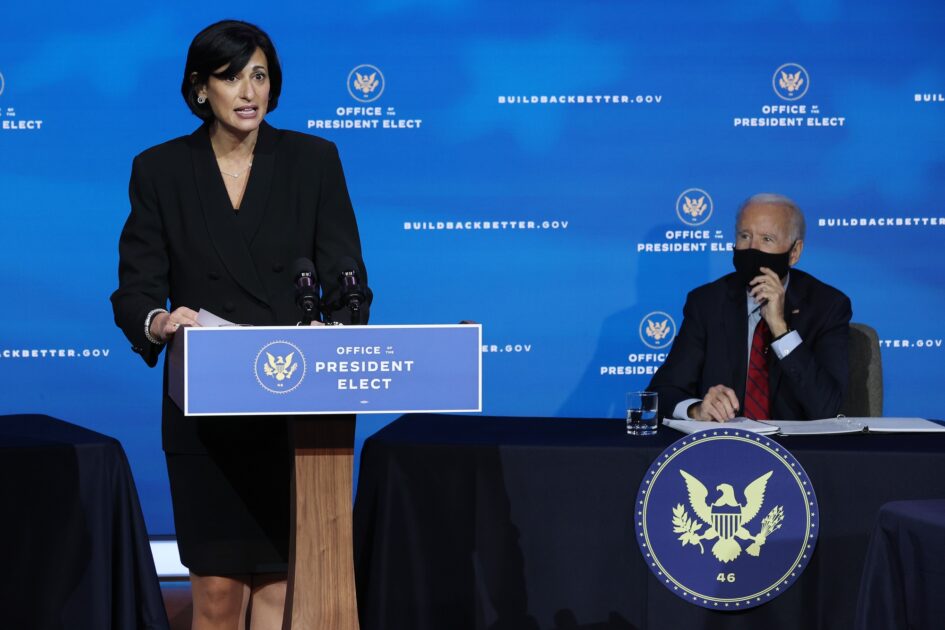 There will soon be no real independent thinkers and doers anymore as scientists, marine biologists, hide in their underwear in cozy homes with cuddly dogs at their Elmo-socks clad feet

The only way to break through a totalitarian (lite) thinking is to continue using blunt force, or airy force, to expose this massive experiment in turning Americans into screen dwellers. The new ghetto is the screen.

The lockdown might be lifted, physically, for the Covdians, but in the minds of these people, the world is now shifting to the high tech, fiber optic, 5G/6G satellite-directed world.

Imagine this event, on the ecosystems of my area, now, a virtual event. It is embarrassing that science-minded people want public and community participation over zoom. No depth to why it has to be “virtual,” and no apologies for being so dense.

Or, are they dense? Are they loving this hybrid, virtual, remote work mentality? You know, I was just interviewed by the State of Oregon for a state job. The thing was on Zoom, and there were three there and me here. One question was around “how would you make virtual meetings and intakes more engaging . . . . ?” This is the new normal, alas, and this huge shift of bricks and mortar life, into the AI void, and with these huge (massive) transfers of trillions to a very few felons of the elite class, these scientists who have grants and faculty positions and tenure, they will not lead the way anywhere.

And their world is all fancy web-based crap, like cool photos, imaginary graphics, all compressed and collected to make people say, “Oh, isn’t it wonderful how wonderful the scientists working in the wonderful natural world are!!’

In this Greta-and-Company-Can-Fly-to-GLasgow-to-Protest-Their-Governments’-Fossil-Fuel-Lunacy, many people I know are so happy now that Zoom is a fixture in their lives, and that they do not have to brave the Highway 101, or the weather, or the climate warnings. These people who might be interested in ecology and marine preserves and environmental policy are usually on the left trough of the manure pile of politics called Democrats. They are, of course, the new Brown Shirts, but call them Green Shirts, or Zoom Shirts. Their world, and the one they are ushering in since youth, have no say in how things SHOULD be run. It is not a real world, but one that is full of maps and podcasts and TED Talks and faux interactive chats and Zooms:

We are talking about 14 square miles designated as a marine reserve. Then some overflow for seabird protection area. This is, again, embarrassing. There is an interpretive center at Cape Perpetua, one that I have been at for in-person events. There are parking spaces. There are so many ways these great thinkers and planners could have organized an in-person event, even with their defective masks and asinine social distancing. That, my friends, will not happen. More and more youth are getting more and more skills with the mouse, the CAD programs, with Publisher and Photoshop. Their world is a world where billionaires own everything, and living in a van with full bed, TV, running water, hell, that is what youth are going to be having to accept as more and more dictatorial thinkers run the world, run events, run programs and educational frameworks.

Between Florence and Yachats lies the Cape Perpetua area, a biodiverse recreation mecca home to lush coastal rainforests and deep cultural history. But past the coastline also lies the largest Oregon marine reserve. The Cape Perpetua Marine Reserve is dedicated to the research and conservation of ocean ecosystem, where take of wildlife and human development is restricted. Cape Perpetua area also contains two Marine Protected Areas (MPAs) and a seabird protection area. Unlike the reserve, these protected areas allow limited take in their boundaries.

Within the reserve, creatures large and small live in various habitats from sand, gravel, to some of the most biologically diverse rocky intertidal habitats anywhere on the Pacific Northwest. These creatures live in a unique ecosystem shaped by the ever-changing weather and tides. Some days, strong winds will pull cold, oxygen-rich water and plankton up to the surface in a process called upwelling, while on other, more stagnant days, the water loses its oxygen and becomes hypoxic.

Because of its dynamic environment, the Cape Perpetua Marine Reserve is home to a plethora of wildlife such as whales, sea lions, seals, pelicans, cormorants, rockfish, and intertidal invertebrates that fuel a complex food web between the land and sea. (source)

It’s a fear pogrom that is both sophisticated beyond Big Brother, and yet, right to the primary brain center of reptilian stupidity and violence.

Edward Curtin returns to discuss deep politics and what links the assassination of JFK, 9/11, and Covid-19. No president since Kennedy has dared to buck the Military-Industrial-Complex, including Trump, who is part of the same system that produced both Obama and Biden. He discusses the 1967 CIA memo which told mainstream media to use the disparaging term “conspiracy theory” to quell all deviation from the official narrative, and how this propaganda technique has continued to function from JFK to 9/11 to Covid-19. Many of the same actors involved in the MIC and 9/11 continue to be involved with the drug companies, CDC, WEF, WHO, Gates Foundation, and the Rockefeller Foundation. It’s very obvious, but the story is so frightening people don’t want to do any homework. Too many people think there is this war going on between the right and the left, in the larger frame of reference there is no difference, it’s the warfare state against the regular people, the rich versus the poor. The 4IR is an effort for total political and economic control of peoples all over the world. He believes the purpose of the vaccine mandate is for political control. Ultimately, we are in a spiritual war. The Geopolitics & Empire Podcast conducts interviews with high-profile guests on geopolitics and international affairs seeking to gain insight from experts on both the left and the right as to the true nature of current events. Read other articles by Geopolitics & Empire, or visit Geopolitics & Empire’s website.

The tricksters are at it and have been for decades. The worker — that is teachers and faculty, too, especially — is the enemy. The students are the enemy. So many billions pumped into studying the brain, psychology, neurosciences, behavioral psychiatry, etc. I saw this in 1983 when I was a graduate student, teaching college English. Some of these long in the tooth folk, who want their Vermont or Hawaii lives, but still be the teacher of record for our campus, UT-El Paso. That’s Texas, and already in the 1980s these folk wanted hybrid classes, on-line. Imagine that, critical thinking and debating writing classes, on line! Before ZOOM.

Oh, big companies would “give” laptops to workers — Ford, IBM, HP — not as gifts, but to extract MORE work out of the 40 hour week, and that is now 50 or 60 hours. That is, well, the beginning of technology destroying every aspect of our real selves.

The online option seems to work for all kinds of students. When the financial-aid team returned to campus in August, Bohanon opened up her schedule for in-person appointments. For the first week, no one registered to see her. She told her supervisor she wanted to add online appointments again, and reserved 8 a.m. to noon for online and the rest of the day for in-person walk-ins. “In the morning when I come in — full,” she says. Afternoon? Nothing.” Now her schedule is full every day, but all her appointments are virtual.

The push-and-pull between in-person and online courses continues for students at Southwest, but it may be starting to shift toward the latter. One of the pieces of conventional wisdom about community colleges during the pandemic is that students often dislike or fear online learning — a refrain repeated often at Southwest. But more than a year and a half after colleges transitioned to large-scale distance learning, many of the students at Southwest who persisted have begun to favor online sections over the nearly 40 percent of courses being taught in person.

Rebuild? Time for a revolution inside K12 and higher education. Regroup? Revolt neoliberalism and illiberalism and the constant attack on education. Or, attack on schooling. Constant attack on learning! These so-called leaders have collapsed, and they have crawled under their retirement accounts, and they are seeing-hearing-speaking no evil. This is the Chronicle of Higher Education, a very retrograde, conservative, cover-their-asses-rag!

The new normal is being accepted by the masses, but the mealy mouthed academics and those on the peripheral of academia are coming out like flies on shit:

Southwest and other community colleges may just have to wait out Covid. Even if the virus doesn’t completely go away, the risks may get lower and people may become more accustomed to living with it. “I really think that’s going to be the biggest thing, is time,” Brown says, “and people feeling it’s safe to completely return to, we won’t call it normal, but like the new normal.”

If there’s one thing community colleges should not do, says Eddy, of William & Mary, it’s go back to normal. “It would be a mistake to think, I just need to wait this out to come to a time where we’re going to have more openness,” she says. After a decade of gradually declining enrollments, the pandemic has brought community colleges to an inflection point where they have a chance to — may even be impelled to — make some changes, many perhaps overdue.

Read the article, and look between the lines. These people are stating that the planned pandemic made virtual learning more onerous because students didn’t have laptops and Wi-Fi, and didn’t know what a JPEG or PDF were. Oh, you get it, don’t you? Get those students free (US taxpayer paid for) computers and free (US taxpayer paid for) Wi-Fi. Bootcamps for Microsoft Office 10.0 Adobe workshops. Get those students to be on-line warriors. Take it, and you can’t leave it or you will be cancelled from society.

The scientists just take it, because that’s what mechanistic folk do — strip away the A from STEAM — Science Technology Engineering Arts and Math.

This is the motherfucker, the mentality, the demented thought process, and the messed up media, all the brainwashed fuckers of the world, in a nutshell:

“I Don’t Think We Should Ever Shake Hands Again.” Dr. Fauci Says Coronavirus Should Change Some Behaviors for Good

This is it, man, the last frontier — education! Covid car, online programs, internet-access solutions. If you read this site, The Chronicle of Higher Education, there is not pushback, no discussion of the 4IR, the Fourth Industrial Revolution.

Oh, the senseless stupidity of it all, the Covid Van.

The Neocolonial Collusion of HBCUs and the State

How ruling class greed, not immigration, brought down the Roman empire

Marx on the metabolic rift: How capitalism cuts us off from nature