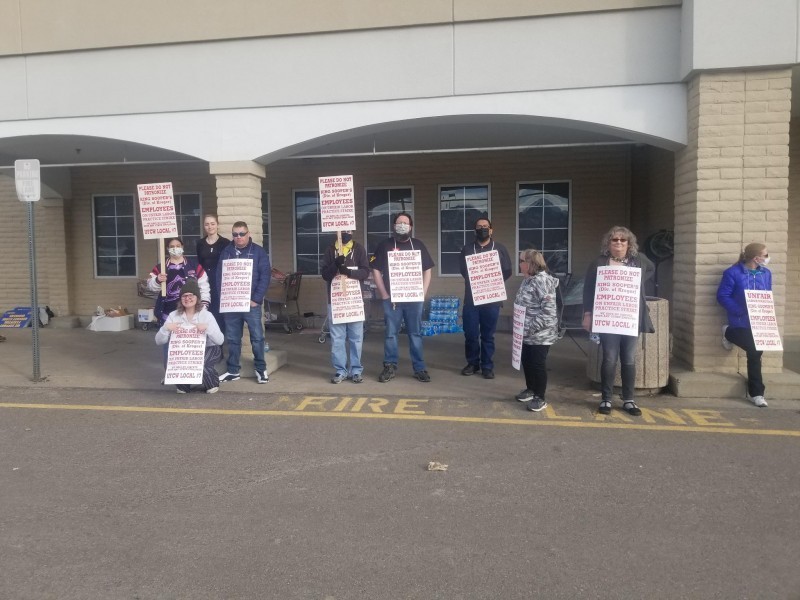 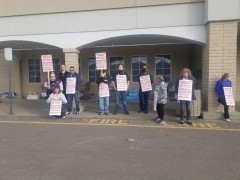 Over the weekend, the UFCW Local 7 bargaining committee had three days of intense negotiations with Kroger resulting in very little movement. “We spent the first day of negotiations listening to corporate executives scream, yell at the [union] members, and show utter disdain and disrespect for the workers – the people that make every penny of profit,” said Local 7 President Kim Cordova.

“I think things are going better on our side than theirs,” said striking worker Logan Muller, “Most customers are choosing to shop at Safeway instead – they’re making record sales over there.”

Morale on the picket line was high, with many of the workers reporting that they were glad for the fights their union waged during the financial difficulties of the COVID-19 pandemic. A source of a lot of frustration for many of the workers was the current round of King Soopers commercials airing which promote King Soopers as a high-paying and fair employer. Most of the employees called the advertisements “disgusting,” with one worker even saying “Figures, King Soopers has money for new commercials, but not better pay.”