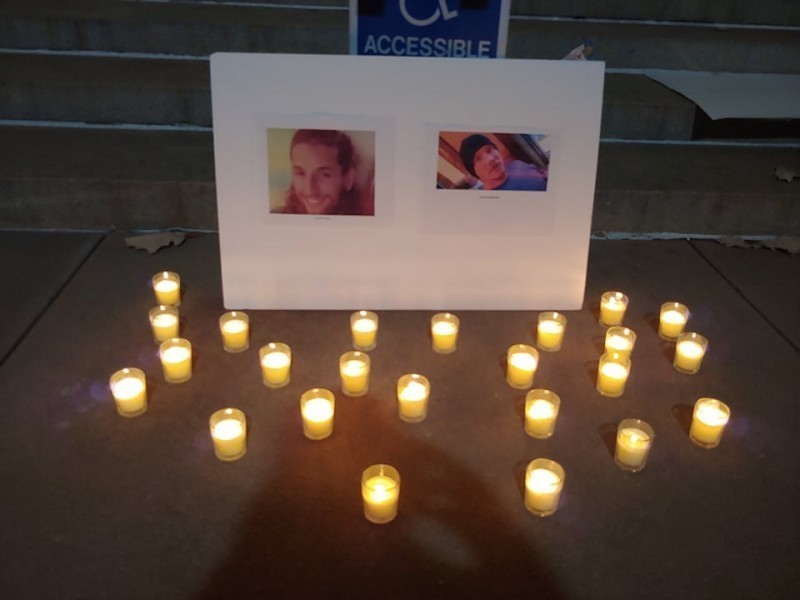 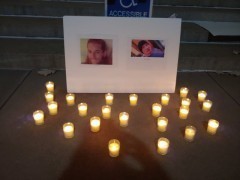 Colorado Springs vigil for victims of Rittenhouse.
(Fight Back! News/staff)

Colorado Springs, CO – On the evening of November 21, activists from Colorado Springs gathered on the steps of City Hall to hold a candlelight vigil for Anthony Huber and Joseph Rosenbaum. Huber and Rosenbaum were in Kenosha, Wisconsin, protesting the shooting of Jacob Blake, when they were gunned down by right-wing vigilante Kyle Rittenhouse in August of 2020.

After the righteous uprising in Kenosha after the brutal shooting of Jacob Blake in August 2020, Kyle Rittenhouse took it upon himself to cross state lines and arm himself with an AR-15 with the intent of maiming or killing protesters. Despite a multitude of crimes including reckless endangerment, murder and illegal possession of a weapon, Rittenhouse was acquitted on all charges.

“It’s important to protest the Rittenhouse verdict because it sets a dangerous precedent for what constitutes self-defense. It shows right-wing militia that they can show up to these protests armed and intimidate and provoke and kill in ‘self-defense.’ It’s extremely dangerous,” states protest organizer Brandon Rincon.

Now more than ever, it’s important for all progressive-minded people to fight back against white supremacy and defend the people’s right to protest free from vigilante intimidation and violence.

Refugees are the real victims of Priti Patel’s border plans