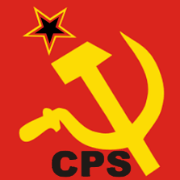 Monday, 11 October 2021:- On Monday 11 October 2021, the police in Africa’s last absolute monarchy, Swaziland, shot and arrested students who were engaged in democracy protests.

In one day, students from about 40 primary and high schools from across the country protested demanding the immediate release of political prisoners, democracy, better learning conditions, as well as free education, among other demands.

Instead of listening to the demands, the illegitimate Mswati autocracy deployed the police and military to violently put down the protests in a bid to silence the students. These state agents brutalised and harassed students. Consequently, at least 10 students were arrested with one student confirmed to have been shot in the leg by a live bullet.

Organising under the Democracy Now campaign, primary and high school students have, for at least a month, been engaged in protests. More schools are joining the protests.

The unrest in schools follows the youth and students’ protests which began in May, chiefly led by the Swaziland National Union of Students. Since May, close to 100 people have been killed by the regime’s security forces, with hundreds injured and hundreds more arrested.

What is common and predominant in all the students’ demands is the removal of the autocracy and ushering in of a democratic Swaziland, the release of all political prisoners and better learning conditions.

The Mswati regime has now been pushed to a corner. The CPS calls for solidarity with the protesting students. The CPS also calls for more democratic forces to join the protests, raise people’s demands, in particular the demand for democracy.