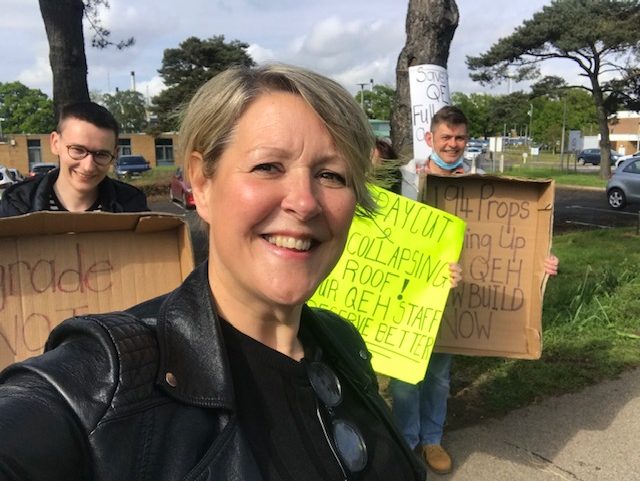 On the 73rd anniversary of the launch of the NHS, Britain’s Communists have launched a stinging attack on the ‘creeping privatisation’ of the service.  Speaking at the party’s executive committee on July 4 – the day before NHS vesting day – general secretary Robert Griffiths accused Boris Johnson’s Conservative government of ‘accelerating the sell-out of Aneurin Bevan and Labour’s greatest living achievement’.

He slammed the proliferation of private healthcare, the transfer of NHS and GP services to profit-driven corporations, the PFI drain on NHS budgets and the doubling of payments to private contractors since 2010.   ‘The Conservatives have been using the Covid pandemic to fast-track this process, handing out track-and-trace, testing and PPE contracts to their big business paymasters without transparency or accountability’, Mr Griffiths pointed out.

Griffiths also warned that the replacement of Public Health England by the UK Health Security Agency would strengthen the trend to privatisation and threaten the health and social care powers devolved to Wales and Scotland.  ‘Yet the Labour Party’s current leadership has no plan of action to defend the NHS and bring services including opthalmic and dental treatment back into the public sector’, he argued.

Mr Griffiths insisted that Labour’s failure to campaign for bold policies on health, housing, employment and transport means that the erosion of the party’s core working-class support is likely to continue. He was speaking after Labour narrowly held Batley and Spen in a parliamentary by-election with fewer than 14,000 votes and a majority of just 323, having retained it in 2017 with more than twice as many votes and a majority of almost 9,000.

The CP executive committee sent its best wishes to the party’s by-election candidate in the Aldeburgh and Leiston ward of East Suffolk Council.  Steve Marsling is a former Labour councillor who once carried out clandestine work against the South African apartheid regime. He is now leading a campaign to return NHS dental services to Leiston and Bury St Edmunds, picketing MPs and government ministers and collecting thousands of petition signatures.

Britain’s Communists also expressed solidarity with campaigners in Kings Lynn campaigning for funds to rebuild the vital Queen Elizabeth Hospital and Unite the Union security staff at the Royal Berkshire hospital, Reading, who are beginning a series of strikes against the outsourcing of their jobs.