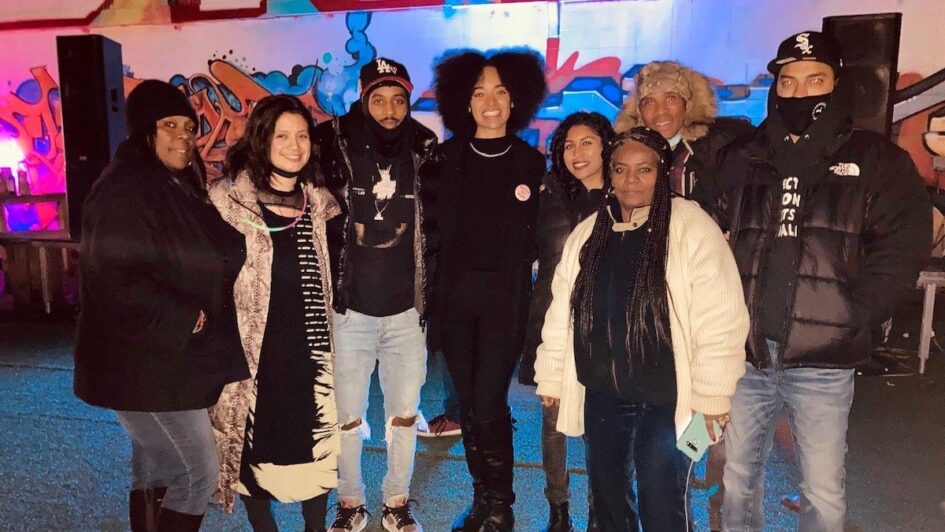 The Behind the Walls Committee held a fundraiser on Nov. 19 at Revival Brewery in the Olneyville neighborhood of Providence, Rhode Island which raised more than $6,000 to establish a fund to pay off monthly court fines and fee payments for people who have been incarcerated or are going through the court system.

“One of the most common reasons people in the state of Rhode Island receive warrants and [are] subsequently jailed is court debt — this also disproportionately affects our most vulnerable populations like those experiencing houselessness, people living with mental illness, the differently abled and the unemployed,” committee member Melaine Ferdinand King told Liberation News. “We collectively decided to throw a party to raise funds for court debt relief because financial debt remains a significant obstacle to formerly incarcerated people’s successful reentry into society. Eliminating this debt is one way to reduce the number of people ensnared in the cycle of incarceration. I think it went so well because the organizers and every one of our donors, sponsors, and community participants recognize how we are all connected and impacted in similar ways.”

In Rhode Island, missed court debt payments account for 17% of all jailings, adding up to almost 2,500 jailings per year. This is an obvious way to criminalize poverty which is the primary function of prisons in Rhode Island and across the country. Between this and high levels of probation, many in Rhode Island cycle in and out of prison for decades.

The Behind the Walls Committee

The committee is a group of people based in South Providence who have been incarcerated or have had family in jail and their allies from throughout Rhode Island. They successfully passed the Fair Chance Licensing bill in 2020 to stop judges from discriminating against people who have criminal records and apply for professional licenses, such as carpentry.

In November 2020 the committee held an action outside of then Governor Gina Raimundo’s house to demand better treatment of inmates in Rhode Island during the COVID-19 crisis. By the end of November, 90% of the state’s maximum security prison contracted COVID in a matter of weeks. After the militant action, incarcerated people were successfully moved into the first phase of the vaccination rollout in Rhode Island.

The committee has also supported victims of police violence and their families, including the brutal assaults on Manton Avenue and Sayles Street. This support has included mobilizing community members to ensure the families’ security in the face of white vigilantes and police harassment and securing legal support as the victims of these assaults go through the court system.

“We’re the ones who keep us safe.”

At the fundraiser, there were eight performers from Providence, including acoustic musicians, DJs and rappers. For the first few hours there were also local vendors selling goods. The committee had raffles for a one night stay at a hotel, a tarot reading, gift cards to local restaurants and grocery stores, personal care items, yoga and barre classes, basketball tickets, restorative herbal baskets and more.

All raffle items were donations from people, organizations and businesses in Rhode Island. The space was paid for by community members and all the money raised came from donations. In spite of cold and windy weather, around 100 attendees participated throughout the night and the committee raised nearly $6,400. These funds will allow Behind the Walls to publicly announce the fund and start distributing money to keep people out of jail.

Andira Ture, a member of the Committee, said “over the past year it’s been proven over and over that the government won’t meet even the basic needs of working people and especially incarcerated people, who in Rhode Island deal with hazardous water in showers, leaks, not nearly enough phones to make calls, and too much more. But all the successes we’ve had have come from our own work, especially from people impacted by incarceration. We’re the ones who keep us safe and who will free us as we continue to organize and build power.”