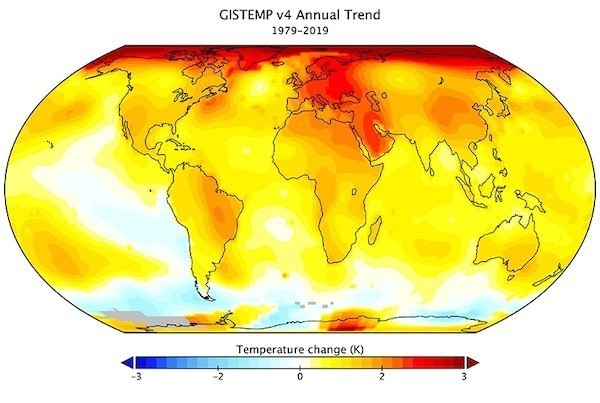 For all the policy failures of COP26 it may actually be an inflection point in history–a point where social and political conditions force a transformation of consciousness and politics that can usher in epochal change.

COP26 reaffirmed what has been obvious from the beginning: the Northern colonial and capitalist states most responsible for creating the climate crisis are unwilling to place people before profits in order to address the planet’s looming ecological collapse and humanitarian catastrophe.

We need justice. But that word–Justice!–despite all of the philosophical pontificating from John Locke to John Rawls, is a concept incompatible with the rapacious civilizational logic of a colonial/capitalist system based on self-interest, greed, and social Darwinism. Yet, without a firm commitment to the institutionalization of a just world order in which the gifts of mother-earth are equally shared along with respect for the earth and its natural order, the evidence is now irrefutable–human society will not survive.

The elementary logic of this observation suggests the necessity for a radical divergence from production processes, consumption patterns, destructive relationships to the natural world and degrading social relationships, is denied by powerful Northern capitalist countries.

What does this mean? It means that the appeals to reforms, finance and rationality coming out of the COP process are not enough to overcome the entrenched short-term interests of the international capitalist plutocrats.

It means recognizing that the fight for climate and environmental justice is in fact a revolutionary project, requiring mass-global resistance and the expropriation of economic and political power of finance and corporate capital. Without this recognition, the COP process will continue to be nothing more than a public relations stunt geared to convincing the public that green capitalism and saving the planet are compatible.

In his piece that appears in this special edition, Anthony Rogers-Wright points out that “the cataclysms of the interlinked crises of COVID and climate change were elucidated this past year in ways that cannot be repudiated.” That is true. But there were other connections that were made that are transforming the consciousness of peoples in the global South and the nationally oppressed and workers within the core capitalist nations that were exposed during the COVID crisis. The most immediate connection being that the lives of ordinary people mean nothing to the lords of capital.

At the height of the COVID outbreak nations in the global South experienced the consequence of disrupted global production and supply chains in ways even more severe than the economic disruptions that caused so much suffering among workers and the poor in the Northern nations.

With massive unemployment and stretched state budgets trying to provide minimum economic support to their populations and healthcare systems ravaged by structural adjustment policies imposed on them by the colonial powers, nations in the global South attempting to survive–but without the ability of the U.S. to print money that is accepted as a global currency–asked the Northern nations to suspend, just postpone, not forgive their overwhelming debt payments during the covid crisis. They were rebuffed.

COVID revealed the hidden reality of the dictatorship of capital and the fact that no lives matter to capitalists beyond their ability to provide labor or buy capitalist products. Those revelations explain why the comforting rhetoric of liberal reformism that mollified some activists involved in the COP process in the past is no longer working.

COP26 might be a turning point. One of those inflection points in history where conditions force a transformation of consciousness and thus a new politics that can usher in epochal change.

In Glasgow, the people saw how the colonial gangsters lobbied to weaken proposals to phase out subsidies for coal, oil, and gas. The people understood clearly what was really being said and what kinds of interest were really important when the powerful tried to explain why the target of a measly 100 billion a year to assist the nations who were not even responsible for the climate crisis was not realized. Especially when the people were aware that these same G20 nations who could not meet their obligations had subsidized fossil fuel industries to the tune of 3 trillion dollars just since 2015.

Radicalization occurs when all of the liberal options are proven to be untenable and unsupportable by objective reality. A political crisis for the continued rule of capital is being produced by the imposition of debt, the subversion of democratic projects, the militarism and wars, the environmental destruction, and the exploitation of resources and labor by capitalist nations.

It is this realization that is reflected in new forms of resistance and a steeled opposition, especially among the young, from indigenous, nationally oppressed, and racialized colonized peoples that are inoculated against the liberal obscurantism that has dominated so many of these global gatherings and resulted in so many being funneled into liberal reformism.

Imperialism, in the historic form of the Pan-European colonial/capitalist white supremacist patriarchy is the enemy. This is a revelation and a position that the internationalist African revolutionary movement recognized some time ago. It is an affirmation of the correctness of that position that so many, while not yet using those terms, have, nevertheless, come to understand that unless we disarm the colonial/capitalist West, we are all doomed.

COP26: Greenwashing, Plutocratic Misadventures and the Possibilities of Radical Transformation

Statement on the COP26 protest