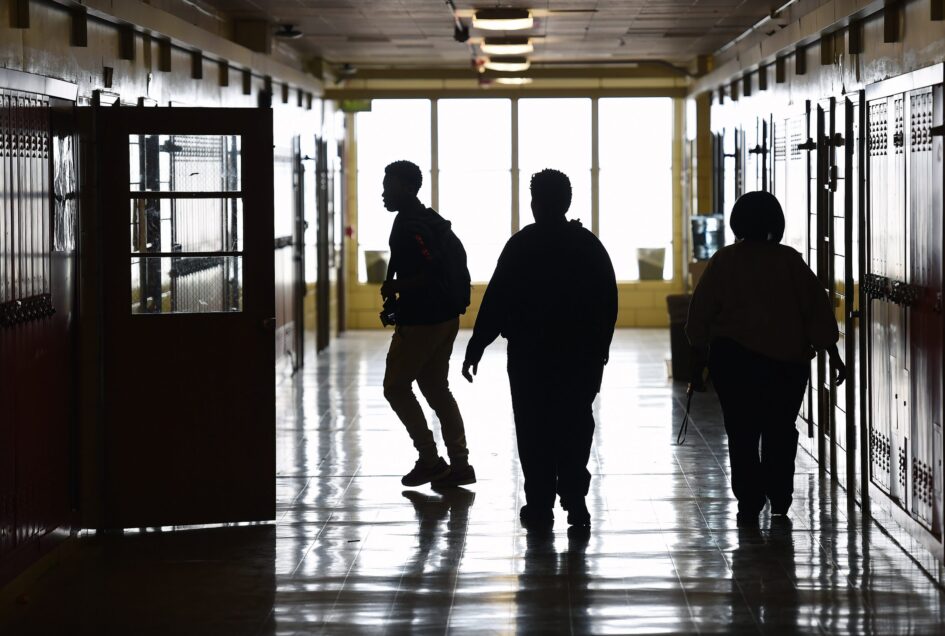 This story originally appeared as a segment in Battleground Baltimore on Oct. 1, 2021.

Amid a push to divert mental health crisis response to trained mental health professionals and away from police, Baltimore City Councilperson Ryan Dorsey called attention to the fact that Baltimore City Schools sometimes send police to respond when students use keywords on their district-issued laptops that could indicate self-harm.

Khalilah Harris, acting vice president for K-12 education policy at the Center for American Progress, was disturbed by the fact that students are being surveilled and said that surveillance could potentially lead to an encounter with the police.

“It is unconscionable for any school district to be surveilling their students through technology meant for schoolwork. Likewise, no school district should be inviting police to show up at the homes of their students, and particularly students experiencing mental health crises,” Harris told Battleground Baltimore. “Thrusting children into the school-to-prison pipeline who need medical care is a disgrace.”

André Riley, director of communications for Baltimore City Public Schools, explained the process to Battleground Baltimore. City schools, like many school systems around the country, use GoGuardian, a monitoring service that allows others to see how students are using their laptops.

“Clinical supervisors, school police, principals and designated school staff receive all GoGuardian alerts. During the school day, alerts are forwarded to respective school-based clinicians to respond. Students are assessed for lethality, parents are contacted, referrals are made, and resources are provided,” Riley said. “In cases where the student is not in school and contact cannot be made, wellness checks are conducted by school police and follow up with school-based clinicians.”

School police also monitor GoGuardian after school hours, including on weekends and holidays, and they can choose to do wellness checks, which, Riley explained, “include school police advising parents of the alert, speaking to students and making referrals as needed.” Riley also explained what happens after the initial response to the GoGuardian alert.

“School police also are able to conduct emergency petitions for those students who demonstrate at-risk behaviors,” Riley said. “During the following day, school-based clinicians follow up with students and families to further assess student support needs.”

The number of times the Baltimore Police Department or Baltimore School Police have transported youth under emergency petition was not known until school advocate and public school parent Melissa Schober obtained the information via public information request. Between 2016-2019, Baltimore police detained students 280 times. School Police assisted with 1,273 emergency petitions from August 2016 to March 2020.

For Schober, what Dorsey called attention to raised more questions than it answered: What happens when school police conduct wellness checks? Do they use screening tools? Do they follow up with the district?

“To me, this is a huge nightmare of accountability when you have unlicensed individuals responding to computer alerts unannounced,” she said.

When questioned, City Schools did not disclose how many times School Police have been deployed since March 2020, when students switched to remote learning and were given take-home laptops.

“School psychologists, counselors, and social workers respond during school hours but after hours District Leadership has designated School Police to respond. They could work with outside agencies to have BCARS or other qualified mental health services to respond but nope,” Johnstone tweeted.

As Battleground Baltimore previously reported, Baltimore Police responded to what the department themselves labelled a “mental health crisis” back in August by fatally shooting 40-year-old Marcus Martin, who was armed but alone in his home, leaving his family searching for answers. Police responded because the incident happened in the evening and BPD’s crisis response team only operates between the hours of  11:00AM and 7:00PM.

Dorsey learned of the School Police interventions after questioning City Schools about a citizen’s report that a School Police vehicle was parked outside of Power Plant Live, a hub for downtown bars and nightclubs, on a Friday night. In an email obtained by Battleground Baltimore, City Schools said School Police were investigating the Power Plant incident, and explained the unit was part of the Night Response Unit that monitors school facilities after hours. The email also explained that, since the pandemic, the Night Response Unit had begun conducting wellness checks on students: “When a student conducts a search related to self-harm, it activates ‘GoGuardian’ alerts, which are then funneled to School Police.”

This information raised even more questions for Dorsey and he emailed City Schools officials.

“Is there any evidence that 3-5 people … monitoring 150 buildings (~37.5 to 1?) is actually producing any result? I’d like to see data on that. Is there any monitoring of these activities?” Dorsey questioned in an email. “I’m actually floored that in 2021 we’re directly linking the mental health of students to a police response. That seems about as misguided as can be.”

For Dorsey, School Police monitoring students’ computers—and possibly arriving at a student’s home based on what that student has searched or typed—runs counter to the numerous conversations about implementing non-carceral solutions to social issues and providing trauma-informed care.

“Everybody in public service should undertake trauma-informed training, but school police should simply not exist,” Dorsey said.