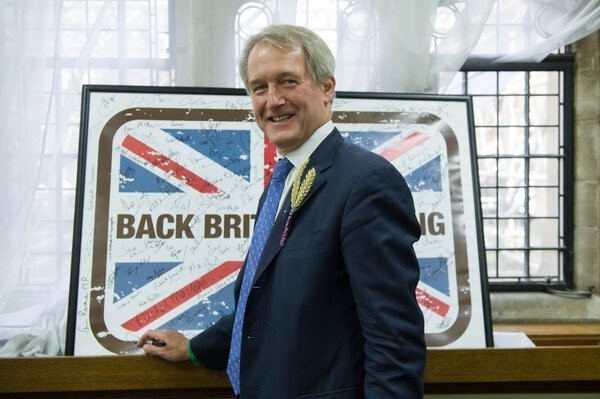 As working class people ­suffered mass deaths during the first phases of the Covid pandemic, Tory MPs and their mates filled their bank accounts.

Behind the ­scandalous lies and appalling plunder by the political elite and their business backers lies their drive to profit from pandemic suffering.

Boris Johnson initially backed Paterson. But he was forced to U-turn to try and end the wave of sleaze allegations.

On top of Paterson’s £81,932 salary, he took home £8,333 a month to lobby on behalf of healthcare company Randox Laboratories.

The Sunday Times newspaper has revealed a phone call on 9 April last year between Paterson and the Tory peer Lord Bethell, who was the minister responsible for ­handing out contracts.

According to documents, civil servants were trying to cover for the fact that Randox did not have the equipment it needed.

In an email, an official wrote that Matt Hancock, health secretary at the time, would send a letter to universities “asking for loans of the various things we need”.

Campuses would have to give up testing resources and send them to Randox, they continued.

Paterson had, on 16 occasions, used his House of Commons office for meetings relating to his private business interests.

He failed on a number of occasions to declare those interests.

The Committee on Standards suggested Paterson should just be suspended from the Commons for 30 days. This was set to be voted on in parliament.

In an effort to save him even this punishment, Johnson instructed Tory MP Andrea Leadsom to put forward an amendment and set up a committee to prevent his suspension.

Tory whips threatened MPs with the loss of local funding unless they fell into line. MPs duly voted for it.

But the stench of corruption was too much.

The government was forced to go back on itself and announced there would be a vote on Paterson’s suspension.

In his self-pitying resignation letter he blamed the “cruel world” of politics.

He’s right, but the cruelty is the treatment of ordinary people and the contempt politicians have for the rest of us.

The Tories can get away with corruption and sleaze when there’s no real opposition.

From the beginning of the pandemic, Labour leader Keir Starmer spent nearly all his time agreeing with Boris Johnson in a show of “national unity”.

And most trade union leaders went down the same path.

Although Labour can now pick up on details of outrageous behaviour, it never offered a different strategy to that which put people before profits during the horror of the pandemic.

That’s why the Tories manage to survive scandal after scandal.

They escaped after senior adviser Dominic Cummings showed there was one law for the rich and another for the rest.

They have not been called to account for the £37 billion spent on a failing test and trace system.

Johnson even survived revelations that he would rather “let the bodies pile high” than push forward plans for a third lockdown.

Above all, the government remains ahead in the opinion polls even though it presides over one of the worst death rates in the world.

Plus, it is still not taking any of the precautions necessary today.

It’s got through to him that there is a chance to inflict real blows on the Tories. But so much of the criticism is phrased as a defence of “parliamentary standards” and the “good name” of British democracy.

Starmer even chose last week to announce that Labour was no longer in favour of abolishing the House of Lords.

Parliament is an unrepresentative, unaccountable front that covers for the real relations of power.

As the pandemic highlighted, it is a mechanism for the enrichment of the tiny elite of business people who have an inside track to ministers and top civil servants.

Instead of seeking to polish and rescue parliament’s reputation, Labour and the unions should be campaigning for a complete clean out of corrupted MPs.

And the cosy dinners, the freebie trips and holidays, the football match tickets and the fat extra salaries to deliver for corporations must all go.

Money is what makes parliament go round

If you’re rich and want a place of power in politics, donate £3 million to the Conservative Party and you’re likely to gain a peerage.

In the last seven years every Tory party treasurer has given at least £3 million and been offered a seat in the House of Lords.

Multimillionaire donors “seem almost guaranteed” a peerage, according to a report by the Open Democracy thinktank and the Times newspaper.

The report claims peerages “appeared to be a reward” to thank wealthy donors for funding the Tory party.

A former Tory Party chairman told The Sunday Times, “Once you pay your £3 million, you get your peerage.”

Since the Tories’ takeover of parliament in 2010, nine of the party’s former treasurers—who donated huge amounts—were given a position as a Lord.

Some 22 of the biggest donors have gained a seat in the House of Lords in the past 11 years.

Their combined donation amounts to a total of £54 million.

This is not a coincidence—money talks.

The Liberal Democrats have ennobled five donors and the Labour Party, two.

Tories cash in as people suffer

As ordinary people lost their jobs and relied on furlough, many MPs increased their income from the start of the pandemic.

Former prime minister Theresa May has made £842,526 giving paid speeches since March 2020.

Tory MP Bill Wiggin gained £25,000 in bonuses and fees from a tax dodging wealth management firm in Bermuda. This was in addition to his £49,140 director’s salary.

Last month he and other Tory MPs called for fracking to resume. He has also compared climate activists to “radical Islam”.

Hayes recently opposed a plan to bring forward a ban on selling new petrol and diesel cars. He boldly claimed a delay would allow “fossil fuels to become even cleaner”.

This is why parliament cannot be relied on for fundamental climate action.

Dominic Cummings, Boris Johnson’s former senior adviser, says that the attempt to discredit the system that found then MP Owen Paterson guilty was “really about the PM and his own lies”.

In particular, the expensive refurbishment of the Downing Street flat.

Standards commissioner Kathryn Stone has carried out three investigations into Johnson in the past three years.

Twice he was found in breach of the rules on declarations of benefits. The upgrade of the Number 10 flat is now expected to be the subject of another inquiry.

The findings of another inquiry by the Electoral Commission was handed to the Tories just before the government attempted to smash up the existing standards regime.

Stocks, profit margins and the economy