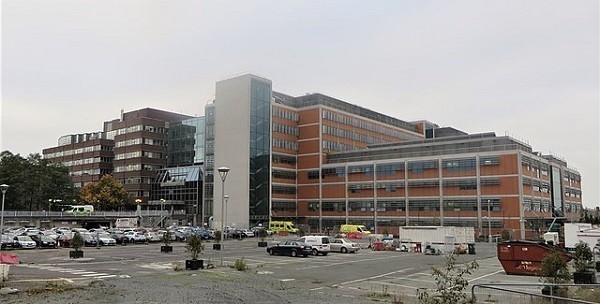 Covid-19 has done much to expose the chronic problems within the Irish health service. One such problem is the destructive influence of private healthcare. In its infancy, this was the method by which religious institutes and a substantial section of the medical profession lined their pockets. All the while, these groups claimed that private health providers were ‘non-profit’ institutions.

Private healthcare is one of the main legacies of the Catholic Church’s domination of public services in Ireland. For instance, John Charles McQuaid, Archbishop of Dublin, led the infamous opposition to the ‘Mother and Baby’ scheme in the early 1950s. This modest scheme, had it been successful, would have laid the basis for a public health system.

Capitalism though, exists for profit; otherwise, why exploit the labour of the working class? So it is no surprise that capitalists have found a way to make profits from supposedly non-profit organisations through other means.

A good example is the Mater Group which run the Mater Private Hospital and other institutions. The Mater Group is a subsidiary of the profit-making Oval Topco Limited, which has a turnover in its tens of millions and is registered in the UK, as well as Ireland. The shareholders cream off the hard-earned money of working people with health problems, who have been frightened by the decades-long degeneration of the public health system, of which the long waiting lists for basic treatment are the most obvious result; delays in treatment, which have been compounded by the pandemic. Meanwhile, working-class people are being constantly bombarded through the media by ads for private health insurance companies offering nothing more than a bogus ‘peace of mind’.

Right now, Oval Topco is in the process of suing the cash strapped Health Service Executive (HSE) – the publicly funded healthcare system in the Republic, responsible for the provision of health and personal social services – for €6.6 million it claims it is owed for making the ‘group’s capacity’ available to the HSE during the early months of the Covid pandemic.

The company is claiming it lost money because of the loss of its ‘normal business’. i.e. providing for-profit healthcare only to those who can pay could not be done while its hospitals were used to provide healthcare during a deadly global pandemic. The poor things!

Of course, the mere idea of making private health assets available free of charge during a global pandemic, having witnessed the desperate covid scenes from countries like Italy in the early months of 2020, would not have occurred to the people who run a multi-million-euro company. Their purpose is to ruthlessly exploit the fears of working-class people faced with a deliberately underfunded public health system.

A victory for Oval Topco will see the companies behind The Beacon, Blackrock Clinic, and other private medical cash cows take their own action against the already beleaguered HSE; potentially winning tens of millions of public funds desperately needed by a public health system still trying to cope with the pandemic.

A short walk from The Square Shopping centre to Tallaght University Hospital in Dublin is all it takes to witness the obscenity that is private health in Ireland:  medical vultures like Affidea, the Beacon Renal, and others, feasting on the health care crisis alongside their fellow vultures IRIS REIT, the biggest landlord in Ireland gorging itself on the parallel housing crisis.

Militant Left argues that not one cent of public money should be paid to the private hospitals and that all private health facilities should have been and should still be expropriated for the public good, with no compensation for the greedy tight-fisted investors leeching off the working class.

The NHS, the Covid pandemic and the private insurance takeover

Under the influence of Lewontin: Volume Two

New Report Exposes the US’ Brutal and Illegal Economic War