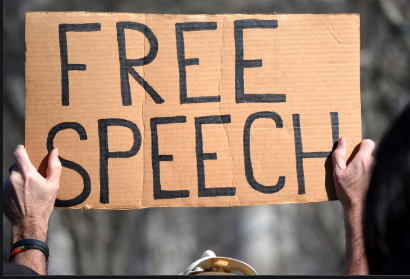 Some commentators have likened the struggle against Covid 19 to the world war experience. To those of us not alive in those times, that comparison can only be academic. What the anti virus battle reminds me of much more is an industrial strike.

In my twenties and thirties I was involved in several big union stoppages, as a supporter, participant and a couple of times, as a leader. Having for better or worse, helped lead some drawn out industrial stoppages makes me feel, to some extent, sympathetic to our present government coping with covid.

Leading a strike, your actions affect people’s lives but you can never be completely in control of your situation, for several reasons. Your  employer opponent has more financial resources and if needed, coercive power of the state to back them up. Your side, even an organised site accustomed to industrial action, will have a breaking point.

Governing politicians leading struggle against a virus can never be completely in control either. Some citizens inadvertently or deliberately flout the rules, other social problems demand centre stage attention and just when all the bases seem to be covered, the enemy unexpectedly mutates.

Big strikes and covid breakouts are times of great tension and in both cases the key to a degree of success is keeping your people together.

Although they were many years ago, I recall stopwork meetings as if they were yesterday.  Everyone from the job massing in a hall, muttering, expectant, awaiting the negotiator’s report back. Hearing the report in deadly attentive silence, occasionally broken with a sudden groan or exclamation if the news was bad – or if it sounded like the speaker was trying to put one across the crowd. Because the one unforgivable thing was for a union leader to try and work some sort of bullshit spin on the issue. Often, temptation to do this was strong. Sometimes, after several days – or sometimes weeks, it was obvious that complete victory was impossible. People were dividing, some impoverished strikers for returning to work at any price, others loudly insisting no surrender. You’d choose your words to try and secure a compromise that everyone could live with. The ensuing debate would not be fun.  No-one likes delivering bad news or being the one to argue for retreat. But a union leader would usually retain respect as long as they didn’t conceal or distort the facts, or otherwise try and railroad the workers final vote deciding their destiny.

I feel fortunate to have had the mass stopwork meeting as my university. On a well organised union site, leaders are under the microscope. Often an uncomfortable place, the stopwork meeting’s the most democratic institution I’ve ever experienced.

In these uncertain times there’s an understandable feeling among some that the best thing we can do is keep our head down. In some quarters any criticism of our government  amounts to treason. Because people’s control of the  anti virus strategy issue is so limited, I think its all the more vital to keep awake and speak out if things don’t look like they add up right.

The definition of my sex is not hate speech