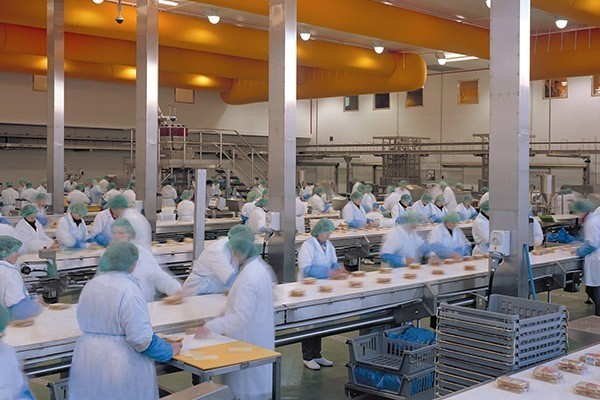 People were kept at work even as the virus raged

An MPs’ inquiry has confirmed that the Tories sacrificed tens of thousands of lives with their fatal handling of Covid-19.

But it lets ministers off the hook. It says its purpose is “not to point fingers of blame but ensure an accurate understanding of both successes and failures”.

That’s a cop-out because there is plenty of blame to be handed out, and the culprits start in 10 Downing Street.

It says the government backed a strategy that amounted to “herd immunity” in the early stages of the coronavirus pandemic, essentially abandoning people to the virus.

It was “one of the most important public health failures the United Kingdom has ever experienced”, the parliamentary inquiry has concluded.

The joint report—agreed unanimously by 22 MPs— is the first official investigation of the British response to the pandemic ahead of the full public inquiry promised by Boris Johnson. It should be enough for everyone involved to resign, although they won’t.

The MPs accused the government and its scientific advisers of “group think” that failed to take account of effective action to tackle Covid-19 taken in other countries.

The report by the House of Commons science and technology and health and social care committees said Britain had “some of the best expertise available anywhere in the world”.

But ministers decided to delay lockdowns and social distancing during the early weeks of the pandemic. The country was slower to lock down in March 2020 than several other European nations and made an “inexcusable oversight” by failing to launch a successful test and trace operation as many east Asian countries did.

Despite being one of the first countries to develop a test for Covid-19 in January 2020, Britain “squandered” its lead and “converted it into one of permanent crisis”. The consequences were profound, the report says. “For a country with a world-class expertise in data analysis, to face the biggest health crisis in 100 years with virtually no data to analyse was an almost unimaginable setback.”

When the test, trace and isolate system was rolled out it was “slow, uncertain and often chaotic”.

Further criticism is levelled at poor protection in care homes, for black, Asian and minority ethnic groups and for people with learning disabilities.

But the report has massive failings. It fails to identify the root of the killer policies. It wasn’t some technical or bureaucratic incapacity, it was a deliberate elevation of profits before people.

At every point protecting big business and keeping as many people as possible at work came first. That’s why schools were reopened too soon, and why restrictions were ripped away too early.

That was why Johnson said “Let the bodies pile high in their thousands.” on 30 October last year, in response to the idea that there could be further lockdowns.

And the Labour Party and the trade union leaders went along with almost everything the Tories did.

Hannah Brady, of the Covid-19 Bereaved Families for Justice group, said the report found the deaths of 150,000 people were “redeemed” by the success of the vaccine rollout.

“The report is laughable and more interested in political arguments about whether you can bring laptops to Cobra meetings than it is in the experiences of those who tragically lost parents, partners or children to Covid-19.

“This is an attempt to ignore and gaslight bereaved families, who will see it as a slap in the face,” she said.

Covid-19 has far from gone away. The Tories must pay for their crimes.